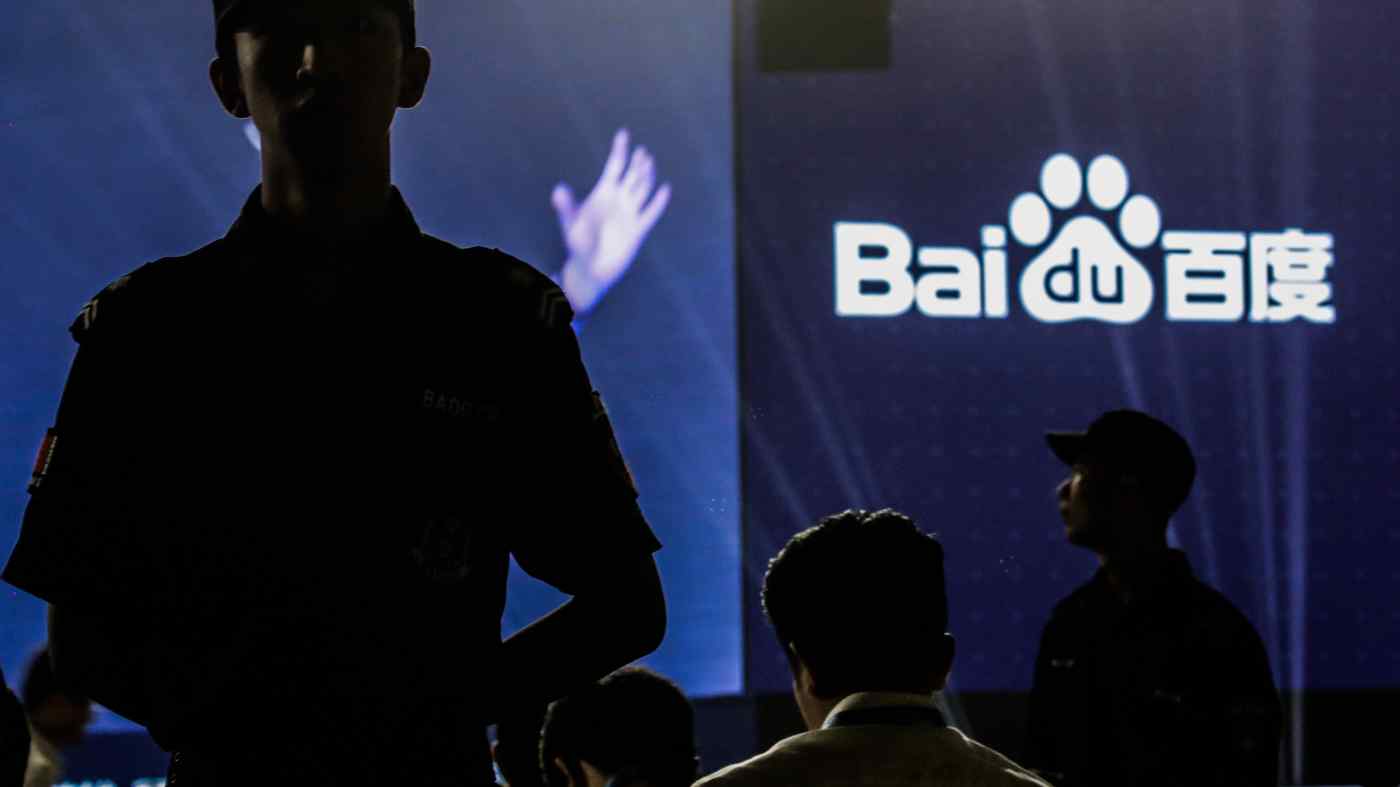 Baidu has said it is struggling to adapt to changing user behavior, including the shift from PCs to smartphones.   © Reuters
COCO LIU, Nikkei staff writerNovember 7, 2019 15:52 JST | China
CopyCopied

Known as the "Google of China," Nasdaq-listed Baidu lost nearly 6.4 billion yuan ($892 million) in the July-September quarter, according to its filing on Wednesday night in the U.S. It is Baidu's second net loss since the company went public in 2005. In the first quarter of this year, Baidu reported a net loss of 327 million yuan.

The red ink reinforced market worries that Baidu -- once grouped among China's big three "BAT" tech companies alongside Alibaba Group Holding and Tencent Holdings -- is struggling to cope with the changing landscape of the smartphone era.

While Baidu widened its loss, New York-listed Alibaba delivered a profit of 72.5 billion yuan in the July-September quarter. Hong Kong-listed Tencent is scheduled to report its earnings on Nov. 13.

Baidu's revenue for the quarter grew 3% on the year to 28.1 billion yuan, slightly higher than the market consensus of 27.5 billion yuan, as polled by data provider Refinitiv. The quarterly loss was due largely to the noncash impairment loss of 8.9 billion yuan on its investment in Chinese travel agency Trip.com. Baidu last month sold down its holding in the company to stem its losses.

Shares of Baidu jumped 4.3% on Wednesday in aftermarket trading in response to the better-than-expected revenue. However, the share price was still nearly 35% down from early this year.

Li, who founded Baidu in Beijing in 2000, also acknowledged that Chinese internet users' shift from personal computers to smartphones has made it harder for the company to provide and profit from its search services.

"A lot of large mobile apps are very much closed ecosystems. It is not easy for us to index their content as we did in the PC era," Li said.

Sales from online ads, marketing services and other core business units generated 21 billion yuan in the July-September quarter, about 75% of Baidu's total revenue. Despite a 25% increase in the number of daily active users, Baidu's core business grew only 3% by revenue compared to the same period a year earlier and registered a net loss of 4.3 billion yuan.

ByteDance, the operator of TikTok, rolled out a search engine service earlier this year to directly compete with Baidu, and the company already being seen by some as the new B in China's BAT trio. Tencent, whose instant messaging app WeChat has more than 1.1 billion users, largely in China, also allows its users to search within the app.

While Baidu's major revenue generator is under pressure, its new initiative has yet to take off. The company has placed artificial intelligence at the center of its future development, but Li acknowledged that its AI ambitions will not help improve the company's bottom line anytime soon.

"The main challenge is that the [AI] market is not growing as fast as some would expect," Li said in the call. "We have to continue investing in new initiatives and waiting for the market to become more mature."

One example is AI-empowered smart speakers, a key products Baidu is promoting. The company earlier this year overtook Google to become the world's second-largest seller of the devices, behind only Amazon, according to market research firm Canalys. However, some of Baidu's smart speakers are priced as low as 89 yuan, raising questions on whether the company has sacrificed profitability to gain market share.