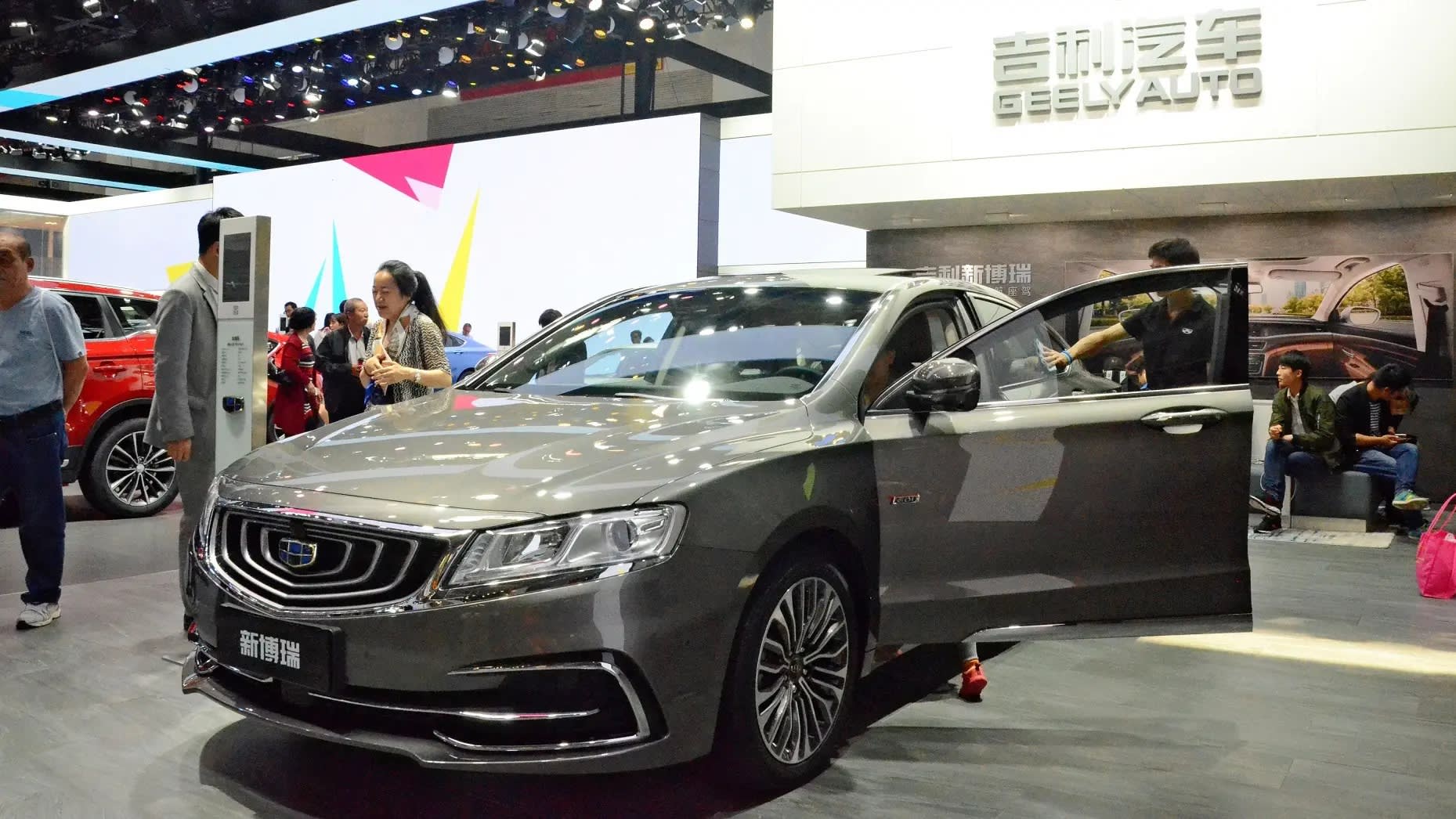 Although China's new car market shrank for the first time in 28 years in 2018, Zhejiang Geely Holding Group has continued to grow. (Photo by Shunsuke Tabeta)

BEIJING -- Chinese automaker Zhejiang Geely Holding Group will establish a design center in the U.K. led by a veteran of Jaguar Land Rover and Aston Martin, as it looks to boost global sales by offering more stylish cars.

The facility, to be located in Coventry in central England, will design Geely vehicles for the Chinese market, as well as models for Malaysian affiliate Proton Holdings, British subsidiary Lotus Cars, and Lynk & Co., a joint venture between Geely and Swedish unit Volvo Cars.

Wayne Burgess, a British designer with extensive experience in luxury vehicles, will be in charge of the center, which hopes to house 100 designers in five years. Chinese automakers will likely snap up more talent from European competitors as they trim staff due to the uncertainty generated by Britain's pending exit from the European Union.

Geely already has design centers in Shanghai, the Swedish city of Gothenburg, Barcelona and California, with more than 900 total staff. The group sold about 2.15 million cars worldwide last year, up 18% from 2017. Geely Auto Group, which includes Lynk & Co., accounted for about 1.5 million vehicles, while Volvo numbered about 640,000 and Lotus around 1,630.

Based in Zhejiang Province in eastern China, Geely is one of the country's leading private automakers. The company bought Volvo in 2010, and Germany's Daimler announced last year that Geely founder Li Shufu had acquired a nearly 10% stake. Geely is now pouring resources into growing regions like Southeast Asia -- where it acquired 49.9% of Malaysian national automaker Proton in 2017 -- and burgeoning fields such as car-sharing.