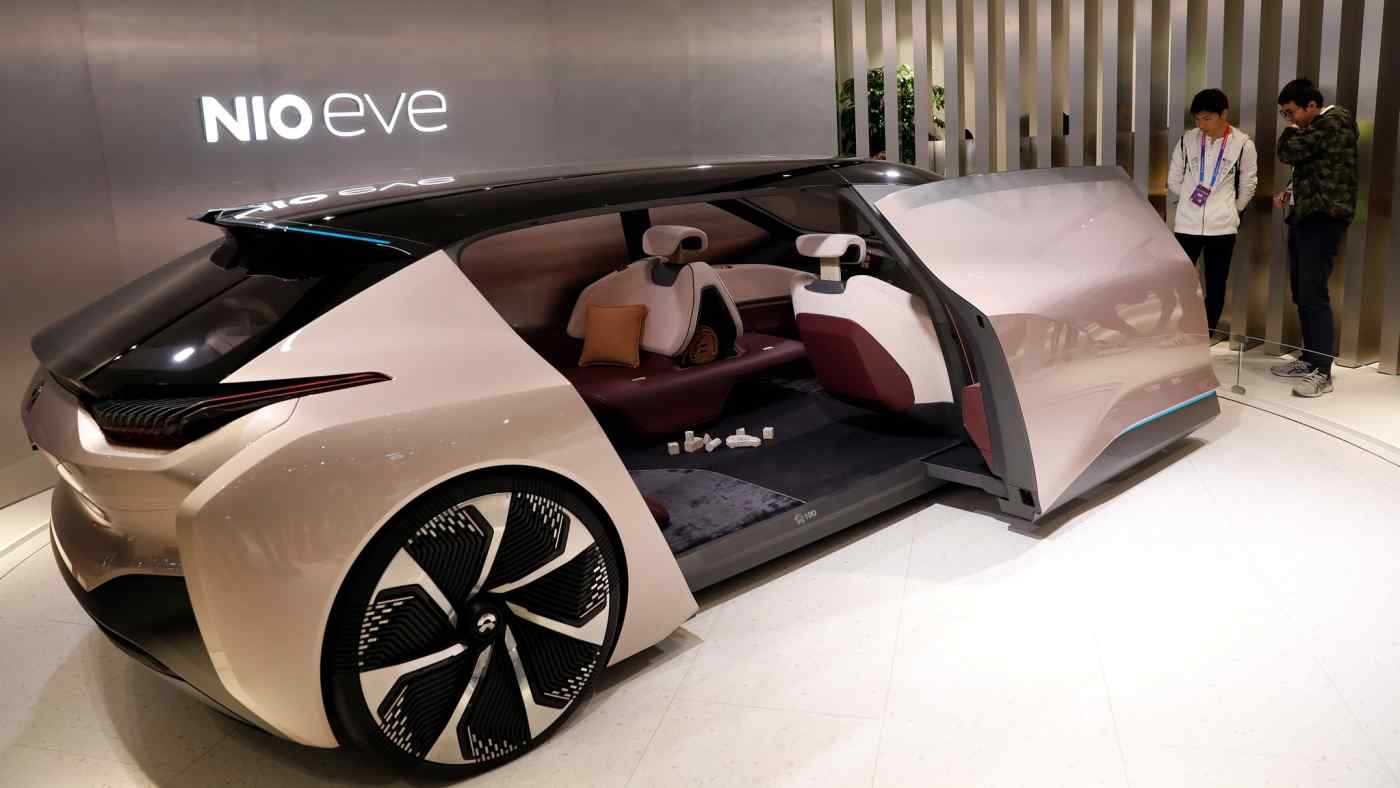 NEW YORK -- Chinese electric-vehicle startup NIO aims to raise up to $1.8 billion through its initial public offering in the U.S.

The company, which often cites Tesla as its main rival, filed plans to list on the New York Stock Exchange with the U.S. Securities and Exchange Commission on Monday.

The strategy presents an interesting contrast with that potentially being pursued by the California-based maker, after Tesla CEO Elon Musk hinted at taking the company private last week.

In its IPO plan, NIO said it would use the money raised for research and development, as well as improving sales networks and production facilities in its home market. The plan also picked out Tesla's Model X for comparison with Nio's first mass-produced SUV, stressing the cost advantages.

NIO posted a net loss of $750 million last year. For the first six months of this year, sales came close to $7 million, while net losses stood at $500 million.

NIO has previously secured funds from Chinese tech giants and prominent investors. Its shareholders include internet company Tencent Holdings and search engine Baidu. Support from these companies has made it possible for NIO to go public in the U.S. just four years after it was established.

With government backing, China has become one of the world’s biggest electric-car markets and several global manufacturers are making forays into the country. Tesla, for example, announced earlier this year that it would build its first overseas plant in Shanghai.