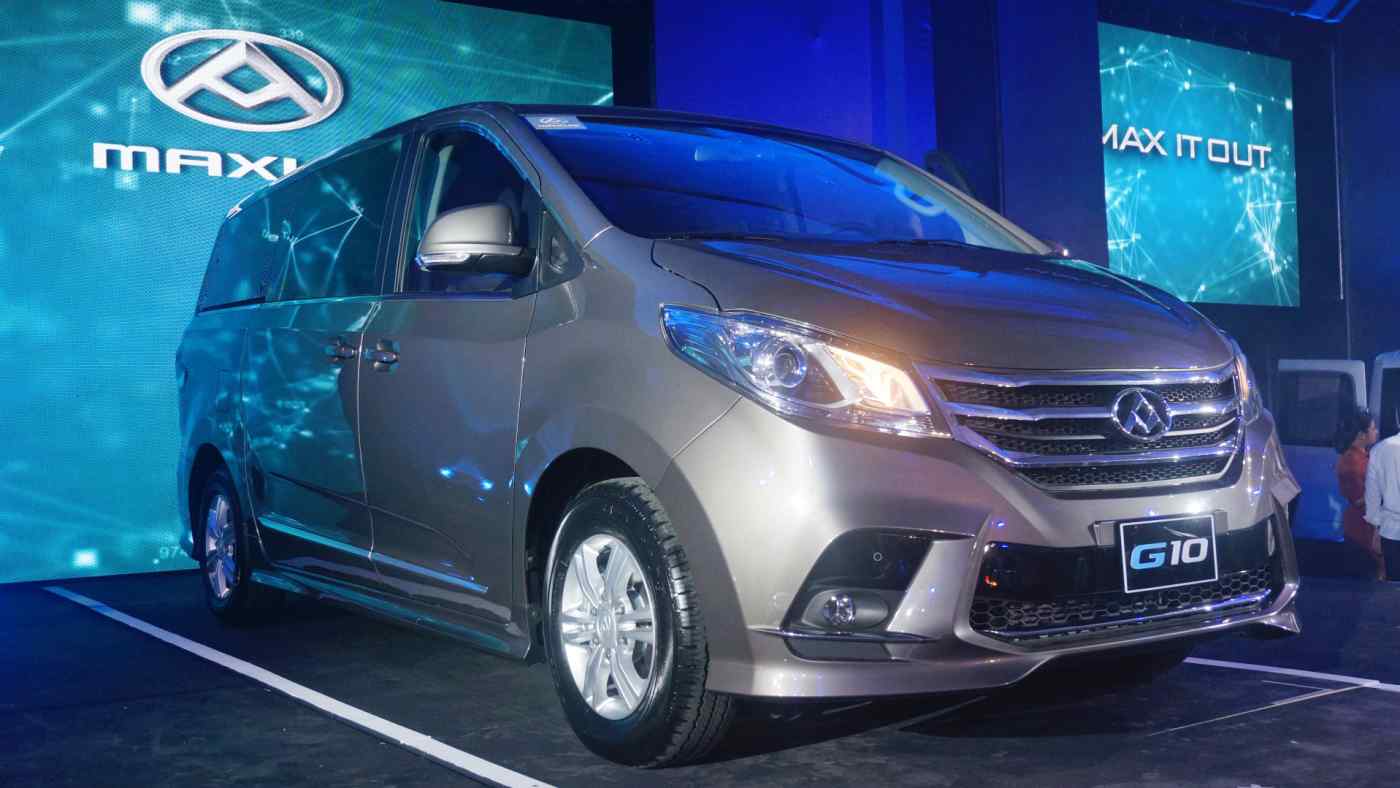 MANILA -- Chinese automaker SAIC Motor is moving to undercut Japanese rivals in the Philippines, one of Southeast Asia's fastest-growing economies.

SAIC rolled out its Maxus brand in the country on June 6, joining a few Chinese auto marques that were already on the roads. The launch underscores Chinese carmakers' determination to crack a Southeast Asian market that has been a stronghold of Japanese manufacturers for decades.

In SAIC's corner is Philippine conglomerate Ayala, which is importing and distributing the Maxus line. It started selling two models on June 6 -- the G10, a nine-seat family van, and the V80, which can either be used for cargo or seat up to 18 passengers.

Ayala hopes to sell 600 units in the first six months, and triple the volume next year, according to Maxus Philippines General Manager Reginald See, who expects that "aggressive pricing" will attract buyers.

"I know that it will be a challenge for our new brand to penetrate a market that's competitive," See said. But with the pricing strategy, he stressed, "I think we will be able to do so."

Mitsubishi Motors sees the Maxus G10, which is priced at 1.68 million pesos ($32,500), as a close competitor to its seven-seat Montero, which goes for over 1.8 million pesos. Japanese brands cornered roughly 80% of the Philippine market in 2018, led by Toyota, Mitsubishi and Nissan. But a Mitsubishi Motors Philippines official conceded that "a bigger family van sold at a cheaper price could be a threat to some extent."

"The Philippine market is very price sensitive," the official said, adding that Mitsubishi is offering promotional discounts to make its cars more competitive.

Last year's overall sales figures show just how price-conscious Philippine buyers can be. Sales fell 16% to 357,410 units -- the first decline in seven years -- after the government introduced a new tax that made some cars more expensive. Owning a vehicle remains something of a status symbol in the country, where public transport is limited.

Maxus was originally a British brand before SAIC acquired it in 2010 and began manufacturing in China. "These are not poor-quality vehicles," See said, addressing a perception that tends to hound Chinese-made cars. "We really need to counter that."

But distributors face an uphill battle to crack markets where Japanese players have established networks. See said that in the Philippines, lower prices alone will not be enough.

"It won't be an immediate [shift]," he said. "We need to work hard to promote the brand and let customers test-drive and feel the car and the products."