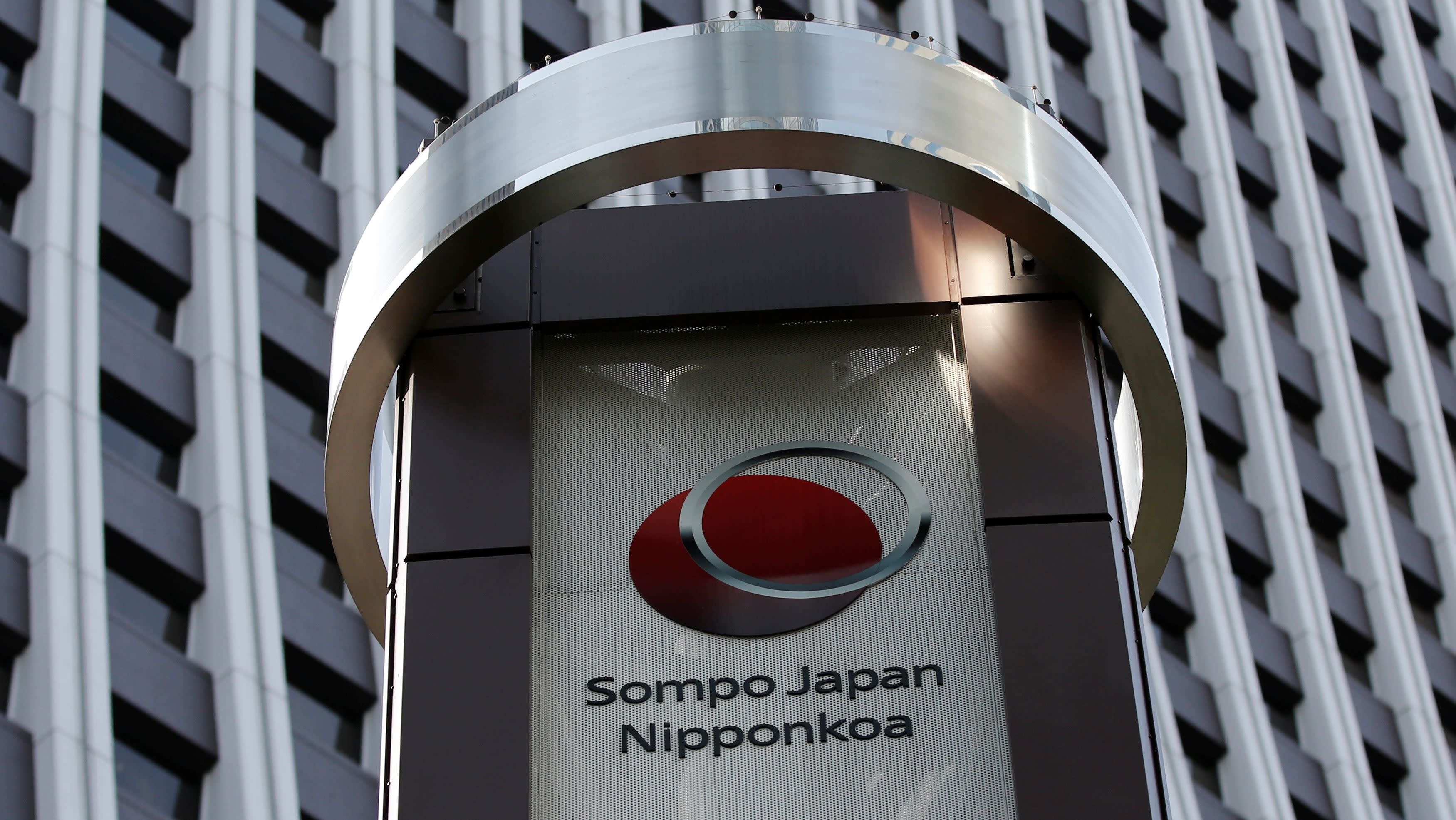 Under the deal, ZhongAn, backed by Tencent Holdings, Ant Financial Services Group and Ping An Insurance Group, will help the Tokyo-headquartered company build its IT insurance platform, and will roll out internet-based insurance products within nine months, according to a person with direct knowledge of the deal.

This marks the Chinese online insurer's first deal outside China, at a time when it is facing tightened regulation on financial technology at home and a dwindling share price since its initial public offering in Hong Kong last September. The share price has fallen by almost half since its debut of 59.70 Hong Kong dollars. The company's net loss for the first half of the year widened to 655.83 million yuan ($96.2 million), from 286.8 million yuan a year ago.

Sompo Japan, which was founded in 1887 as Tokyo Fire Insurance, has stepped up its digital push in recent years with the establishment of a digital research lab in Silicon Valley in the U.S. Sompo Japan began a global search for digital partners last year, the person said, adding that ZhongAn was the best choice because of its big business volumes in China.

The deal will also open the door for the Chinese insurer in one of Asia's most affluent markets. It has already secured a strategic investment from Japan's SoftBank Vision Fund to set up a joint venture for international expansion, the company said. According to a Sept. 12 statement, the two will invest $200 million to promote and sell the Chinese company's technology overseas.

"Starting this year, we have been considering offering our technology abroad," Wayne Xu, president of ZhongAn International, the overseas arm of the group, said during an investor day in Shanghai on Sept. 12. He said that while there were licensing and regulatory barriers in different countries, the pursuit of technology was a common goal.

ZhongAn had 1,536 engineers and technicians on its books at the end of June this year, representing 53.2% of its total workforce, its press information shows.

In addition to the traditional insurers, ZhongAn will also look to team up with international internet companies and monetize their online traffic by promoting more financial services on their platforms, another person familiar with the company's international strategy told Nikkei. It is also in discussions with insurers and internet companies in South Korea and Southeast Asian countries for potential partnership, the person added.