TOKYO -- Much of the success of the electric vehicle will come down to the performance and price of rechargeable lithium-ion batteries, the costliest and heaviest component of the car.

Just seven years since its founding, one Chinese company has emerged as a rising star in the battery industry, backed by strong support from Beijing.

Fujian-based CATL was the center of attention at "Battery Japan," a trade show held in Tokyo in March. Liang Chengdou, head of CATL's research center, spoke with confidence. "Batteries produced by CATL for EVs will become as competitive as internal-combustion engines through technological innovation," he promised.

CATL calls itself "the first Chinese battery company to supply to the global industry chain." It has been producing batteries for BMW's X1 sport utility vehicle since 2012, as well as supplying to Volkswagen and Daimler. Now it is preparing a $2 billion initial public offering on the Shenzhen Stock Exchange, much of which will be invested in a massive new plant in China.

The new factory will raise CATL's capacity to 50 gigawatt-hours per year in 2020 from 11.8 GWh in 2017. That would put it ahead of Panasonic's Gigafactory for Tesla in the U.S. state of Nevada that churns out 35 GWh of batteries annually. 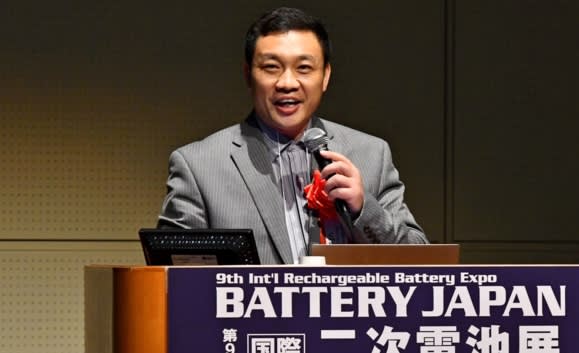 The Chinese battery maker is already making waves in the global market. According to Techno Systems Research, in fiscal 2018, Panasonic, the world's largest manufacturer of lithium-ion batteries for cars, is forecast to take 18% of shipments, while CATL's share is projected at 17%, topping China's one-time leader BYD, at 15%.

The engine behind CATL's rapid growth has been China's "new energy vehicle" policy, which takes effect next year. This requires a minimum share of domestically built and imported cars in China to be electric vehicles, plug-in hybrids or other unconventionally powered cars.

China's Didi teams up with BAIC on electric-car sharing service

The rules are complicated, but the overall ratio for new energy vehicles has been set at 10% for 2019 and 12% for 2020. Cars will not qualify as new energy vehicles unless they use rechargeable batteries made by government-designated manufacturers. CATL is set to take full advantage of the rules.

Prices for rechargeable batteries are critical to making electric cars competitive with conventional cars because many power cells are needed to give them sufficient range. "Prices for electric vehicle [batteries] are 1.4 million yen ($13,130) [apiece], compared with 60,000 yen for hybrid cars," said Koji Kobayashi, executive vice president of Toyota Motor, at a news conference in February announcing the carmaker's earnings. "It is difficult to say whether we can pass those costs on to product prices," he said.

To curb those costs, battery manufacturers are expanding output. Along with CATL and Panasonic, Samsung SDI and LG Chem of South Korea, and others are increasing capacity. IHS Markit has forecast global capacity in automotive batteries will rise 350% by 2020 versus 2016.

U.S. automaker General Motors has announced that it will buy batteries from LG Chem at a cost of $145 per kilowatt-hour. CATL's Liang said the price will fall to $100 by 2022. 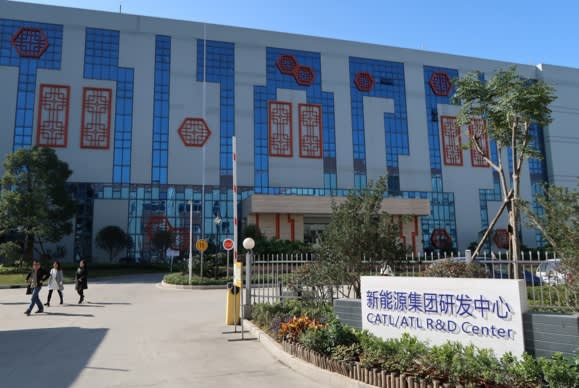 Although the automotive battery business is growing quickly, it is not without risk, as seen in earnings announced recently by Robert Bosch, the world's largest autoparts maker. The German company said in its report that the initial investment of 20 billion euros ($24.6 billion) required to make such batteries at commercial scale, in addition to billions of euros in annual operating costs, made the investment too risky. It has thus decided not to produce batteries for electric cars on its own.

Nissan Motor has sold off its stake in an automotive battery joint venture with NEC to a Chinese investment fund. Toyota has teamed up with Panasonic and is seeking more partners. The carmaker plans to make enough batteries to supply its own needs and also sell to other carmakers.

In addition to high startup costs, securing raw materials is another challenge. International prices for cobalt, used in battery anodes, have more than tripled over the past two years. In the autumn of 2017, Volkswagen drew attention for reportedly bidding for long-term supplies of cobalt. Congo, which is the source of more than half the world's cobalt, has been criticized for using child labor in mines.

While prices may stabilize if cobalt mining attracts more investment, they will continue to seesaw for some time, said Richard Kim, an analyst at IHS Markit.

Given the high value of the materials used in batteries, recycling is essential. Japan has experience in this area, thanks to the many hybrid vehicles on its streets. Toyota later this fiscal year will begin a pilot project in which spent batteries will be used in large-scale storage battery systems. Honda Motor is developing technology to remove nickel and cobalt from used batteries for recycling.

With China's new energy vehicle policy kicking in, 2019 is forecast by many to be the turning point in the switch to electric cars and other new energy vehicles. But not all players will be coming out of the starting blocks together. China will be the testing ground for developing supply chains, including procurement of inputs, battery production and recycling.