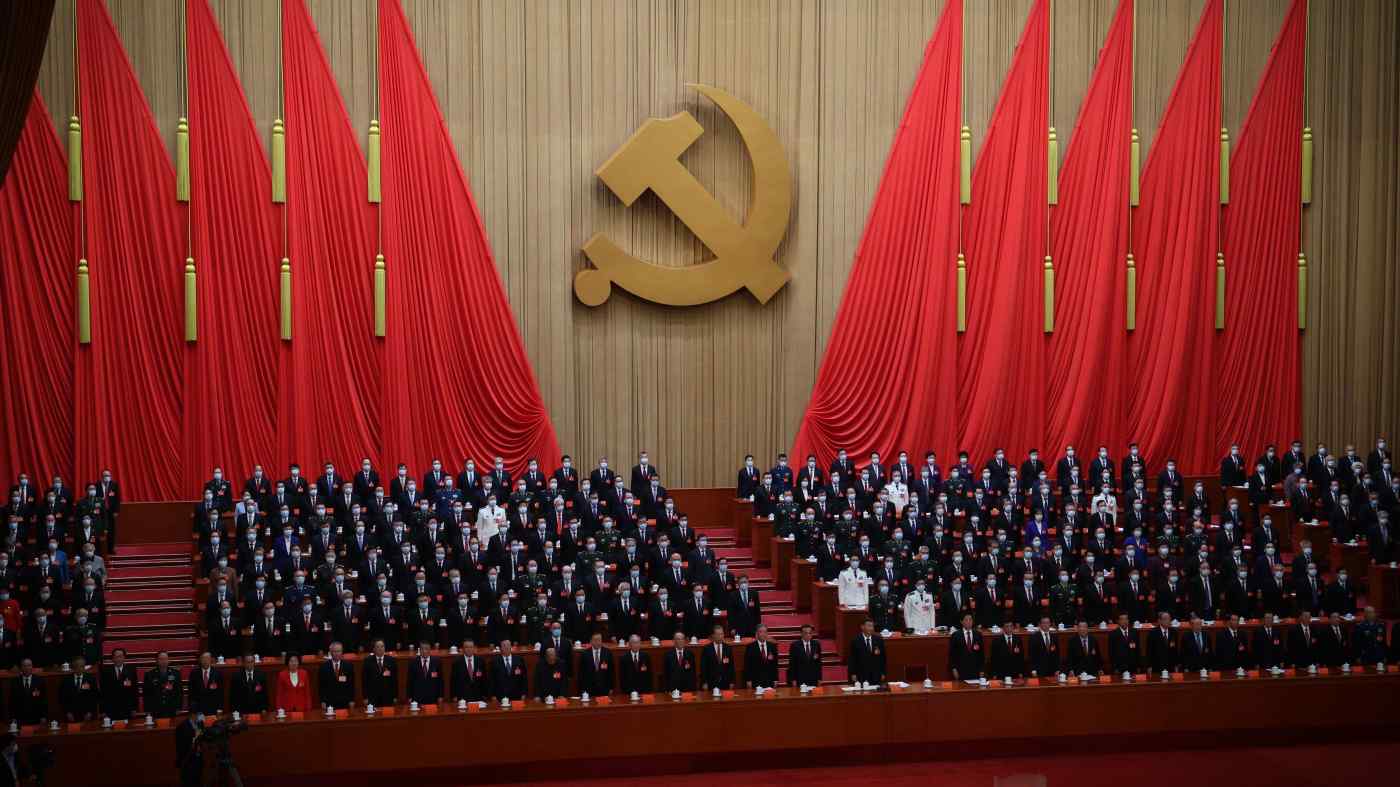 The closing ceremony of the 20th National Congress of the Communist Party of China, at the Great Hall of the People in Beijing on Oct. 22. (Photo by Yusuke Hinata)
KENJI KAWASE, Nikkei Asia chief business news correspondentOctober 31, 2022 21:22 JST | China
CopyCopied

HONG KONG -- China's Communist Party congress underlined fears that President Xi Jinping is extending his grip over business and the economy -- but Chinese companies were already starting to bow to Beijing's wishes by enshrining the role of the party in their businesses.

An analysis by Nikkei Asia has found that as of Friday, more than two-thirds of the mainland-listed companies whose shares can be traded by international investors in Hong Kong -- 1,029 of 1,526 companies -- have articles of association that formalize the role of in-house Communist Party cells. Most have been rewritten during the Xi era.