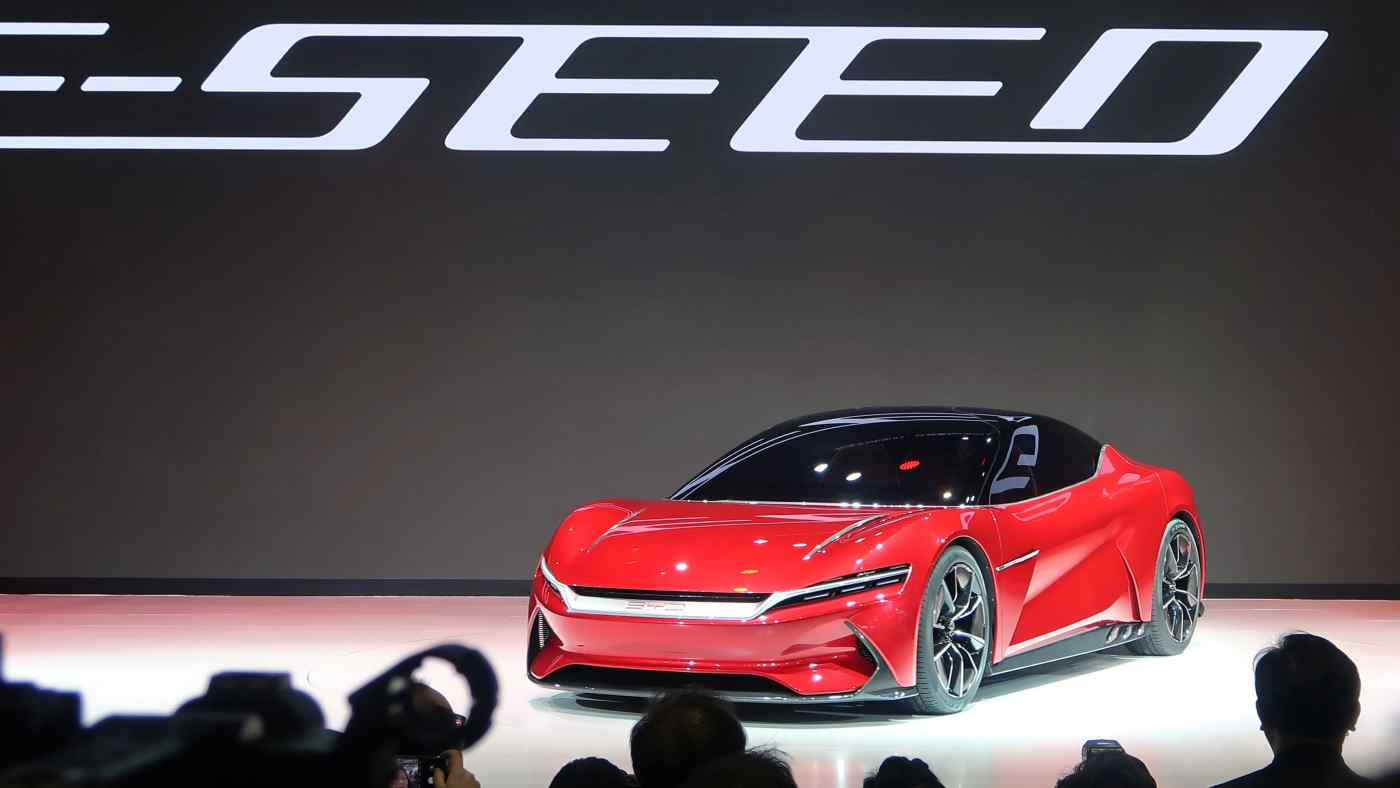 The automaker took in a net profit of 749.7 million yuan ($111 million) for the three months ended in March, up more than sevenfold from a year earlier, the company said Sunday. Revenue rose 22.5% to 30.3 billion yuan.

BYD sold 73,172 new-energy autos in the first quarter, a category that includes hybrids as well as electrics. That equates to a 147% jump on the year, compared with the 110% gain in new-energy vehicle sales nationwide.

Though sales of gasoline-fueled autos dropped 46% to 44,406 units, the decline was more than offset by their battery-powered counterparts. BYD lifted its overall vehicle count 5% on the year to 117,578.

BYD's bottom line for the quarter benefited from the absence of fair value losses on assets, which were booked last year. The company forecasts that net profit will more than triple for the first half. But the company, which holds a 20% share in the domestic market for new-energy vehicles, faces headwinds as China continues reducing subsidies for these cars.

The automaker received subsidies totaling 331 million yuan in the first quarter, dropping by roughly half from a year earlier. The government is due to cut this assistance once again in late June, which will apply downward pressure on profit.