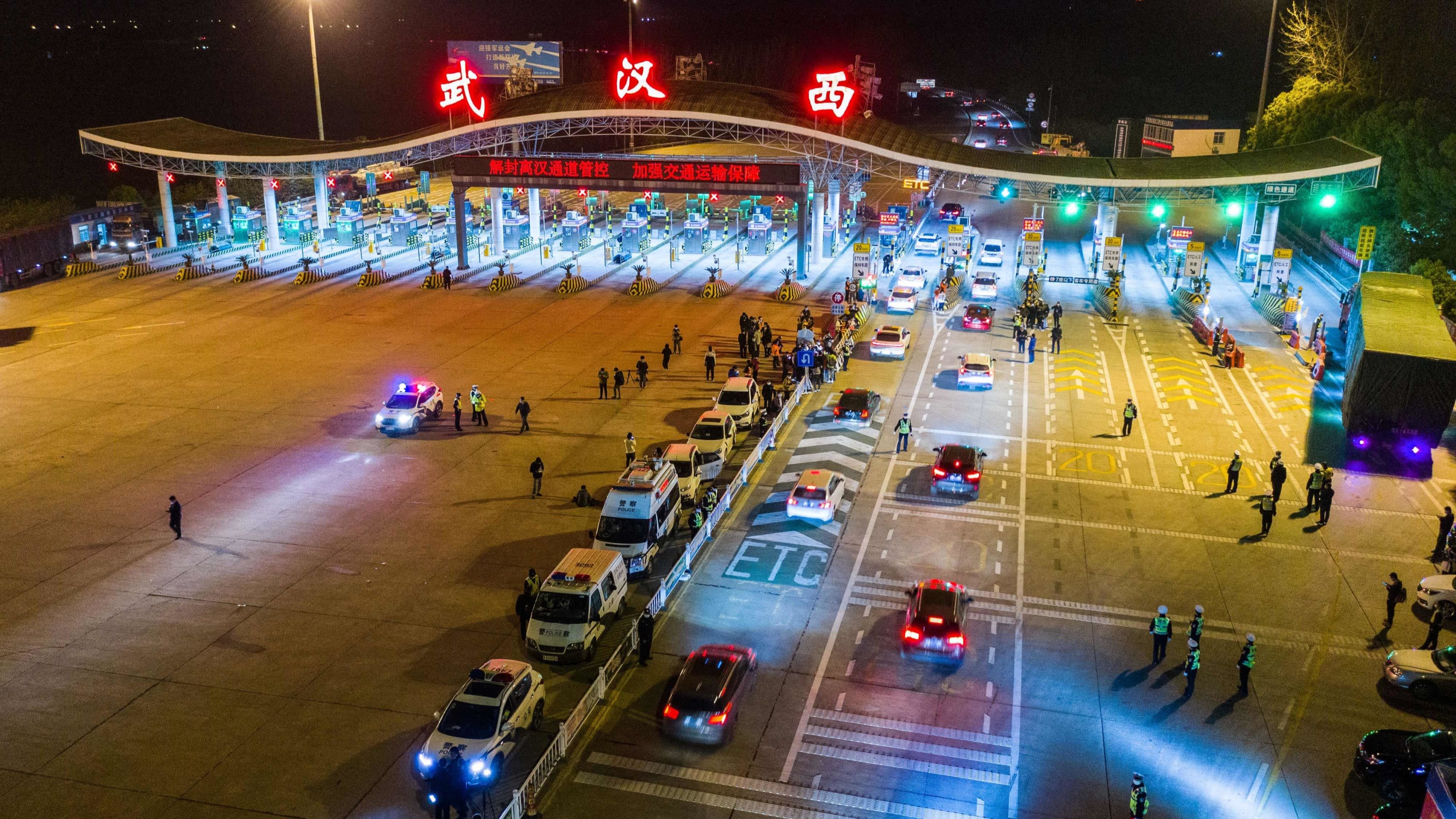 TOKYO -- As of midnight Wednesday, China's road, bridge and tunnel operators are once again free to collect fees from drivers, ending a two-and-a-half-month freeze on tolls introduced to help the country combat the coronavirus outbreak. But while authorities have declared the policy a success, it has left toll operators -- many of them state-owned and publicly listed companies -- with serious financial damage.

Wu Dejin, director of the highway department of the Chinese Transport Ministry, described the policy as "achieving good social results," when touching upon the termination of the policy during an online press conference last Thursday.

The emergency measure, implemented on Feb. 17 with a very short notice, was intended to "stand by companies to return to work and production, in order to provide vigorous support for the overall economic and social stability." By ending the policy, Beijing has in effect proclaimed that business has indeed returned to normal.

However, the financial damage done to these listed companies is quite substantial.

"Listed toll road companies that had been generating decent cash flows from their toll revenue before COVID-19 saw their income plummet in the first quarter this year," Gloria Lu, senior director at S&P Global Ratings, told the Nikkei Asian Review on Thursday. "Some companies with business predominated by toll road operations even incurred a net loss."

Indeed, 20 mainland listed companies that count toll roads as their main source of income were profitable during the first quarter of last year, but 18 of them turned to a net loss this year. The two exceptions were Dongguan Development Holdings and Heilongjiang Transport Development, though even their net profits dropped 60% and 97%, respectively, on the year.

For historic reasons, China had to utilize market mechanisms to swiftly build highway infrastructure after kicking off its reform and opening up policy in the late 1970s. Much of its fast-lane roads continue charge tolls and be operated under commercially-run entities. The operators are predominantly state-owned, but to gain substantial sums of investment capital, many of them chose to list, taking on thousands of minority shareholders in the process.

The country now has one of the longest paid highway networks in the world, covering 168,100 km as of the end of 2018 and bringing in 555.24 billion yuan ($79.1 billion) in total revenue that year, according to the transport ministry data. As it is licensed, the business is an inherently stable and lucrative one -- unless extreme circumstances leave it completely income-less, as happened lately.

The prospect is rather dim as well. Shenzhen-listed Henan City Development Environment already expects a net loss of between 25 million to 45 million yuan for the six months until June, a sharp reversal from a net profit of 337 million yuan last year.

Sichuan Expressway, one of the few operators dually-listed in Hong Kong and the mainland, did not clearly say how much, but "the toll-free policy has had a significant impact on the Company's operation" and expecting earnings for the coming quarter to "significantly decline as compared with those of the corresponding period of the previous year."

The sudden interruption of cash generation pushed some companies to hoard cash during the first three months. Jiangsu Expressway, another dual-listed operator, has raised 3.425 billion yuan via bond issuances and loans, which was almost seven times compared to the same period last year. The state-owned company -- which lists global financial powerhouses like BlackRock, Mitsubishi UFJ Financial Group, JPMorgan Chase and Citigroup among its top 10 shareholders -- said the action was "mainly due to the COVID-19 and the policy on waiver of tolls."

The question now is on compensation. The ministry earlier indicated it would implement "relevant ancillary protective measures to protect the rights of toll road users, creditors, investors and operators," but these have yet to materialize.

The mainland operators are not asking the government -- at least not openly -- for these measures. Shanghai-listed Guangxi Wuzhou Communications said last Thursday that the company is "doing our utmost to do whatever we can to decrease losses and increase profit" after announcing a more than 60% drop in its operating cash flow and a net loss for the first quarter owing to the unexpected government policy.

NWS Holdings, a Hong Kong-listed unit of New World Development, could be the closest one in urging Beijing to take action on this front. Being a listed company in the territory and not in the mainland, it has no obligation to disclose quarterly results, but it did issue a statement after the toll-free policy was lifted. Chow Tak Wing, executive director and company secretary, said the Hong Kong company "understands that certain ancillary protective policies from governments of the PRC are underway and discussions are taking place for safeguarding of the legitimate interests of the users, creditors, investors and operators of toll roads in a coordinated manner."

Daniel So, analyst at CMB International in Hong Kong, said, "Toll resumption removed a major policy overhang" for NWS, but added that "there has been no update on any 'protective policies'" by the government, which is a remaining policy overhang.

"In our view, the government is likely to extend the concession periods for toll road operators to make up for the revenue loss incurred during the 80-day toll suspension period," said Lu at S&P. "However, details remain scarce at this point."

Meanwhile, the outlook for road traffic itself has turned bleak. Qingqing Guo, an analyst at Moody's Investors Service who takes a generally positive stance on the toll-free policy, has downgraded the full-year road traffic volume outlook. Before the virus outbreak, the rating agency expected 5-10% growth for the year, but it now predicts a single-digit decline year-on-year or flat growth, at best.

On top of the loss during the beginning of the year, Guo sees "uncertainty around the pace of traffic volume recovery in the remainder of the year due to weakening economic conditions in China, as well as the global recessionary environment, which reduces Chinese exports and, in turn, commercial road traffic in certain manufacturing cities in China."