HONG KONG -- Meitu, the creator of a popular image-enhancing app in China, is preparing to expand its business into Europe and Latin America.

The company plans to open offices in the U.K., France, Germany, Argentina and Mexico by the end of the year, Chairman Cai Wensheng said at a recent news conference. 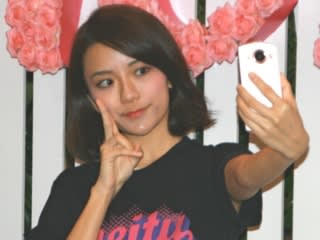 The smartphone app allows users to easily touch up their photos to make themselves look more attractive, such as enlarging their eyes. The app has been downloaded by 1.2 billion people, of whom 500 million were Brazilians, Indians, Japanese or other non-Chinese users, the company said.

"Until now, we have focused on countries with a population of 100 million or more," Cai said. "This year we aim to spread the app in countries of 50 million or more. We want to rival the likes of Facebook and Google in terms of the number of users within the next two years."

In the year to December, Meitu chalked up 1.6 billion yuan ($232 million) in sales, up 110% from a year before. Its net loss has shrunk from 710 million yuan to 540 million yuan thanks to brisk sales of its original smartphone, which made up over 90% of the overall sales, and more users making purchases of special items via the app.