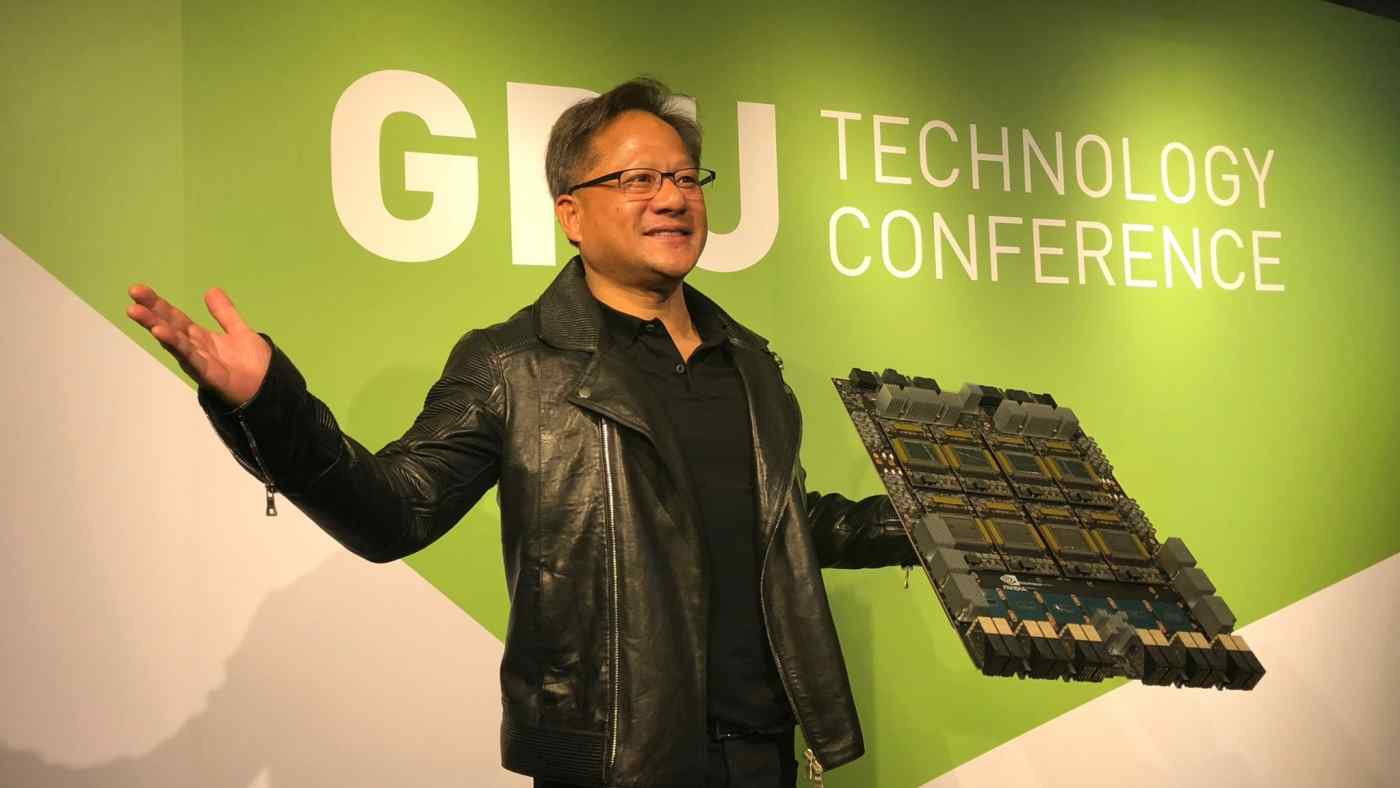 TAIPEI -- U.S. chipmaker Nvidia's founder and Chief Executive Jensen Huang said curbing China's technological development could not be achieved by adopting heavy tariffs or cracking down on companies such as ZTE, while he still expects the trade disputes between the U.S. and China to be resolved eventually.

"There is nothing that is slowing down China's development of technology. Nothing. They don't need any more inspirations," Huang told reporters in Taipei on May 30. "China is full-steam ahead and we all have to be full-steam ahead."

Huang's comments came amid trade tensions, initiated by Washington, which some have viewed as a means of containing Beijing's ambition to be a new tech superpower through its "Made in China 2025" program. This is intended to advance China's own technology, including semiconductors. Even if the seven-year ban on ZTE buying from American companies is lifted, the harsh crackdown that threatened the Chinese telecom gear provider's survival has sent a warning to Beijing and Chinese companies to be self-reliant on sensitive technology as soon as possible.

For the January-March period, while Nvidia's revenue advanced 66% to $3.2 billion from a year ago, its automotive-related business grew only 4% year-over-year to $145 million. In the same period, two fatal car accidents involving an Uber Technologies self-driving car and Tesla's semi-autonomous Model X raised concerns over the safety of driverless vehicles, overshadowing their technological development. Nvidia in late March halted its self-driving tests on public roads across the world in the wake of the Uber incident.

"The recent accidents are exactly the reason why we need to accelerate the development of self-driving cars, because if we do a good job, future cars will have fewer accidents," Huang said.

He said he was still upbeat about the realization of driverless technology and reaffirmed that he foresees fully autonomous vehicles hitting the road by 2021. 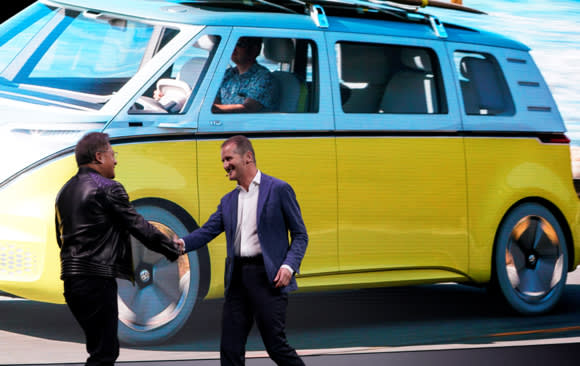 "In fact, I will say [deployment of self-driving] robot taxis in the city will probably be in 2020," said Huang, adding autonomous cars for individual consumers will be on the road in 2021. Autonomous taxis can start first because their operational area and conditions can be controlled and limited, according to Huang. "If the weather is not good, you can simply not operate the taxi."

When asked when Nvidia will resume testing on public roads, Huang said his company had been doing trials on private roads and in a virtual reality environment. Nvidia would start a new round of road tests for self-driving vehicles in the U.S. whenever its engineers were ready, he said. "It could even be tomorrow morning [if they are ready]."

The company disclosed in May that volatile sales to customers who mine digital currencies like Ethereum totaled $289 million for the March quarter, and that such revenue could drop to only one-third of the previous level in the current quarter. Shares of Nvidia dropped more than 4% from its all-time high of over $260 in early May. Most miners used graphics processors by Nvidia to mine Ethereum, the world's second-biggest digital currency by market value after Bitcoin. Ethereum's price, like Bitcoin, has shed around 60% since its peak in January.

"Right now the price of Bitcoin currency and the price of digital currency is down. There is too much speculation," said Huang. "The simplest way to think about cryptocurrency is just a bonus to our company. If there is no crypto demand, I am happy because Nvidia still has so many growing areas, and if there is crypto demand, there is an extra bonus to the [overall] demand. So, don't worry about it," Huang said.