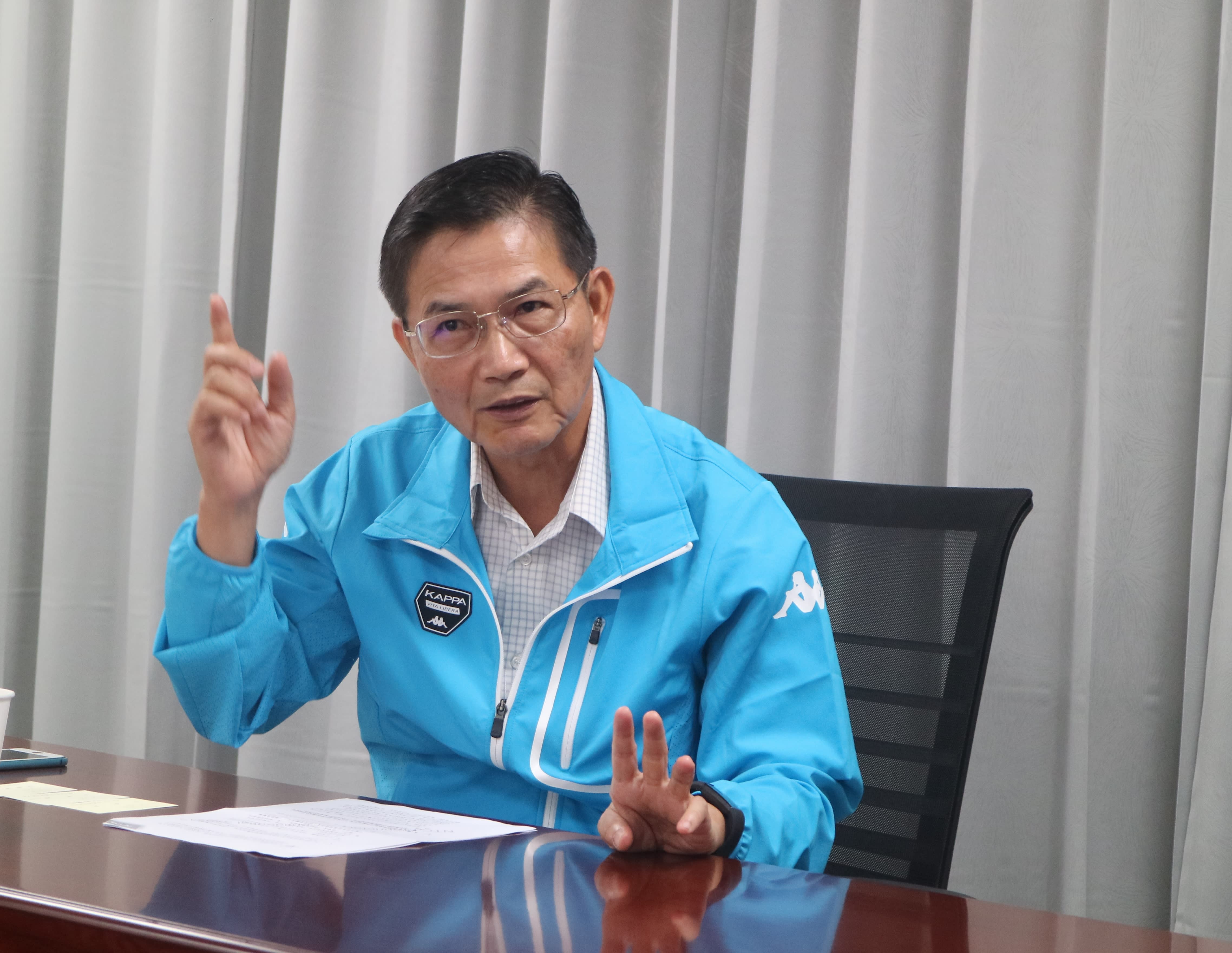 NEW TAIPEI CITY, Taiwan-- For Taiwan's leading memory chip maker Nanya Technology, China's ambition to build up a competitive semiconductor sector is a threat to the balance of the industry, although it will not have an impact before three to five years, according to a top company executive.

"Currently, the industry's key players are in control over their output expansion and we don't see any incentive at the moment for them to license technology to new players in China," said Lee Pei-Ing, president of Nanya Tech, in an interview with the Nikkei Asian Review on July 27, adding that it would take at least three to five years for Chinese challengers to catch up to the major players or even cause oversupply issues in the industry.

Lee's comments came as China is pouring funds from central and local governments into supporting big chip projects across the country. State-backed Tsinghua Unigroup is setting up two advanced memory chip parks valued at $54 billion in the Chinese cities of Wuhan and Nanjing. Another $7.2 billion DRAM facility for Hofei Chang Xin Network Technology is currently under construction. Meanwhile, Taiwan's United Microelectronics has teamed up with Jin Hua Integrated Circuit to co-develop a DRAM technology and production site, using funding of more than $5 billion from China's Fujian province.

These emerging forces are also hoovering up many high-profile industry executives such as David Wang, former chief executive of Semiconductor Manufacturing International and former vice president of Applied Materials, Charles Kau, former president of Nanya Tech, and former UMC head Sun Shih-Wei. Hundreds of engineers from Taiwan and South Korea have also been lured to the new Chinese chip groups by the promise of much bigger salaries, according to industry sources.

After losing a group of staff to Chinese rivals, Micron Taiwan in April said it had been in touch with the Taiwanese investigation bureau and the U.S. Federal Bureau of Investigation to look into possible intellectual property theft. Criminal prosecutors have already made some related arrests.

Lee said he had seen Chinese companies poaching talent from his company with "very high salaries." Nanya Tech has recently invested "millions of U.S. dollars" to enhance its information security systems to avoid technology leaks, and has also given substantial salary rises to 500 selected employees to counter China's aggressive moves, according to Lee.

"What we are really concerned about is the unlawful leak of sensitive technology blueprints to competitors, not only the outflow of people," said Lee.

"These former employees poached by China are more from the production and operation side. It's still not clear whether they could develop such complicated memory chips from scratch on their own," he added.

Avril Wu, an analyst at Taipei-based research firm DRAMeXchange, said it was not known what products the Chinese upstarts could deliver but one thing that is certain is that "it's a very tough task and they still have a very long way to go to churn out quality memory chips to disrupt the market."

Currently, the DRAM industry is on an upward trajectory. For the second half of 2017, Nanya's Lee expressed optimism about market demand, adding that there was room for the DRAM price to go up thanks to continuous tight supply.

"For the year of 2018, the overall DRAM industry continues to look healthy although there might be some minor seasonality factors," said Lee.

The most important growth drivers are coming from data center servers and mobile devices, the executive said. Other positive factors could be attributed to new voice-activated gadgets and the increasing requirements for data-processing in automobiles, cameras and various artificial intelligence applications.

The average price of DRAM chips has picked up around 50% since the third quarter of 2016 and there is some 10% upside in the price in the second half of 2017, according to DRAMeXchange's Wu.

Wu also echoed Lee's view that the DRAM industry is likely to stay robust through the year of 2018, as no notable capacity is expected to enter the market and damage the supply-demand balance.

"Some uncertainties could come up later in the year of 2019 when a new SK Hynix facility in the Chinese city of Wuxi goes into production. We would tend to be careful around then," added Wu.

Nanya Tech has recovered from its two biggest ever annual losses in 2011 and 2012, which totaled NT$75.9 billion. During that serious industry downturn, Japanese DRAM maker Elpida Memory filed for bankruptcy and sold itself to Micron, and many players exited the market due to a supply glut causing sluggish demand and plunging prices.

Lee said the DRAM chip market would no longer suffer from the steep rises and falls it had experienced in the past as customers and applications are much more diversified than five years ago.

Previously, Nanya only had about five or six big personal computer and servers clients representing about 90% of its sales, meaning it was highly vulnerable to any market slump, but now it is working with more than 600 customers.

"The market has become much more stable and sustainable. Although we are not the biggest player or the one with the most advanced technology, we really know our position," Lee said. He added that there were now so many smaller clients and sizable niche markets that the big memory chipmakers did not want to get involved in.

The Taiwanese company does not supply U.S. tech group Apple, but sells to Chinese mid-range smartphone makers, networking gear providers such as Huawei and ZTE, and a wide range of consumer electronics makers.

Lee also revealed that, about six months ago, Nanya Tech deployed a team to work on leading-edge, 10-nanometer DRAM technology. Such chips are not yet widespread in the market, though Samsung, SK Hynix and Micron are all striving to commercialize them. The fewer the nanometers, the more challenging and expensive it is to develop and produce a chip.

Shares of Nanya Tech have surged around 64% from a year ago to NT$62 when the market closed on August 3.