China will suffer if iPhones are made in US, says Advantech boss

Trump's 'Made in US' plan will kill mainland jobs, warns head of Taiwanese tech company "China is likely to feel a huge impact if Trump sticks to his pledge to have iPhones assembled in the U.S.," Advantch President Chaney Ho told the Nikkei Asian Review in an interview.

"China could see jobs disappear, and the Chinese economy could continue to slide," Ho said. China is expected to post lower economic growth in 2016 than the 6.9% it recorded in 2015, the country's weakest in 25 years. 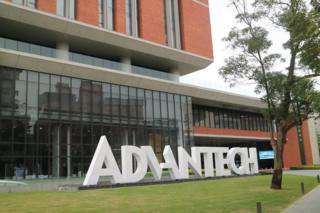 The world's largest industrial PC maker, Advantech, is expanding its manufacturing campus in the Taiwanese city of Taoyuan. (Photo by Cheng Ting-Fang)

After the election on Nov. 8, Trump told The New York Times that he spoke with Apple's Chief Executive Tim Cook over the phone and told him to build plants in the U.S. rather than expand its manufacturing sites in China and Vietnam.

According to the NYT, Trump told Cook: "I think we'll create the incentives for you, and I think you're going to do it. We're going for a very large tax cut for corporations, which you'll be happy about."

Ho said that it would indeed be possible for Apple to transfer its iPhone manufacturing process to the U.S., the gadget's largest market. This is because the process can be highly automated to produce large quantities, given that there are just a few iPhone models.

While key iPhone assemblers Hon Hai Precision Industry, or Foxconn Technology Group, and Pegatron have highly concentrated businesses with Apple accounting for over 50% of their sales, Advantech has a more diversified model.

None of Advantech's customers account for more than 2% to 3% of the company's total sales. Based in Taipei, Advantech delivers customized computer solutions, embedded systems and various industrial automation platforms for factories, retail stores, medical centers, transportation to defense information technology systems. It counts IBM, General Electric, Cisco Systems, and Philips as its customers.

"Our products are extremely diversified," Ho said. "They are highly customized and each product line has a low volume, so it's not suitable for us to manufacture in the U.S. because of cost concerns.

"Plus we don't think the industrial computer solution providers will be a target for Trump in his plan to move jobs home as we don't hire as many people as those consumer electronics manufacturers," he said.

Advantech currently has a team of around 800 to 900 staff in the U.S., and most of them are sales and marketing professionals. It does have a final assembly line and service center in the U.S. that employs about 100 employees.

The company will increase its U.S. operations once it generates more businesses rather than let its expansion plans be dictated by political concerns, said Ho.

Advantech posted a revenue of 38 billion New Taiwan dollars ($1.19 billion) for full-year 2015. Its top three markets of North America, China and Europe accounted for 31%, 24%, and 15% of total revenue respectively. The company's net income of NT$5.1 billion advanced 4% from a year ago.

For full-year 2016, revenues increased by 10.53% to NT$42 billion year-on-year. The company's gross margin stayed at 41% for the three quarters ended September.

To reduce reliance on China, the company is expanding its production capacity in Taiwan.

"The output of our Taiwanese sites will likely be larger than our Chinese base in Kunshan city of Jiangsu province later," said Ho, "There is no longer low-cost advantage to making products in China. If taking all the invisible cost into consideration, the wage in Taiwan is actually lower than that in China."

Advantech is also eyeing opportunities in Japan, which at present only accounts for about 4% of the company's sales, to offset China's economic slowdown. Ho said that his company was targeting to expand its business in Japan to 15% of revenue, and grow the head count to some 500 people from 80.

The secret to Advantech's consistent growth over the years is that it focuses on margins and bottom lines rather than growing its sales, Ho said. He said Advantech would not take orders that generate gross margins that were less than 15%.

"Advantech is very different from a lot of Taiwanese tech companies that only rely on one big customer and earn meager margins that are lower than 10%," said Steve Huang, an analyst at Yuanta Investment Consulting.

As a stark contrast, Foxconn, Pegatron, and Quanta Computer, a key Apple Watch and MacBook maker, generated gross margins of just 7.2%, 6.2% and 4.6% for 2015 respectively.

"Advantech kept its margin at more than 40% for the past three years," said Huang, "It may not be as exciting as those Apple suppliers who can see explosive growth sometimes but it's safer for investors as it is diversified in both markets and products."