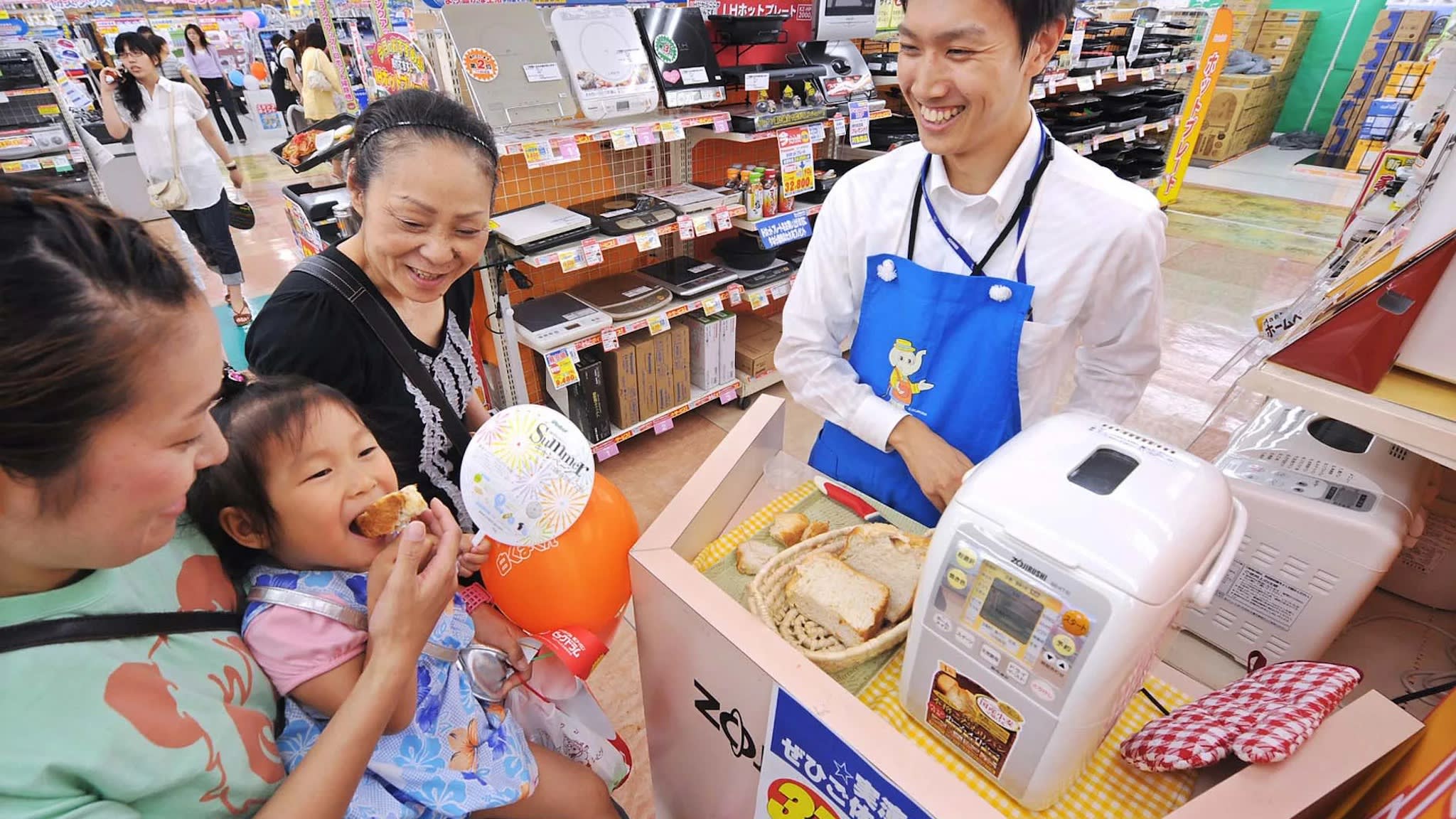 OSAKA -- Shares in Japanese appliance maker Zojirushi have heated up, but not on hopes for rising sales to tourists during the upcoming Lunar New Year holiday.

Instead, the gains followed the revelation of a new shareholder, a Chinese rival whose emergence sparked speculation that it would add to its stake or seek a business partnership.

Two overseas investment funds listed the Japanese arm of China's Galanz Group as a co-owner of Zojirushi shares in a Jan. 6 securities filing. And the stated purpose of these holdings changed from "pure investment" to making important shareholder proposals.

Founded in 1978, Galanz describes itself as the world's biggest maker of microwave ovens. The Guangdong Province-based company sells appliances under its own brand in addition to building them for other companies.

Shares in Tokyo-listed Zojirushi rose as much as 14% the following day. The stock closed at an all-time high, only to set records on the next two days. Zojirushi had benefited from Chinese tourists' shopping sprees in Japan, but these sales have lost steam (Photo by Ken Kobayashi)

A Zojirushi spokesperson declined to comment on the investment funds or Galanz, saying it does not comment on specific shareholders. But one of the funds has already made itself heard at the Osaka-based maker of rice cookers and electric teapots, which retains a strong ownership ties to its founding family.

Late last year, Ace Frontier proposed former Bank of Japan official Satoshi Nagano as a director. The fund said Zojirushi's management was not creating value for owners and other stakeholders, pointing to the company's below-average return on equity.

Zojirushi needed to expand its overseas business and make other changes, and Nagano could provide macroeconomic perspective based on his overseas experience, the fund said in its proposal. Zojirushi said on Jan. 14 that its board rejected this proposal, saying its own slate of director candidates had strong oversight capabilities.

Some stock market watchers saw a connection between Galanz and one of the investment funds, Great Fortune International Development, which began building up a stake in Zojirushi in the summer of 2018.

Ace Frontier, Great Fortune and Galanz together hold a 13.5% stake as of their latest securities filing.

The fund's critique is not without basis. Zojirushi has posted four straight years of falling revenue and three years of sinking operating profit. 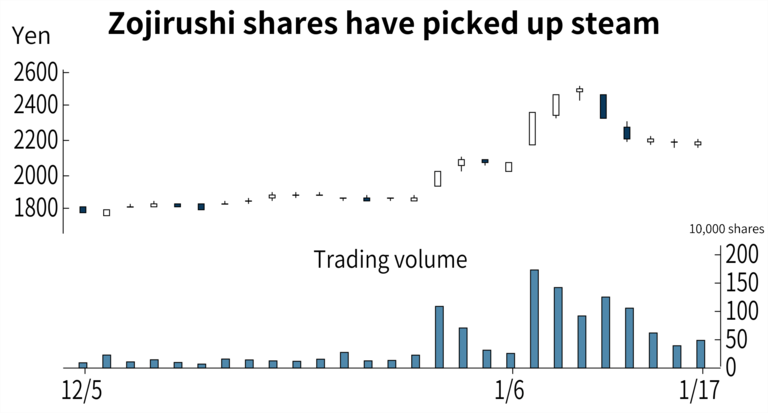 Sales in China, an important market, fell 27% in the year ended in November. Online sales to buyers outside Japan and purchases by tourists visiting the country -- once a key driver of earnings growth -- appear to have declined. Both of these streams are counted as domestic revenue.

In fiscal 2016, before earnings started to slide, Zojirushi logged a record operating profit of 12.1 billion yen ($109 million), up 19% from the previous year.

President Norio Ichikawa admitted that misjudgments contributed to the slump that followed. "We were late to move on Chinese e-commerce sites out of an excess of concern about losing brand power" as a result of discounts and other factors, said Ichikawa.

Zojirushi shareholders will vote on the competing board slates at next month's annual general meeting. The fund's proposal faces a high hurdle to approval. The founding Ichikawa family and allied investors control roughly 30% of the shares, according to recent disclosures.

On the other hand, "teaming with a foreign company that holds an extensive sales network would be a plus for earnings," said Norikazu Shimizu, an analyst at Iwai Cosmo Securities. Nomura analyst Yu Okazaki said in a note to investors Thursday that "joining with an outside partner is one option" for Zojirushi to pursue growth.

Ichikawa once said that there is a need to "cherry-pick" best practices from Japanese and foreign business management, a view based largely on Foxconn's takeover of Sharp.