Despite robust earnings, US sanctions add to risks on energy deals 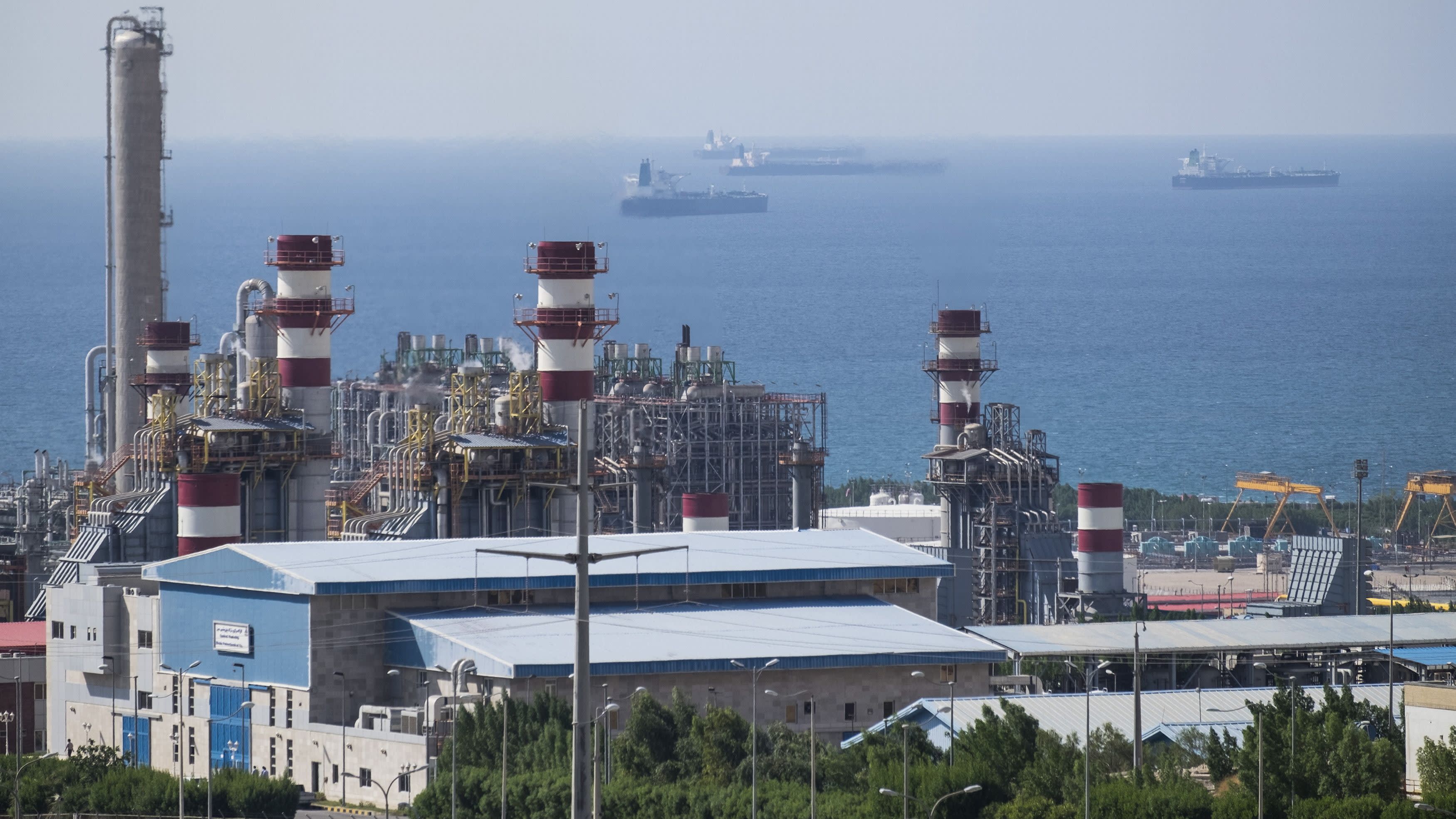 Asalouyeh Seaport in Iran looks out over the vast South Pars gas field in the Persian Gulf.   © Reuters

HONG KONG -- Chinese state-owned oil companies reported robust earnings for the six months ended in June, but uncertainty looms, not so much over the outlook for crude prices but over how to handle U.S. sanctions against Iran.

Coming off a first half in which its net profit doubled, PetroChina faces a golden opportunity to take control of a project in an Iranian gas field following French energy group Total's announcement that it will pull out.

But the Chinese company does not seem confident enough to ignore U.S. sanctions and land the deal immediately. The hesitation was apparent in President Zhang Jianhua's earnings conference on Thursday, when he dodged questions on the subject.

At issue is whether PetroChina parent China National Petroleum Corp. will take over operation of the South Pars 11 offshore natural gas project after Total withdraws. Total, which holds a 50.1% stake in the venture and serves as the project's main operator, has said it intends to leave by the Nov. 4 deadline set by Washington.

CNPC carries a 30% stake in South Pars 11 -- part of the world's largest gas field -- and it has been widely reported that the Chinese are willing to take over. Petropars, a wholly owned subsidiary of National Iranian Oil Co., owns the remaining 19.9%.

Zhang did not address the question directly at Thursday's news conference, though he doubles as a board member and president of CNPC, which owns over 81% of PetroChina.

The Nikkei Asian Review later asked Zhang, in his capacity as CNPC president, whether the company intends to take over Total's stake, but the question went unanswered. It is true that at a number of listed Chinese state enterprises, including PetroChina, so-called sensitive assets are held by unlisted parent companies that are 100% state-owned.

PetroChina finds itself in a delicate position. Total's withdrawal opens the chance to take control over part of the vast gas field, located on the Iranian side of the Persian Gulf bordering Qatar. According to Total, the site will have a production capacity of 2 billion cu. feet per day, or 400,000 barrels of oil equivalent, including condensate. Production is expected to begin in 2021.

PetroChina President Zhang Jianhua, right, had little to say about the Chinese group's intentions on an Iranian gas project at an earnings briefing in Hong Kong on Aug. 30. (Photo by Kenji Kawase)

On the other hand, ignoring the U.S. sanctions would do further damage to Beijing's relations with the Donald Trump administration. China already feels the pain, including PetroChina. Petrochemical products were placed on the second batch of Chinese goods slapped with 25% tariffs on Aug. 23, and Zhang admitted that "the impact is not negligible."

China Petroleum & Chemical, better known as Sinopec, faces a similar problem. The company is one of the world's largest oil refiners, but seeks to diversify its sources, and oil-rich Iran is a natural partner. Sinopec processed 239 million tons of crude last year, 85% of which was imported.

Vice President Huang Wensheng said at Sinopec's earnings briefing on Monday that if imports from Iran were to stop, that would affect a refinery specially built to handle crude from the Middle Eastern country based on a long-term supply contract.

Plant builder subsidiary Sinopec Engineering Group also confronts growing risks to its Iran business. President Xiang Wenwu told reporters and analysts on Aug. 22 that the company has "slowed down the pace" of its project in Iran. According to its annual report published in March, the company signed a roughly 6.85 billion yuan ($1 billion) contract last year with National Iranian Oil Engineering and Construction to upgrade the Abadan refinery on the Persian Gulf coast.

The contract size is equivalent to about three months' worth of the Chinese company's revenue based on half-year results. If it is canceled, "the impact on our earnings should not be that substantial," said Xiang. But since the company "attaches significant importance" to this project, a task force has been established to formulate a policy to "minimize risk."

Higher oil prices lifted both the top and bottom lines at PetroChina, Sinopec and fellow Chinese energy group CNOOC for the six months ended in June.

"The result was much better than what we expected," PetroChina's Zhang told the media on Thursday, after the company reported a 14% year-on-year rise in revenue to 1.1 trillion yuan. Net profit more than doubled to 27.08 billion yuan.

The main driver of PetroChina's profit gain was a sharp improvement in the upstream exploration and production sector, where the oil price increase alone lifted operating profit by 43.33 billion yuan. According to Zhang's forecast, crude prices are expected to stay little changed at between $70 and $74 a barrel until the end of the year.

Danny Huang and Ronald Cheng, analysts at S&P Global, wrote on Tuesday that Sinopec's earnings were shaping up to be "the best since the company listed in 2000 [when] all segments reported year-on-year growth in profit."

Sinopec's share price in Hong Kong has risen 37% this year through Thursday, while peers CNOOC and PetroChina gained 23% and 11%, respectively. By comparison, the benchmark Hang Seng Index dropped 6% during the same period. It remains to be seen how the Iran factor plays into their stock performance in the future.