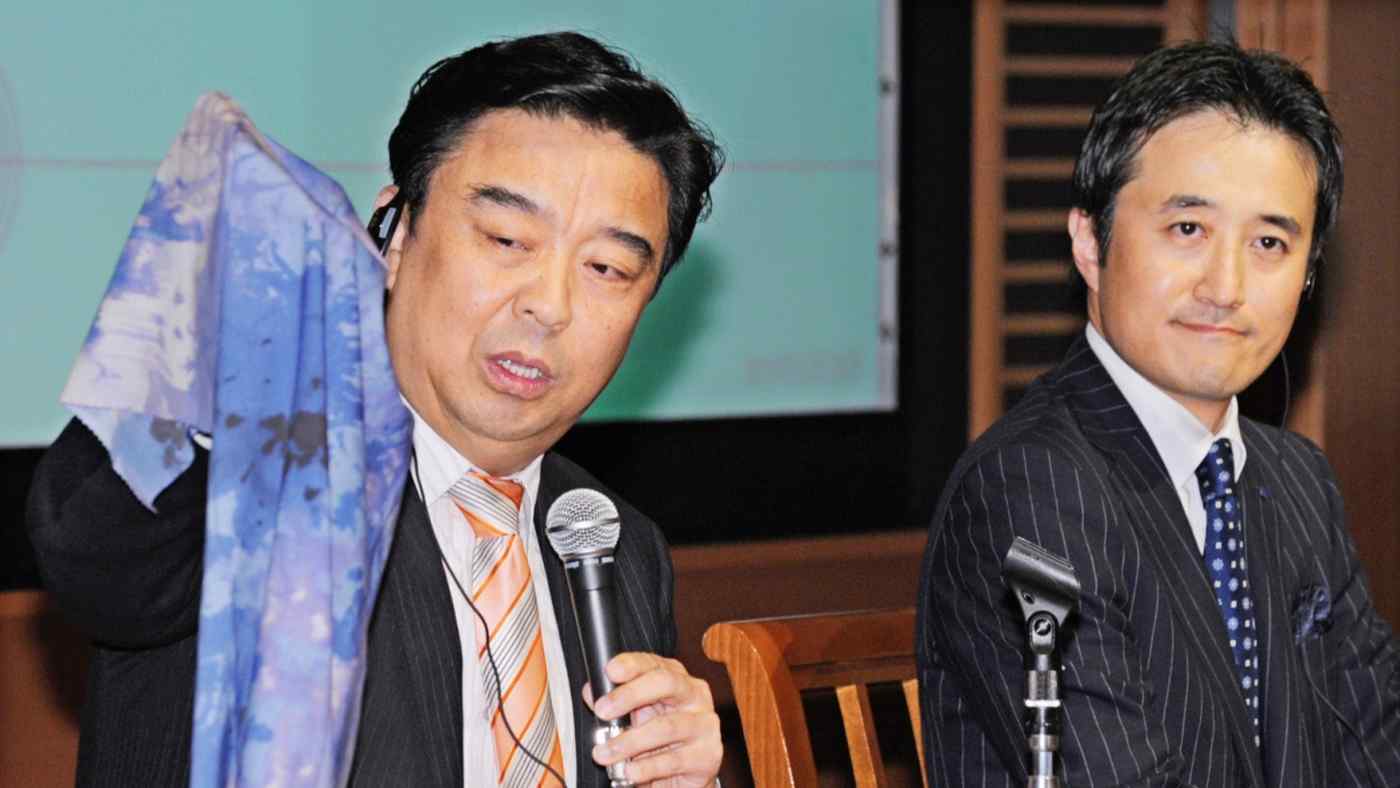 Shandong Ruyi Chairman Qiu Yafu, left, and Minoru Kitabatake, then president of Renown, announce the partnership between their companies in 2010. But the businesses have struggled to work together in the decade since.
KYOMI KATSUNO and YUKI HANAI, Nikkei staff writersMarch 27, 2020 07:15 JST | Japan
CopyCopied

TOKYO -- China's Shandong Ruyi Group wiped away the top two leaders at Japanese apparel unit Renown on Thursday, writing another chapter in a strained partnership that has failed to bear fruit a decade later.

"We are facing a tough business environment, so we want to review the leadership," a Ruyi representative said at general shareholders meeting that day. The Chinese textile group first took a stake in Renown in 2010 and has since become majority shareholder.