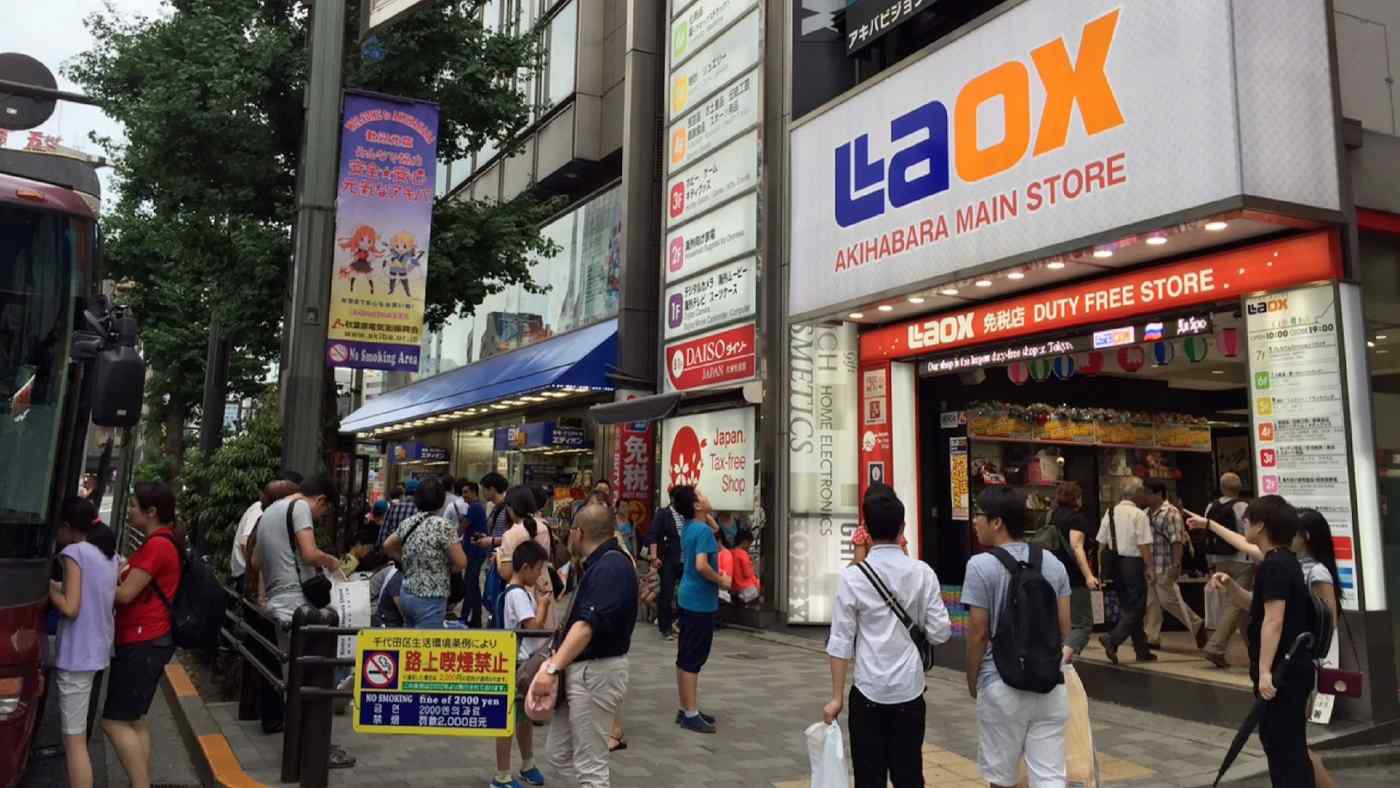 TOKYO -- Retail group Laox, which caters to tourists in Japan with duty-free stores, plans to lay off about 8% of its workforce as the company faces the risk of a pronged drop in travelers.

The Tokyo-listed company, whose parent company is Chinese retailer Suning.com, said Friday it will seek early retirement by about 160 employees starting this month. Most of the cuts -- 140 jobs -- will be at its namesake chain.

The announcement came on the day Laox reported a net loss of 7.8 billion yen ($71 million) for 2019, marking its second year in the red. With the coronavirus outbreak continuing to widen, the company held off on issuing an earnings forecast for the current year.

Laox has struggled to offset a decline in big-spending Chinese customers, who would line up to by rice cookers and other big-ticket items in Japan. Foreign tourists account for roughly 30% of the company's sales.

Poor summer weather hurt sales in 2019, while a reorganization of its distribution network added to costs.

The company will book costs for the early retirement program in 2020. Shares fell nearly 2% on Friday.

The decline in Chinese visitors is hurting other retailers and tourist-dependent businesses in Japan. The country's goal of reaching 40 million foreign visitors this year hangs in the balance.