Taiwanese company aims to design chips for Amazon and Alibaba TAIPEI -- Taiwan's MediaTek aims to ship 60 million sets of chips used in voice-activated smart speakers this year, the company said on Tuesday. It would be a doubling of such chips, as the world’s No. 2 mobile chipmaker confronts a slowing smartphone market.

The expansion illustrates MediaTek’s continuous efforts to diversify from a mobile chip business that still accounted for 30% to 35% of revenue in the January-March period. The chip designer supplies most Chinese smartphone makers including Huawei, Oppo, Vivo and Xiaomi, as well as Samsung Electronics for its mid- to low-end phones.

“We are looking to double the chip shipment for smart speakers this year,” Jerry Yu, general manager of MediaTek's Intelligent Devices Business Group, told the Nikkei Asian Review after the company’s Computex press event. Shipments likely will reach 60 million units for 2018 and could top 75 million for 2019, he said.

As smart speakers become the control hub for products related to smart homes, Yu expects these voice-activated devices to include more artificial intelligence features such as image recognition.

“We are seeing smart speaker products come with displays and cameras to provide advanced AI features,” he told reporters. 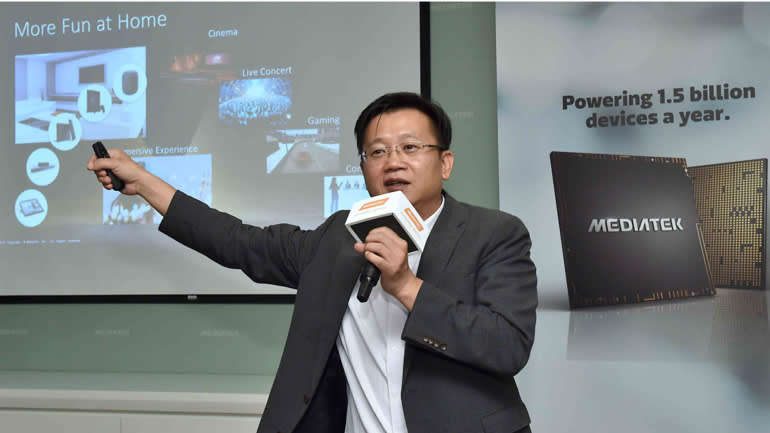 Amazon's Echo smart speaker lineup already offers the Echo Show and Echo Spot, both with screens to provide more functions. Google, in response to the Show, is partnering with Lenovo Group, LG Electronics and Sony as well as speaker maker JBL to roll out its Smart Display platform.

Meanwhile, MediaTek appears to be making progress in becoming a supplier for Apple, beginning with the HomePod or Apple TV, said Mark Li, an analyst at Bernstein Research. Apple reportedly is working on a cheaper version of the HomePod, as its high-end model did not sell well. Such market speculation also fits with MediaTek’s strategy to expand its U.S. customers and markets.

“North America is the market that we need to keep exploring and increase our market share,” MediaTek CEO Rick Tsai told reporters Tuesday in Taipei. “We have many different opportunities there in various fields, such as consumer home products and data centers.”

Yet MediaTek also looks to increase its business for application-specific integrated circuits, or ASICs, a kind of design service to make customized chips for specified customers. 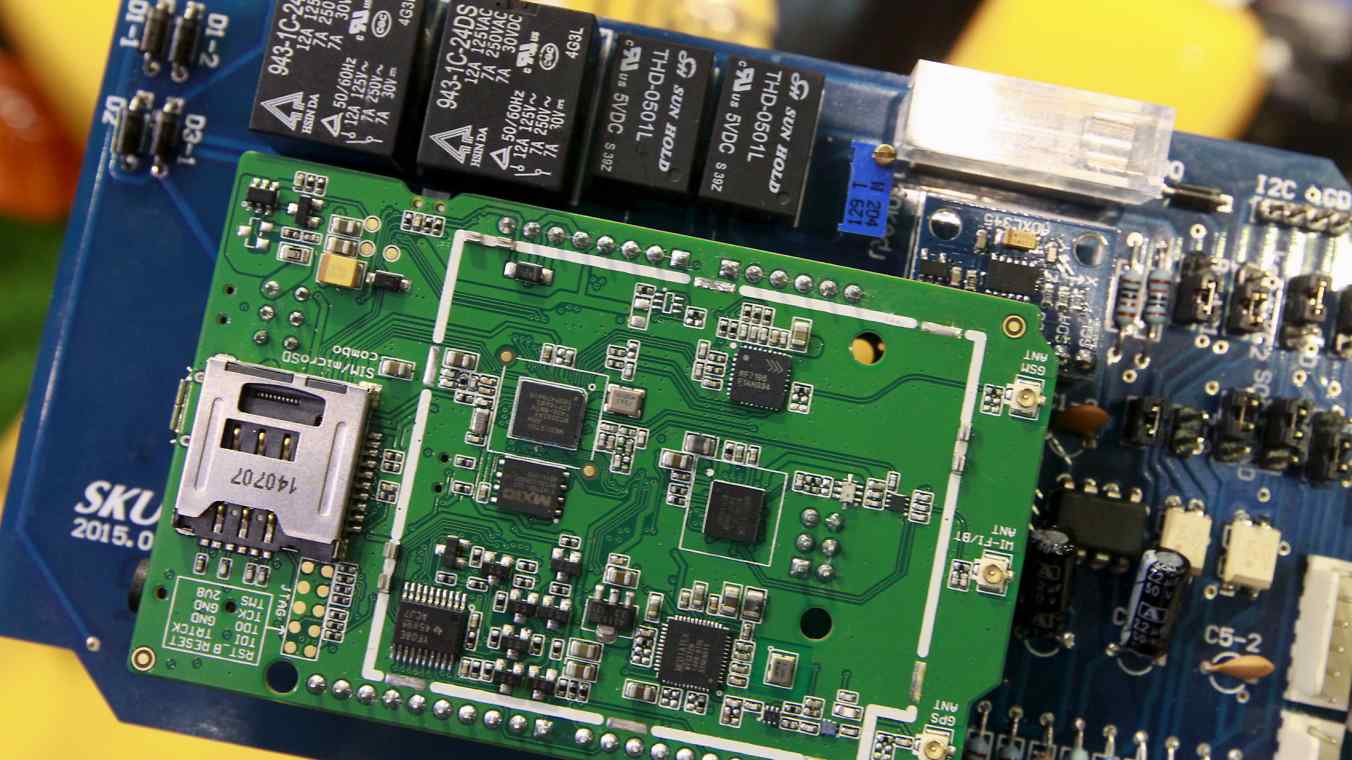 Taiwan's MediaTek suspends supplies to ZTE after US ban

Yu told reporters that his company is engaging with businesses like Google, Amazon, Facebook, Baidu, Tencent Holdings and Alibaba, as these internet giants are all potential ASIC customers. These companies likely would need a provider like MediaTek to help design customized AI accelerator chips for their data centers to provide differentiation from competitors in cloud computing, he said.

For example, chipmaker Broadcom helped Google with the customized chip design service for the company's Tensor Processing Unit -- an AI accelerator chip to go into its own data centers -- while TSMC serves as the manufacturing partner, according to industry sources.