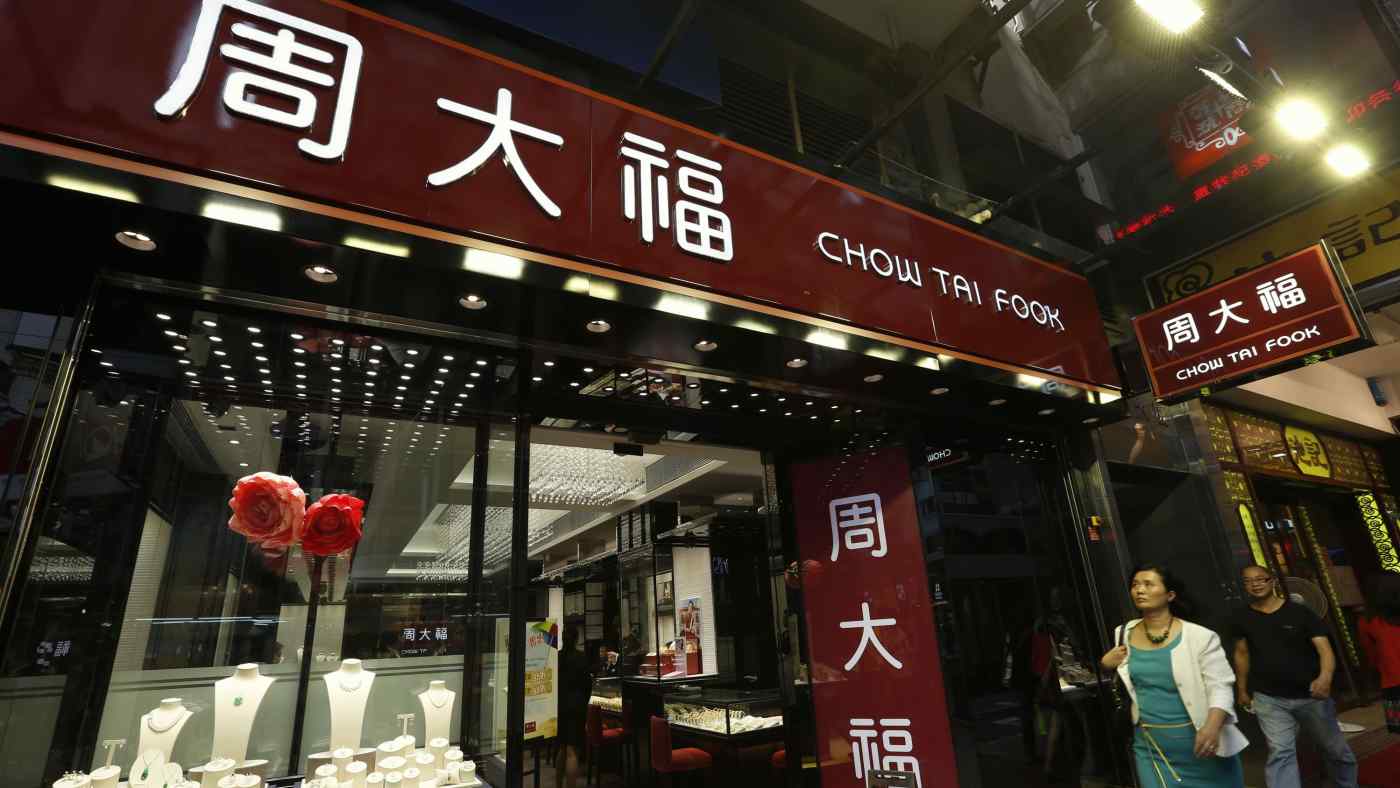 HONG KONG -- After nearly a century in business, Hong Kong's Chow Tai Fook Jewellery Group is in the midst of a youth movement, exemplifying the changes sweeping Chinese retail and the global market for luxury goods.

The storied jeweler, founded in 1929, typically caters to wealthy older consumers. But the company was forced to recalibrate its strategy after Chinese President Xi Jinping's anti-corruption campaign diminished demand for extravagances.

Chow Tai Fook's bottom line sagged for three straight years, through March 2017. Now, however, it is on track to post sales and profit growth for the second consecutive year, after a 26% year-on-year jump in same-store sales in Hong Kong and Macau for the April-June quarter.

A growing wave of tourists from the mainland is also helping, especially after the recent opening of a high-speed rail link. During this year's National Day holidays in early October, 20% more mainlanders visited Hong Kong than the year before. But Chow Tai Fook has made a point of catering to Hong Kong's younger set.

Mr. Hong has bought necklaces from the jeweler for his wife on two occasions, the latest for her 29th birthday. Mrs. Hong likes the company's designs featuring Hello Kitty and Disney characters. "The designs are adorable and I love them,” she said.

A new shop in the leafy suburb of Kowloon Tong reflects the company's break with its traditions. New stores like this one are billed as "experience" shops: In addition to Chow Tai Fook's mainstay gold jewelry, the store showcases a range of accessories targeted at 20- and 30-somethings.

The store also sells diamond pieces with a "T Mark" representing the jeweler's traceability program, which tracks stones every step of the way. Products from other brands are available, too, such as Hearts on Fire, a U.S. line of diamond jewelry acquired several years ago. 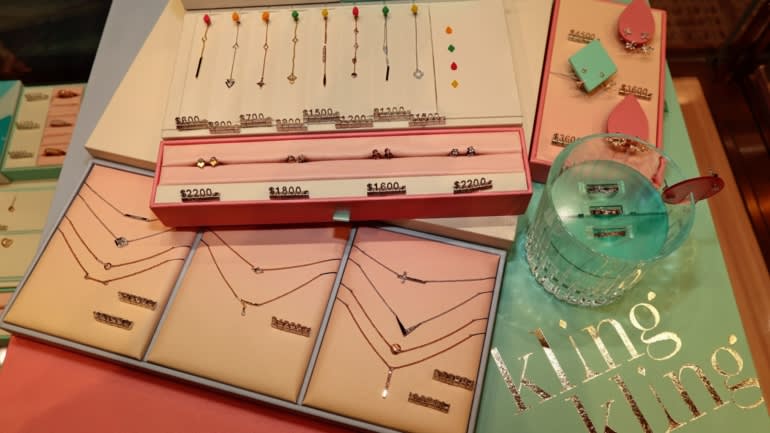 The average profit margin on the company's gold jewelry is 15%, according to the analyst, while the figure for its jewel sets ranges from 30% to 50%.

Data from Quick-FactSet shows analysts are predicting sales of 65.5 billion Hong Kong dollars ($8.36 billion) for the year through March 2019, which would be the highest level in five years.

Chow Tai Fook's evolution comes as China's retail market undergoes rapid and radical changes, including the explosion of e-commerce. International luxury rivals, too, are veering younger, recognizing the growing purchasing power of millennials born in the 1980s and thereafter.

Big brands are using social networks like Instagram and Facebook to reach young consumers, and Chow Tai Fook is no exception. It has embraced the strategy of using social media influencers -- people with large numbers of followers -- to promote its products.

But like other Chinese brands, it has a ways to go. While Chinese shoppers have been a force driving the global luxury market, the country's businesses have a relatively modest presence in the segment.

The world's top seller of luxury clothes, bags and jewelry is LVMH Moet Hennessy Louis Vuitton, the French conglomerate, according to Deloitte. The list of the top high-end brands is dominated by other Western names, including cosmetics group Estee Lauder and Richemont, which has a host of prestigious watchmakers under its umbrella.

Chow Tai Fook Jewellery, the highest-ranking Asian brand, slides in at No. 10.