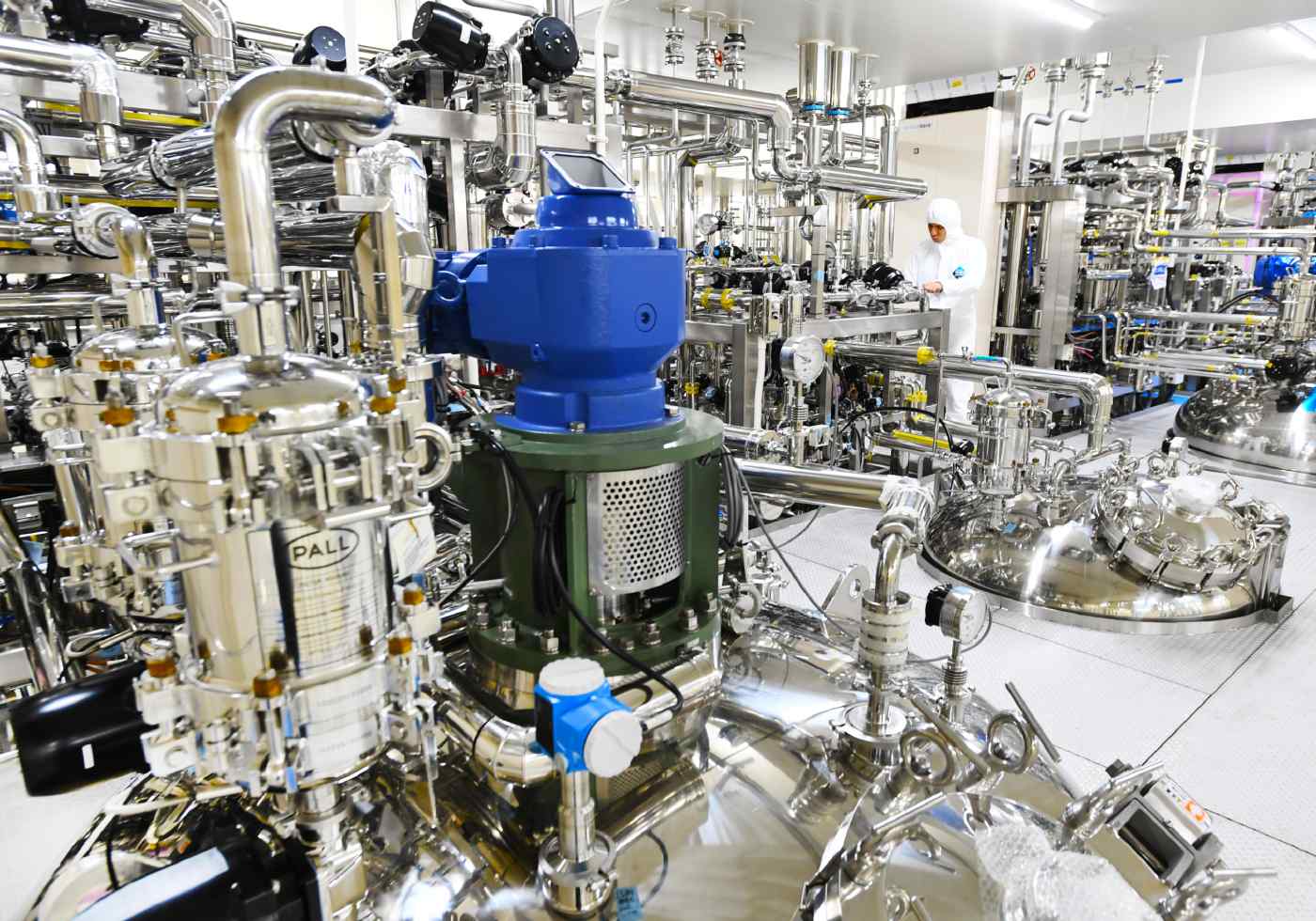 TOKYO -- Japan's Chugai Pharmaceutical looks to invest some 25 billion yen ($221 million) into a Singapore research center for biopharmaceuticals by 2021, seeking to better compete with a host of nimble bioventures.

The drugmaker intends to expand development of therapeutic antibodies at the lab, Chugai Pharmabody Research, which was established in 2012 and sifts tens of thousands of candidate antibodies to discover the select few fit for commercial use. The center currently handles around 3,000 candidates per week. Fresh investments in automation and artificial intelligence are intended to make the process more efficient.

The Singapore lab also will take up research and development to make antibodies more functional, a task now handled by a facility west of Tokyo. Genetic engineering can make antibody treatments more effective or longer lasting, for example.

Chugai aims to prepare two antibodies and their related technologies for commercialization yearly at the Singapore center. The city-state serves as an ideal setting for biopharmaceutical research, featuring a highly knowledgeable and mobile workforce as well as ample government assistance to drug companies wanting to set up shop.

Chugai also plans to add a new facility in Tokyo to produce experimental drugs for clinical trials -- a step it has mostly outsourced. The additional capacity, set to go online in 2019, will help the company quickly scale up clinical trials for antibodies honed in Singapore.

A broad shift in drug discovery from improving on existing chemical compounds to creating new candidates through biological processes has eroded some of the advantage held by big pharmaceutical groups, with their libraries of over 1 million chemical compounds. Low-cost genetic engineering and other technologies have lowered the barrier to creating high-quality antibodies, enabling a wave of promising pharmaceutical startups to emerge.

Japan had approved 40 therapeutic antibodies as of May, just 20% of which were developed from scratch by major drugmakers. A growing number of drugs those heavyweights distribute are licensed from up-and-coming bioventures during the development phase.

This strategy makes good business sense for big drugmakers, as startups now can produce biosimilars -- the equivalent of generic drugs -- for even complex antibodies in around five years. But acquiring pricey development and marketing rights for antibody treatments poses a stretch for Chugai's annual R&D investment budget of around 85 billion yen.