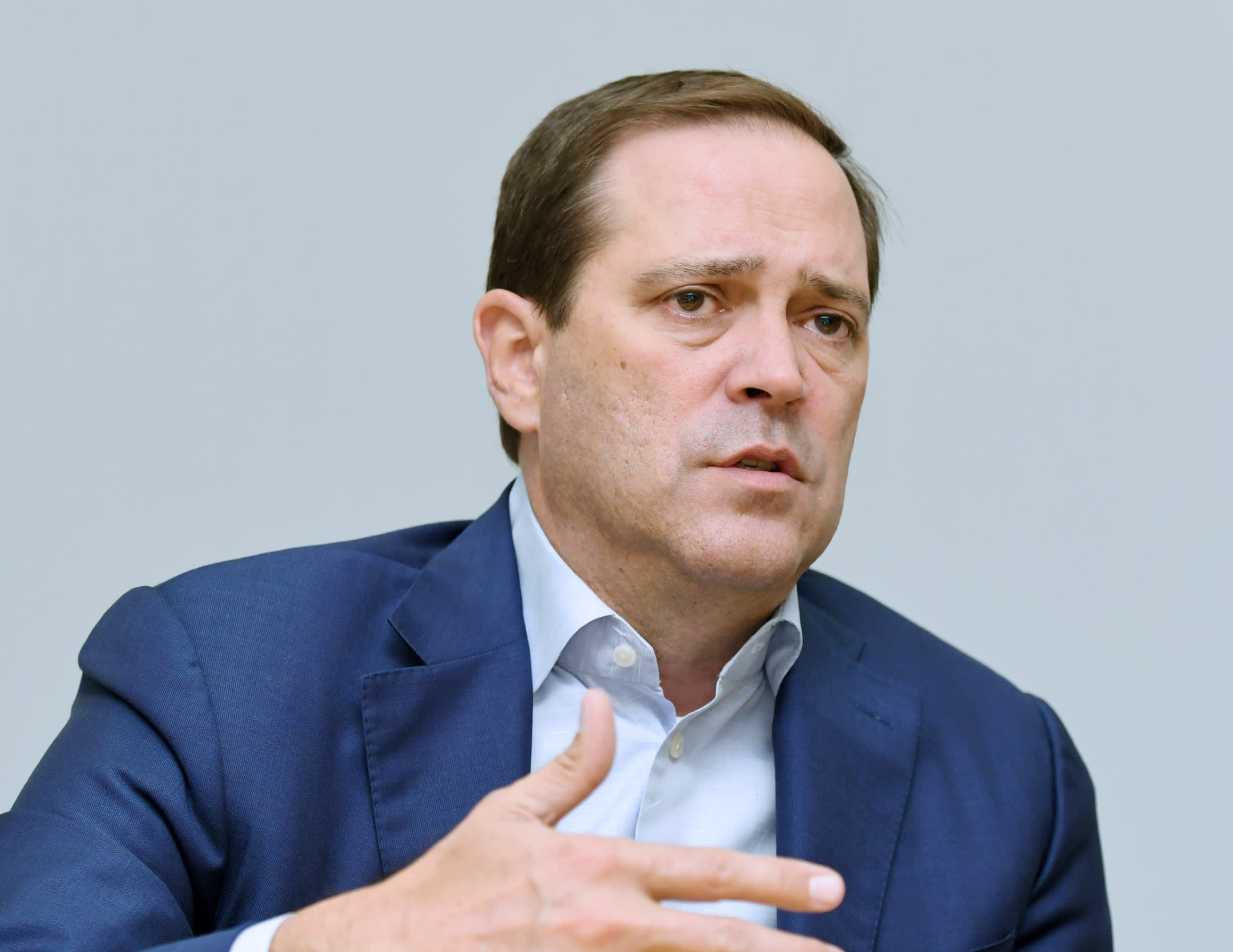 Cisco Systems chairman and CEO Chuck Robbins says "we will win whether they are there or not," referring to Huawei. (Photo by Karina Noka)

TOKYO -- Attempts to resolve the trade war between Washington and Beijing have been held back by campaigning for key midterm elections in the U.S., according to Cisco Systems chairman and CEO Chuck Robbins.

Robins, in Tokyo to chair a meeting of the Japan-US Business Council, said he was "hopeful" that U.S.-China relations would improve after Tuesday's polls, which are widely seen as a test of President Donald Trump's administration.

"My optimism is that once the United States gets past the midterm elections, we will begin to focus on trying to get some healthy dialogue going with China around how we resolve the situation," Robbins told the Nikkei Asian Review.

Cisco and other producers of networking devices have become entangled in the ongoing tensions after the U.S. earlier this year imposed higher tariffs on $200 billion worth of Chinese imports. Switches and routers were among the items on a list of products subject to an additional 10% in levies that came into effect in September. Trump has said the tariff rate can be raised to 25% from January 2019.

Cisco has manufacturing bases in 13 countries, including China. Robbins declined to comment on the financial impact of the measures, but said the company would deal with them by raising prices, adjusting its supply chain and having continuous dialogue with Washington. "We're not overreacting right now," he said.

Some aspects of the trade war may work in Cisco's favor. In August, the Australian government blocked Chinese rival Huawei Technologies from supplying equipment for its fifth-generation mobile network, citing risks of foreign interference and hacking.

But Robbins was careful to avoid talking up the potential tailwind. "We will win whether they are there or not," he said, referring to Huawei.

Cybersecurity has become an important element of Cisco's expansion into software, as businesses shift to cloud-based services. In August, the company announced plans to acquire Duo Security, a U.S. user-authentication service, for $2.35 billion. Robbins said the deal strengthens Cisco's cloud security capabilities, and added that he was "sure" there would be more acquisitions in the cybersecurity space.

Since becoming CEO three years ago, Robbins has refocused the group on its core networking business, marking a departure from the previous strategy of acquisitions in new areas like set-top television boxes and portable video cameras to offset slower growth in hardware. Cisco's stock price has risen about 60% since he took the helm.

Analysts are closely watching the development of 5G infrastructure around the world and how it impacts Cisco's growth. Robbins said he expects large investments in 5G in 2020.

The race to roll out the next generation network is playing out not only in developed countries like Japan, which is set to host the 2020 Olympics in Tokyo, but across emerging markets like India. "Getting connectivity to every citizen in [India] is critical to execute on the next wave of education and health care," under Prime Minister Narendra Modi, according to Robbins. "Many of the developing countries are being driven by the exact same thing."