With people staying home, demand for cameras and office equipment dries up 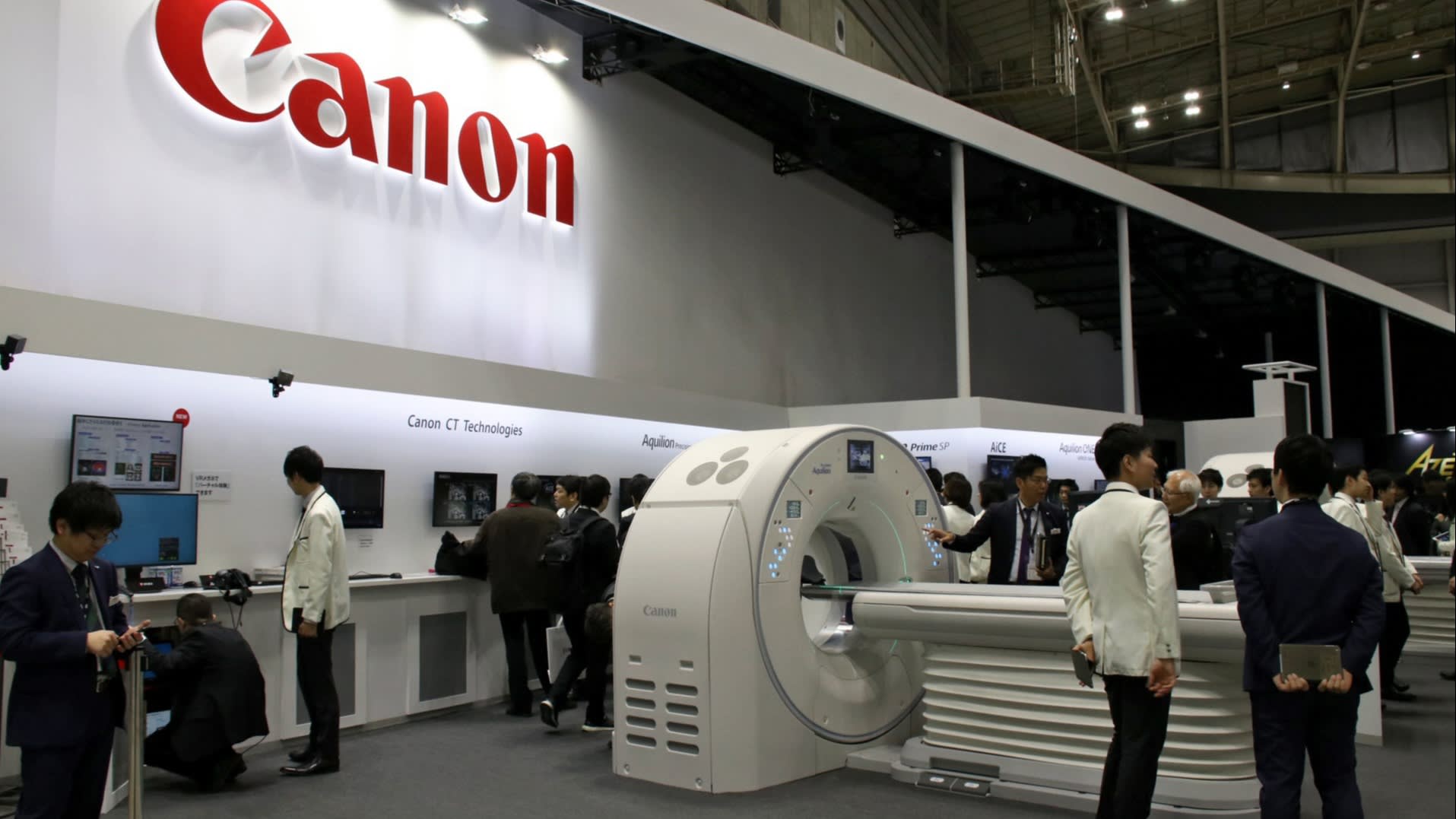 TOKYO -- Canon has posted its first quarterly loss as the pandemic saps sales for a range of products, including printers, cameras and display-manufacturing equipment.

The Japanese company announced Tuesday an 8.8 billion yen ($83.8 million) net loss for the April-June period, down from the year-earlier 34.5 billion yen profit. This marked the first loss since Canon started releasing quarterly results in 2001. Sales dropped 26% to 673.3 billion yen.

"We saw unexpected events originating from COVID-19 occurring around the world, such as the closure of corporations and retail establishments, the standstill of business negotiation, and the implementation of overseas travel restrictions," Chief Financial Officer Toshizo Tanaka said in a conference call.

All four segments faced a decline in sales. The office business unit, which sells and maintains office equipment, logged a 900 million yen operating loss as clients shifted to work from home. In the imaging systems unit, sales of single-lens reflex and mirrorless digital cameras plunged 54% to 500,000 units from canceled travel and events.

Business deals and demand are picking up again as the economy reopens, according to the company. "However, we expect the pace of economic recovery in the second half of this year to be constrained as we are unable to predict when the situation surrounding COVID-19 settles down," Tanaka said.

Going forward, Canon plans to focus on cutting costs and cultivating new businesses. It will spend 15 billion yen on structural reforms for office equipment services and digital camera sales, including updates to production and sales channels.

The company also expects demand for medical equipment to grow as countries respond to the coronavirus. It plans to pour more resources into such growing areas and turn them into mainstay fields.

The company also cut its interim dividend for the first time in more than three decades, to 40 yen. Whether Canon can effectively turn its newer businesses into a growth driver remains to be seen.