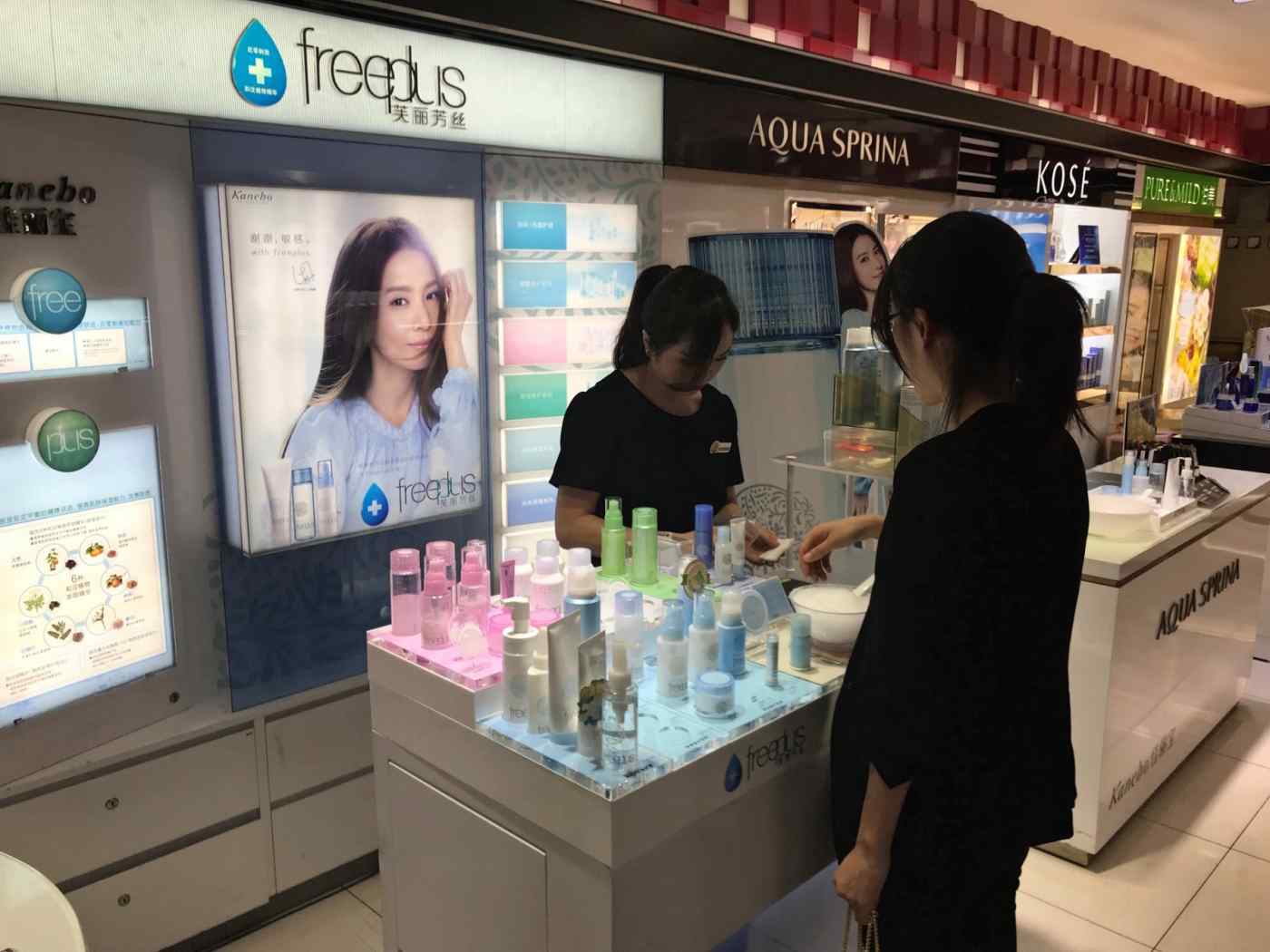 The company in September launched the Sofina iP beauty serum in the country, with a price tag of about 350 yuan ($51). Sales in Japan began in 2015.

The serum is used as the first step of a post-wash skin care routine and turns into rich, creamy foam, thanks to carbon dioxide added to the propellant. According to the company, the serum sinks deep into the skin and is highly effective at improving its condition.

Sofina iP is one of the company's high-end products in its home market, and retails for more than 5,000 yen ($44). Sales in China started at about 15 locations, including department stores and drugstores in Shanghai and other big cities. The product is also available on various shopping sites operated by companies such as Alibaba Group Holding.

Currently, the company's Freeplus skin care and Kate makeup lines form the pillars of its business in China. Freeplus is a mass-market skin care brand, while Mild Soap, a low- to medium-end face wash, is one of its best-selling items.

Kao plans to launch the group's flagship Sensai brand in China in 2020. Currently, the top-of-the-line range is sold mainly in Europe.

Sensai serum, the brand's core product, contains Japanese silk fibers and retails for more than 60,000 yen. In China, the line is expected to be sold mainly at upscale department stores.

The company is also weighing up launching of its flagship Kanebo brand in the country in 2022 or later.

Kanebo products generally cost up to 10,000 yen. But the company is shifting toward higher price brackets, and has added the new Exceptional line to the Kanebo range, which costs over 20,000 yen.

Kao's move is aimed at strengthening its hand against peers Shiseido and Kose.

In recent years, Japanese cosmetics have become increasingly popular with Chinese visitors to the country.

Sofina iP is reasonably affordable compared with most high-end products, and the company hopes the serum's launch in China can serve as a platform from which to later release higher priced lines such as Sensai and Kanebo.

In China, sales at Kao's core subsidiary Kanebo Cosmetics surpassed 10 billion yen for the first time in fiscal 2017, which ended in December.