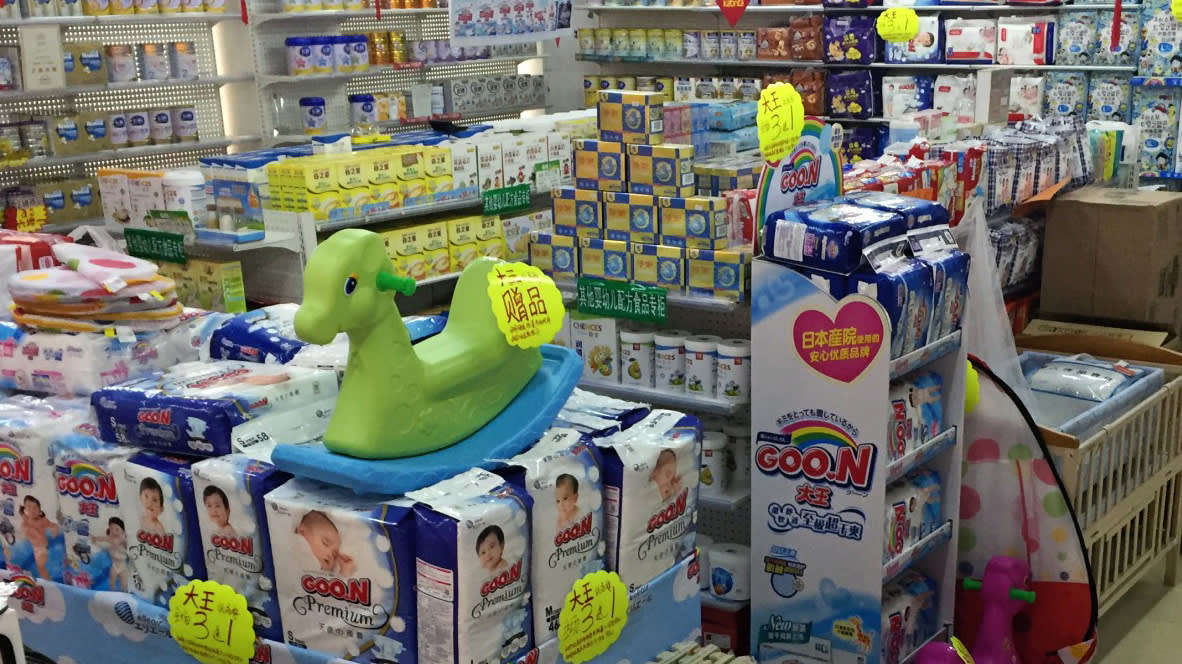 TOKYO -- With the Japanese papermaking industry being realigned amid slumping demand, manufacturer Daio Paper has staked its survival on overseas operations and entered the Chinese toilet tissue market.

Chinese President Xi Jinping in 2015 launched a "toilet revolution," a campaign aimed at upgrading sanitary facilities in tourist spots and in rural areas across the country, many of which are little more than a hole in the ground with no flush mechanism.

As the revolution marches on, the need grows for easily water-soluble toilet paper.

The company foresees demand rising for high-end Japanese toilet tissue, and has been test marketing Japan-made goods in the country. Promising signs have also been seen for high-value products like the GOO.N paper diaper line Daio already makes and sells in China.

In the event of a full market entry, Daio would continue to produce raw materials for tissue making in Japan but move manufacturing of the final product to China.

The strategy could help solve problems caused by slumping demand at home. Oversupply has been a long-running issue in Japan, and Daio was forced on April 1 to suspend production on a portion of the machinery at its main factory in Mishima on the island of Shikoku.

The move reduced total production output by the equivalent of about 2% of the group's paper and paperboard products. If the company can export materials to China, it may be able to maintain its current rate of operation.

In addition to falling demand for printing paper, Daio has had to contend with an increase in the price of recycled materials affecting the prospects for its cardboard business, which had previously looked positive thanks to the rise of e-commerce.

In October 2017, the company downgraded its net profit guidance for the year ended March 2018 to 6 billion yen ($55.6 million), 51% below the previous year. The revision more than halved earlier estimates of a 15% increase to 14 billion yen. The outlook now is that the paper and paperboard business will log an operating loss of 1.5 billion yen for the full year.

Having seen little movement for a long time, Japan's paper industry is going through a period of realignment. Market leader Oji Holdings in February announced it would acquire 33% of the sixth-largest papermaker Mitsubishi Paper Mills, which will become an equity-method affiliate. Oji Holdings' consolidated revenue will be 1.5 trillion yen for the period ended March 2018, according to forecasts.

The second-biggest maker, Nippon Paper Industries, will also exceed revenue of 1 trillion yen, but the third, Rengo is predicted to log 608 billion yen and the fourth, Daio, 540 billion yen.

Many expected Daio to form a third major force in Japan's paper market with its biggest shareholder, Hokuetsu Kishu Paper.

But Daio's issuance of convertible bonds in 2015, which Hokuetsu Kishu blamed for a drop in Daio's share price, prompted Hokuetsu Kishu to sue Daio's management for damages.

The ongoing litigation process has hampered efforts to rebuild in Japan, and some see Daio's foray into China as a last-ditch attempt to ensure survival.

The company releases its medium-term strategy outline in May. The market will be focusing on "strengthening cost-competitiveness on changes in product types from their papermaking machines," said Daiwa Securities' Noritsugu Hirakawa.

Daio Paper's share price continues to lag below the 1701-yen-level it enjoyed before the controversial bond issue.

Its medium-term reform proposals and expansion into China, however, could push its stock price to its highest level in three years, if the company can sort out its domestic problems.