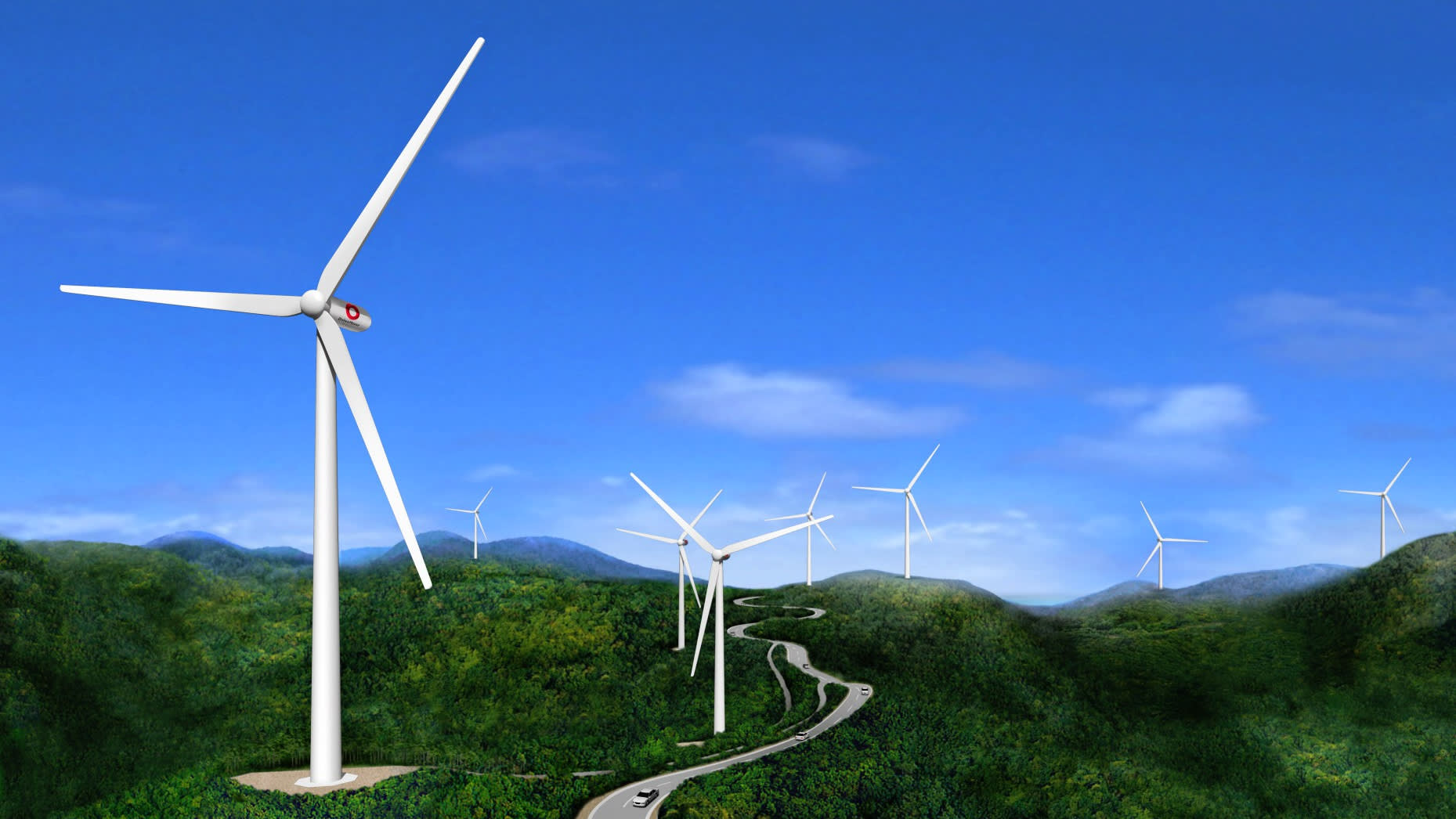 OSAKA -- Daiwa House Industry plans to meet all of its electricity needs with renewable energy in 2040, aiming to become the first in Japan to operate completely off its own zero-emission plants.

The home builder will spend about 30 billion yen ($264 million) by the end of fiscal 2020 to build about 80 megasolar plants in Japan, as well as a wind power plant in Ehime Prefecture and a hydropower plant in Gifu Prefecture. These steps will raise the company's renewable energy output capacity by 50% from current levels to 350,000 kW, enough to cover all of the group's electricity requirements.

The Osaka-based company already operates about 180 megasolar plants, a wind power plant and a hydropower plant through subsidiaries. The 235,000 kW of capacity is equivalent to 60% of Daiwa House's electricity needs.

Daiwa House sells renewable energy to utilities under the government's feed-in tariff program. The arrangement allows renewable energy power suppliers to sell electricity at fixed prices for 20 years. The plan is to gradually switch to in-house consumption as the contracts expire, so that 100% of demand is met by renewable electricity generated in-house by 2040.

The company will continue to expand its renewable power facilities in fiscal 2021 and beyond, to prepare for future increases in its power consumption.

Daiwa House this past spring joined the RE100 international alliance of companies that seek to source 100% of their energy needs from renewable sources, joining 10 or so other Japanese groups, including Sony, Ricoh, Sekisui House and Fujitsu. But unlike Daiwa House, all of them plan to procure renewable energy from outside sources.

The Japanese government aims to increase renewable energy's share of the overall power mix to between 22% and 24% in fiscal 2030 from 15% now.