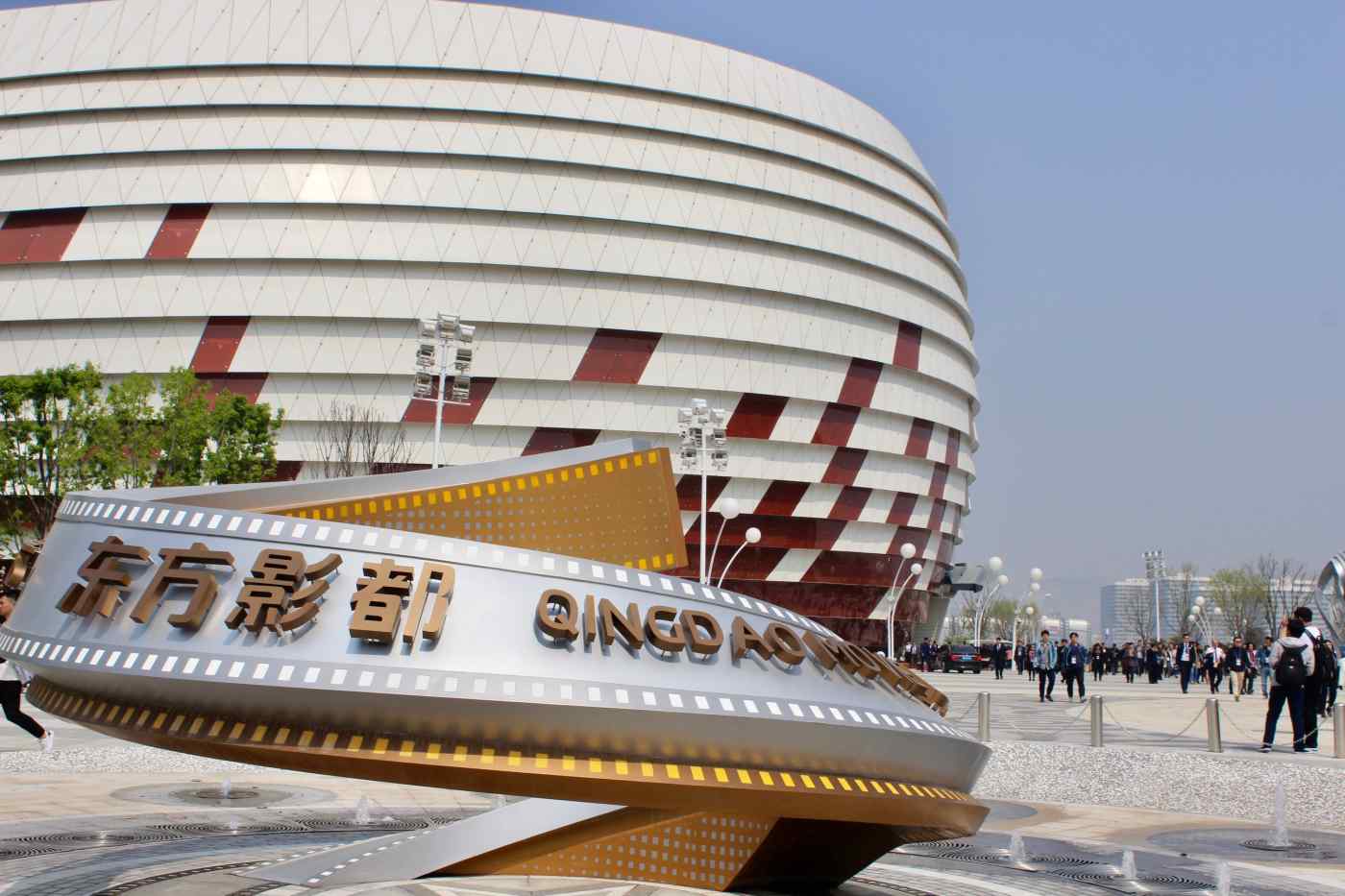 QINGDAO, China -- Dalian Wanda Group has opened a nearly $8 billion movie studio and entertainment complex with a fresh vow to turn the quiet coastal site into China's answer to Hollywood.

The grand opening on Saturday in the eastern city of Qingdao, which lacked the big-name movie stars that had turned out for past promotions, came amid a string of setbacks for tycoon Wang Jianlin's property conglomerate. Intense government scrutiny of its finances over the past year has prompted the company to sell off trophy assets abroad while reducing exposure to entertainment investments.

Wang, who serves as Wanda's chairman, is hoping to flip the script back in his favor with Qingdao Movie Metropolis, long envisioned as the crown jewel of his empire. The sprawling 50 billion yuan ($7.91 billion) complex boasts what Wanda says are the world's most advanced studio facilities, alongside luxury hotel accommodations, a theme park, villas and a yacht club.

In an interview with state television two years ago, the outspoken real estate magnate predicted that Movie Metropolis, coupled with theme parks Wanda was building across the country, would make Shanghai Disneyland "unprofitable" in 10 to 20 years.

The film production area, located under a gigantic hillside sign that resembles the iconic Hollywood sign in Los Angeles, features 52 high-tech studios. The facilities include a 10,000-sq.-meter sound stage -- said to be the world's largest -- and the industry's only integrated outdoor and indoor underwater studio. The 60-hectare outdoor shooting area offers replicas of streets in Europe and old Shanghai.

Yet the world-class facilities may not guarantee business from international filmmakers.

During one year of trial operations, "Pacific Rim: Uprising" was the only Hollywood production filmed on the site. Some scenes of the "The Great Wall," a joint Chinese-U.S. production starring Matt Damon, were also shot there. Both were backed by Legendary Pictures, which Wanda acquired in 2016 for a steep $3.5 billion. The grand opening was a subdued affair compared with the groundbreaking ceremony for Movie Metropolis in 2013. Back then, Wang flew in some of Hollywood's biggest names -- Nicole Kidman and Leonardo DiCaprio among them -- to show the world his determination to create another Tinseltown from scratch. This time, Qingdao-born actor Huang Bo was arguably the most famous face present.

"The completion of Qingdao Movie Metropolis marks a milestone in the industrialization of Chinese films, and will lead domestic production to the world," Wang said in a short speech at the ceremony.

Despite the low-key proceedings, Wanda's news release expressed high hopes. The studios are expected to host more than 500 movie and television production companies within three years, with annual film and TV show output of about 100.

"Fengshen Trilogy," a Chinese film with a total investment of 3 billion yuan, is currently being shot at Movie Metropolis, according to Wanda.

"We are confident that we can turn it to a new hub for global film production," Wang said, after expressing his appreciation for the support of local officials. The film production area is located under a hillside sign that resembles the iconic Hollywood sign in Los Angeles.

Wanda has largely stepped back from entertainment-related investments after its overseas deals -- including investments in Spanish soccer club Atletico Madrid and Hollywood movie studios -- were slammed by Beijing as "irrational" and posing "systemic risk" to domestic lenders.

Responding to the shift in China's political winds, Wanda in July sold majority stakes in 13 cultural and tourism projects to rival developer Sunac for 43.8 billion yuan, in one of the country's largest property deals. Assets at the Qingdao complex were included in the sale, though Wanda kept the film production facilities and retained the management rights to the commercial complex.

Most recently, Wanda announced in February that it would sell a $1.24 billion stake in Wanda Film Holding to e-commerce giant Alibaba Group Holding and state-backed Cultural Investment Holdings. The company is Wanda's main film production and distribution arm, controlling more than 500 cinemas across the country.

The deal came a month after Wang pledged to reduce debts to an "absolute safe" level within two to three years and use Wanda's "limited cash" to develop domestic shopping malls -- the group's core business.

Even so, Wanda remains the world's largest cinema operator, thanks to its $2.6 billion acquisition of U.S.-based AMC Theatres in 2012. 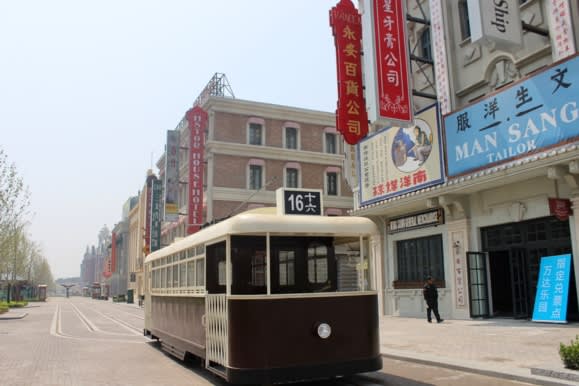 The production facilities include outdoor sets that recreate Europe and old Shanghai.