Apple supplier under pressure to diversify as demand shifts beyond phones

TSMC builds some of the world's most advanced processors for mobile devices, but has ceded memory chips to the likes of Samsung and Toshiba. © (Courtesy of TSMC)
CHENG TING-FANG, Nikkei staff writerSeptember 6, 2018 13:07 JST | Taiwan
CopyCopied

The comment by Liu, who succeeded founder Morris Chang as chairman earlier this year, marks a rare statement on the possibility of acquisitions by the risk-averse manufacturer and comes as its mobile-driven earnings slow.

Liu did not identify potential acquisition targets when he spoke with Nikkei on the sidelines of the SEMICON Taiwan event, a must-attend trade fair for the semiconductor industry.

The Taiwanese company has made no notable acquisitions to date. Intel and Samsung Electronics, its two major rivals in advanced chip manufacturing, are more aggressive in expanding through buyouts. Nikkei reported on Aug. 31 that Japan's Renesas Electronics wants to acquire U.S.-based Integrated Device Technology to expand its global footprint in automotive chips.

A veteran industry source regards Taiwanese memory chip provider Nanya Technology as a potential partner or investment target for TSMC. Nanya, the world's No. 4 maker of dynamic random access memory, said it is not aware of any acquisition talks and declined to comment further. A joint-venture with U.S. memory chipmaker Micron, the world's No.3 DRAM maker, is also an option, market watchers suggest, while it's not likely for TSMC to forge a further partnership with South Korean players Samsung and SK Hynix, the two global biggest DRAM maker. DRAM is a crucial component for electronic devices ranging from personal computers, smartphones and servers to connected cars. 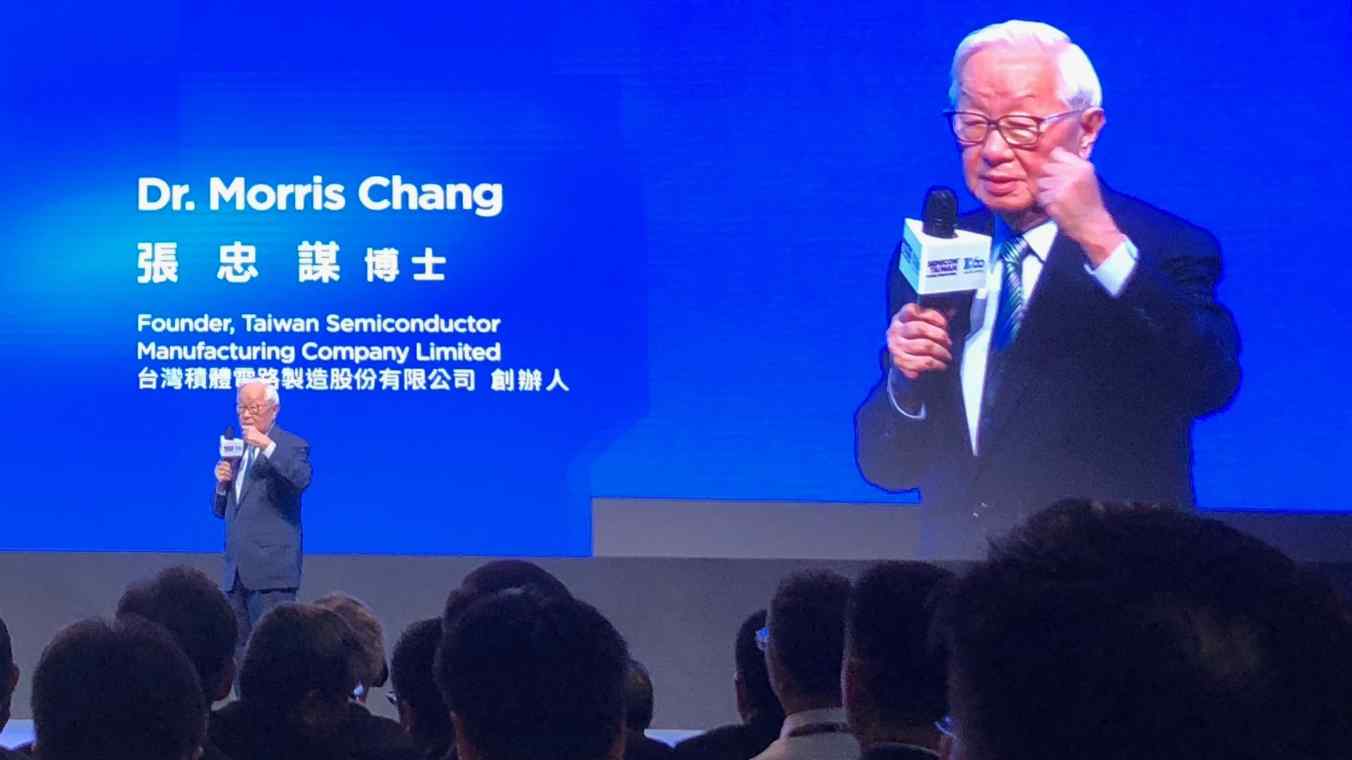 TSMC this year risks logging its first-ever annual revenue decline for mobile-related chips, a field that accounts for half of the company's top line. Growth momentum has shifted with rising demand for artificial intelligence, high-performance computing and automotive chips.

Mobile chips have served as the Taiwanese company's most important growth driver in the past decade. TSMC is the sole supplier of Apple's iPhone core processors and Chinese smartphone maker Huawei's high-end Kirin mobile processors, which go into its flagship models.

TSMC enjoys a 56% chip market share globally as well as 450 customers worldwide. Leading chip builders such as Broadcom, Nvidia, Qualcomm, MediaTek, NXP and Xilinx rely on the company's manufacturing technology. The chip champion said its revenue will grow 5% to 10% in U.S. dollar terms this year.

TSMC did consider joining the bidding for Toshiba Memory, the world's No. 2 maker of NAND flash memory behind Samsung, when Japanese parent Toshiba spun off the unit last year. But TSMC saw too little room for synergy and decided not to pursue the deal.

On spending besides acquisitions, Liu said he expects that his company's capital expenditures will "continue to grow" over the next few years, telling Nikkei he did not see the U.S.-China trade war affecting investment plans.

Chief Financial Officer Lora Ho said in July that the chipmaker would spend around $10 billion annually for the next few years, with up to $10.5 billion planned in 2018.

Liu, in the keynote speech at SEMICON Taiwan, said semiconductor development will cease to rely solely on Moore's law, and instead require more integration of core processor, memory and other kinds of chips. Hardware and software will need to be designed in tandem to bolster power efficiency, the chairman said.

Moore's law refers to a proposition by Intel co-founder Gordon Moore in which the number of transistors that can be squeezed onto a chip will double roughly every two years, with a corresponding advance in  computing power.

But many industry executives have grown convinced that this projection, which has driven the semiconductor industry for decades, could soon reach its limit even with advances in miniaturization.

Apple's upcoming iPhone adopts TSMC's 7-nanometer process technology, while last year's iPhone X used the company's 10-nm variety. A smaller size means a greater challenge and cost to produce, and many in the industry think chips below 2 nm may be impossible to develop. One nanometer equals one-billionth of a meter.