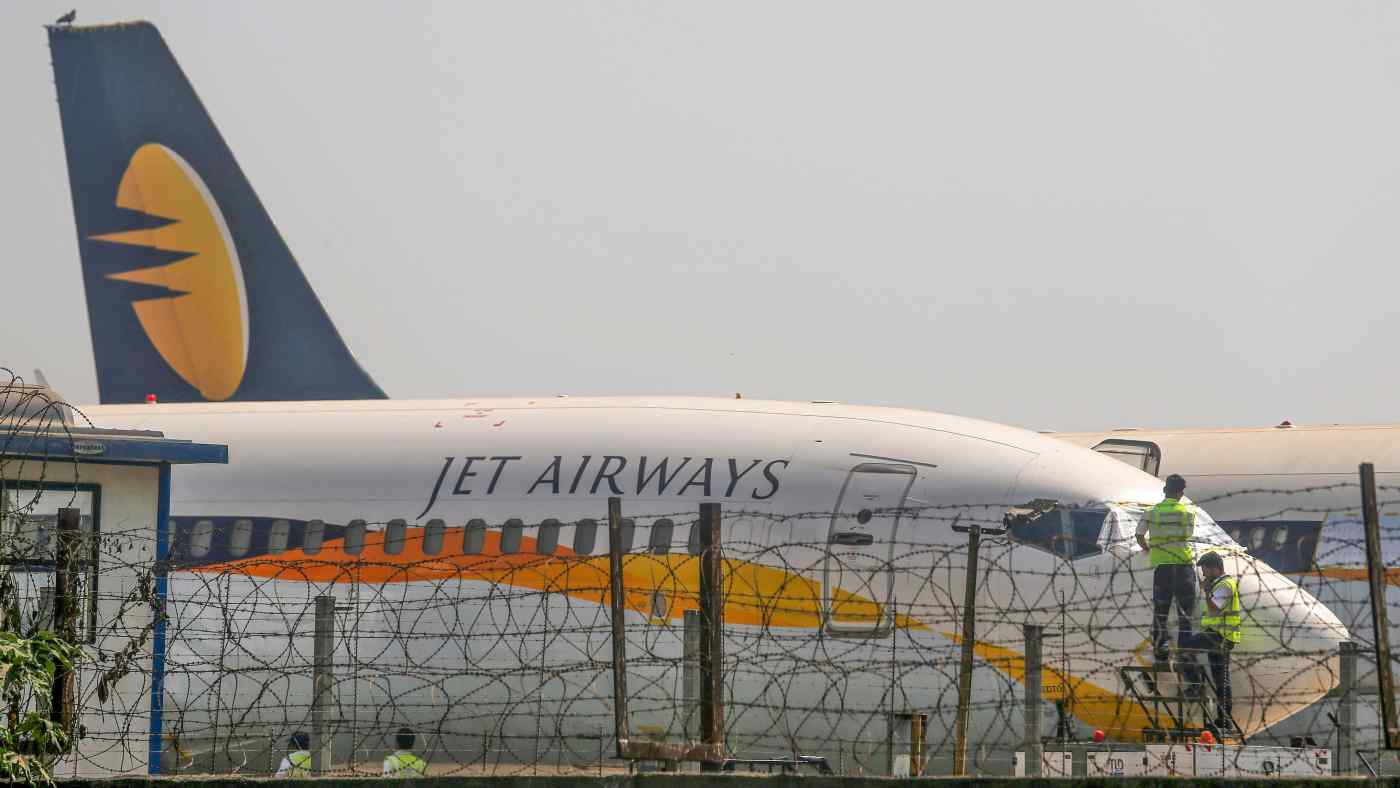 MUMBAI -- India's Jet Airways is drawing acquisition interest from several foreign airlines and private equity firms, as the lure of access to one of the world's largest aviation markets outweighs financial trouble that forced Jet to ground all international flights this week.

Air Canada, Delta Air Lines and TPG Capital are among the participants in a bidding round that was extended two days, to Friday, as some companies sought more time and clarification, according to sources familiar with the process. Other parties that have reportedly shown interest include Indigo Partners and the Indian government-run National Investment and Infrastructure Fund.

Lenders including State Bank of India currently own 51% of the airline, while Abu Dhabi-based Etihad Airways holds 12%. Founder Naresh Goyal controls 25%, under a recent restructuring plan that made way for Goyal's exit as chairman.

Experts say that while the Indian market is alluring, negotiating with the banks poses a challenge. The bidders may ask the bankers to take a deeper haircut, while in turn they may be asked to chip into an immediate fund infusion. It also remains to be seen how the foreign entities will deal with the 49% cap on ownership of an Indian airline.

India's passenger traffic trends are promising: The number of international travelers to and from the country grew 10% in the year through March 2018, while domestic passengers increased 18%, according to the India Brand Equity Foundation. But even though overall passenger numbers have grown at an annual average of 12.7% since 2006, the market remains a tough place to make money.

"It is a great opportunity for companies looking at entering the market. Jet Airways has done all the hard work," said Dhiraj Mathur, who was until recently a partner and leader of aerospace and defense at PwC India. However, he said "the airline is on the verge of collapse" and turning it around won't be easy.

Like its peers Indigo Airlines, SpiceJet, GoAir and Air India, Jet Airways has suffered from rising global oil prices and a volatile rupee.

The interest from foreign players is a positive development for the industry because "we will have stronger players operating in the country, both financially and the overall dynamic becoming much more mature," said Ashish Nainan, an analyst with CARE Ratings. With "serious players" taking over, "you will see lot of hyper competition going away, you can expect them to sustain much more healthily as compared to other players in the market."

Nainan said "the challenges now [for the bidders] will be the terms and conditions put forward, in terms of the haircut in debt that the banks will have to agree to." The analysts also questioned how many bidders will be "comfortable holding a 49% stake."

While bankers are considering injecting around 15 billion rupees ($216.6 million) into the airline immediately, the once top private carrier is in dire straits. It is flying only 12 aircraft, down from 119 at its peak, and has defaulted on interest payments and dues to suppliers.

All of Jet Airways' international flights have been canceled since Thursday, leaving thousands of passengers stranded. Adding to the stress, some pilots, engineers and general managers are "gathering" at the airline's Mumbai headquarters to seek clarification about unpaid wages and job security.

Jet on Feb. 14 reported its fourth consecutive quarterly loss -- 5.88 billion rupees for the October-to-December period. In August, the carrier embarked on a plan to cut costs by 20 billion rupees over the next two years. The airline is saddled with around $1 billion in debt.