TOKYO -- Japanese game giant Nintendo, which has led the global entertainment industry and emerged like a phoenix from numerous crises in the past, is now facing a new battle for survival. 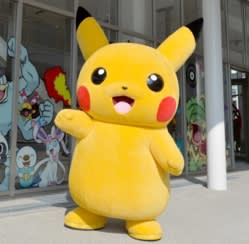 "Pokemon Go" has contributed to increasing the number of people playing games.

Nintendo's tough business environment comes a year after the sudden death of its charismatic leader, Satoru Iwata, and despite the worldwide success of the company's new smartphone game, "Pokemon Go."

"Pokemon Go" is becoming a game-changer for the global gaming business. Ironically, the runaway success of the augmented reality mobile game may have opened a Pandora's box for Nintendo.

Iwata died of bile duct cancer on July 11, 2015, at the age of 55. He had spearheaded Nintendo's launch of many successful products.

Since assuming the post, Kimishima has borne the brunt of criticism from an influential U.S. fund and other shareholders for Nintendo's poor business performance.

Nintendo saw its net profit tumble 60% year on year in the last financial year ended March 31, due to slumping sales of game consoles. The company is facing another tough year due to the stronger yen.

Nintendo's annual shareholders meeting was held amid a raucous atmosphere on June 29, with Kimishima coming under a barrage of criticism from shareholders.

But there were no questions about "Pokemon Go" from Nintendo shareholders. The company's management team also made no reference to the smartphone game.

Nobody could have predicted the "Pokemon Go" craze that has since gripped the world.

Kimishima was not in a festive mood even during a Nintendo board meeting at the company's headquarters in Kyoto on July 27, three weeks after the release of "Pokemon Go" in the U.S. and elsewhere.

The new company president made only a few remarks about the blockbuster smartphone game during the meeting. For example, he said, "I have found that there are Pokemon fans around the world."

"Pokemon Go" was developed jointly by venture firm Niantic, which was spun off from U.S. search engine giant Google, and the Pokemon Company, a Nintendo affiliate based in Tokyo. "Pokemon Go" is distributed by Niantic.

Nintendo makes money from "Pokemon Go" based on its 32% equity stake in the Pokemon Company. 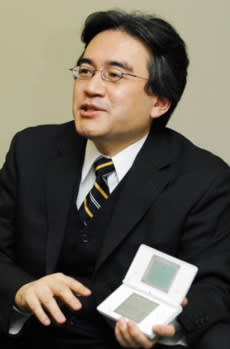 But "Pokemon Go" could be called a legacy of former Nintendo President Iwata as he was closely involved in the development of the smartphone game from the planning stage.

Iwata took the helm of Nintendo as president in 2002, succeeding Hiroshi Yamauchi, a member of the company's founding family. Iwata then led the release of highly successful products such as the Wii game console.

But the Wii U game console, the successor to Wii launched in 2012, proved a failure. As a result, Nintendo incurred a record group operating loss of 46.4 billion yen ($458 million at current exchange rates) in the financial year ended on March 31, 2014.

In a flip-flop, Nintendo decided in March 2015 to make a foray into smartphone gaming. Iwata wanted to create a smartphone game typical of Nintendo under his own initiative, but the ailing president had only limited time left to do it.

Even after undergoing surgery in June 2014, Iwata said, "I still have unfinished business."

He made his last public appearance at an annual Nintendo shareholders meeting at the end of June 2015 before passing away two weeks later.

He continued to work in a hospital room until the last moment, using his favorite PC and exchanging views on "Pokemon Go" with Tsunekazu Ishihara, the Pokemon Company's president and his close friend.

Iwata had an unshakable belief in his company's products. Many Nintendo fans are children, so he was critical of conventional smartphone games.

"Children can enjoy 'Pokemon Go' without spending too much money. This is probably what Iwata-san aimed for," said an executive at a game-related company who knew Iwata well.

But "Pokemon Go" is a double-edged sword for Nintendo, as the unexpected "Pokemon Go" fever could eat away at the Nintendo 3DS portable game console business, a major revenue source.

Nintendo plans to release "Pokemon Sun" and "Pokemon Moon," the new Pokemon series software for 3DS game consoles, around the world on Nov. 18 in a bid to win many customers during the Christmas shopping season.

Sales of the new products will also affect Nintendo's earnings results for the current financial year. The popular Pokemon series is a cash cow for the company, with its cumulative sales topping the 200 million-unit mark.

"Pokemon Go" has made significant contributions to increasing the number of people playing games, which former Nintendo President Iwata made a pillar of the company's strategy.

It is still unclear whether Nintendo's "Pokemon Sun" and "Pokemon Moon" will be able to win the hearts and minds of many consumers. "I hope Sun and Moon will sell well," said a grim-faced top Nintendo official.