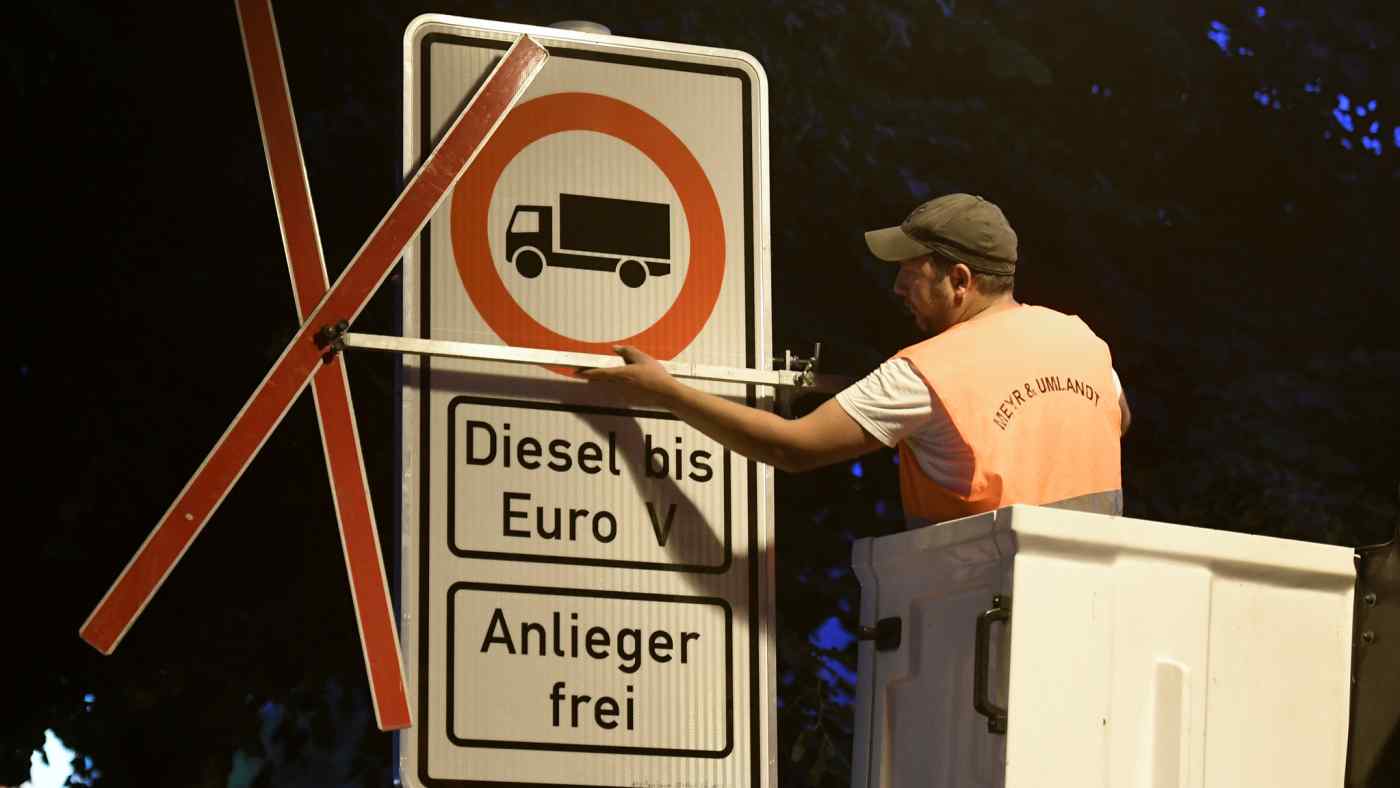 NAGOYA, Japan -- The global retreat from diesel fuel has prompted Toyota Motor and Isuzu Motors to end a 12-year partnership as both automakers recalibrate their growth strategies.

"There were no gains from the capital tie-up," Koichi Seto, an Isuzu senior executive officer, told a press briefing on Aug. 3. "There is no overlap between the companies lately."

The two Japanese automakers formed a capital tie-up in November 2006 to jointly develop a 1.6-liter diesel engine for small passenger cars in Europe. Isuzu is strong in diesel technology, an area where Toyota hoped to improve through the partnership. But Toyota would soon shift its focus to hybrid vehicles, bringing joint development to an end.

After that, the pair rarely exchanged engineers. Toyota has since accelerated reviews of its operations and costs, including its investments in other companies. "We completely re-evaluated our strategic stockholdings," said one Toyota executive.

Stronger regulations against diesel in such markets as the U.K., France and China were likely behind the decision, although Seto denies that played a factor. Starting this year, Toyota will no longer sell new passenger cars with diesel engines in Europe.

Toyota will proceed with truck and bus development through subsidiary Hino Motors. Hino has already developed a hybrid truck and in April began studying joint development of diesel and electric vehicles with Volkswagen's bus and truck segment.

Toyota views commercial vehicles as a touchstone for next-generation technologies because they operate on designated routes, making advancements in electrification and automated driving easy to introduce. Hino's partnership with Volkswagen will be key to the commercial vehicle segment, which is a crucial part of the group's overall strategy.

Isuzu, meanwhile, is looking for a new collaborator as the only major Japanese producer of commercial vehicles without a European partner. Mitsubishi Fuso Truck and Bus is backed by Daimler, and UD Trucks by Volvo.

There are companies that want to team up with Isuzu, according to industry insiders, due to the automaker's technological prowess in light trucks and strength in Southeast Asia. The end of the partnership with Toyota also presents greater opportunity for foreign automakers to approach Isuzu.

But the business environment around commercial vehicles is tough. Daimler has a technological driver in Mitsubishi Fuso while Volkswagen and Hino hold an advantage over Isuzu. Chinese automakers like FAW Group and Dongfeng Motor Group also hold five of the top 10 global market shares thanks to climbing sales in a vast home market.

There is a ceiling on Isuzu's technological advancement given its limited funds. Although the company worked on state-led projects like automated commercial vehicles with Hino, the latter's announcement of a potential comprehensive partnership with Volkswagen has clouded prospects for future cooperation.

Isuzu is accelerating its search for a partner to help defray investment in next-generation technology. "We will look outside the auto industry and consider information technology companies as well," said President Masanori Katayama, referring to the company's early stage efforts to develop automated driving and electrification systems.

Isuzu's net profit climbed 16% on the year to 38.1 billion yen ($343 million) in the April-June quarter. Despite brisk earnings now, it will be difficult for a smaller automaker like Isuzu to survive on its own in the long run without some collaboration with larger peers. A 35-year capital tie-up with General Motors ended in 2006, with Isuzu then teaming with Toyota. As that relationship draws to a close, a new potential partner has yet to appear.