Drop is smaller than forecast but US-China trade spat looms 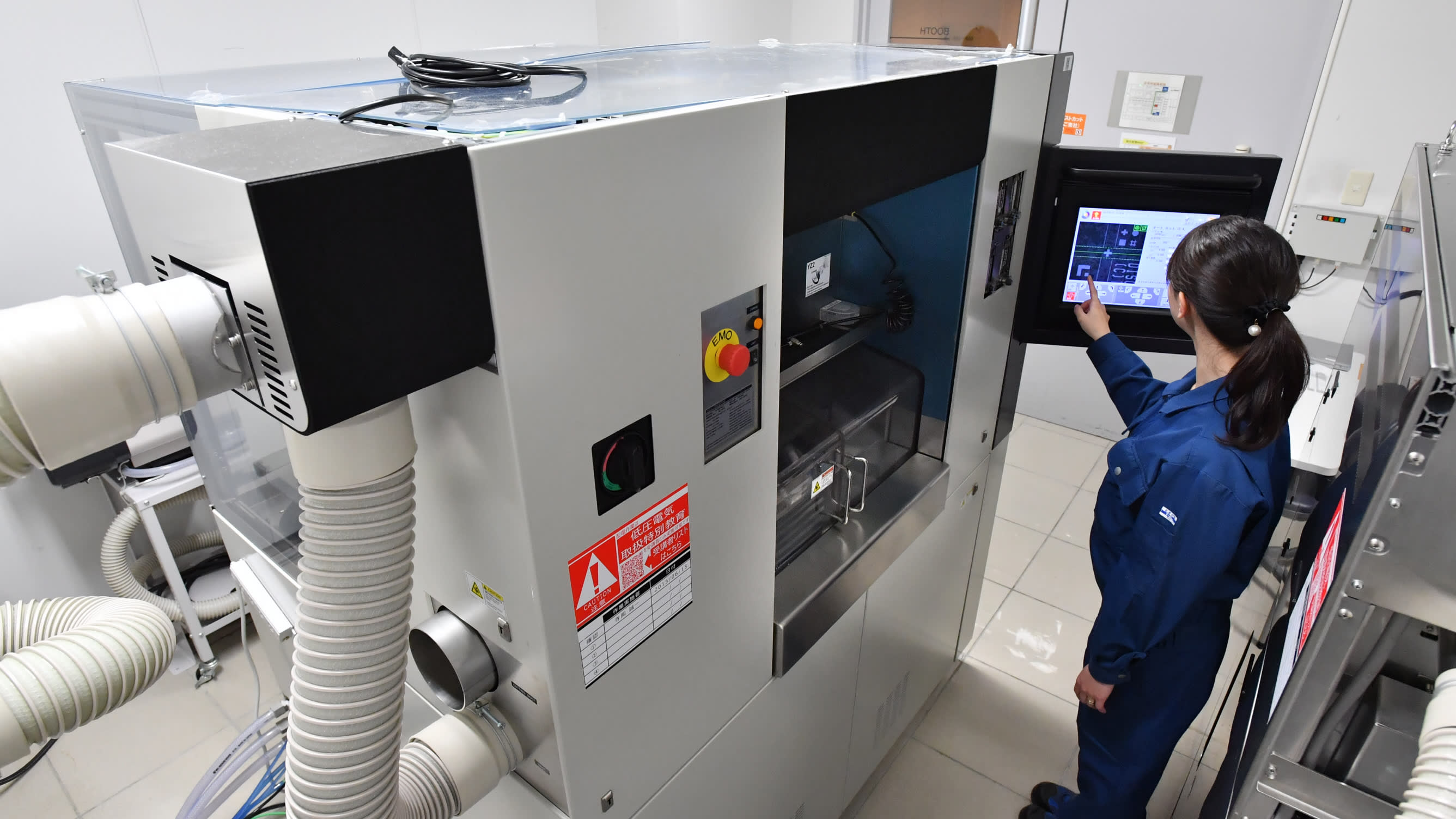 TOKYO -- Chipmaking-equipment maker Disco is expected to report a 30% drop in group operating profit to 10.5 billion yen ($93 million) for the first quarter ended in June, better then its projected 35% decline, on stronger-than-expected sales of replaceable dicing blades and grinding wheels for silicon wafers.

Sales at the Japanese company are now seen shrinking 10% to about 40 billion yen, about 2 billion yen higher than anticipated, thanks to high factory utilization rates at North American and South Korean clients.

Disco is unlikely to generate strong profit numbers for the first half through September. Chinese smartphone makers are reining in capital spending, which has deflated sales of Disco's chipmaking devices. There was a significant jump in sales to Chinese semiconductor manufacturers in the spring of 2017, but that petered out this year.

Global demand for chips will rise 12% this year to $463.4 billion, according World Semiconductor Trade Statistics. But the trade dispute between the U.S. and China looms over the industry.

A Chinese court presiding over a patent infringement case issued a temporary injunction against Micron Technology that prevents the U.S. company from selling certain products. Because of the uncertainty surrounding Washington and Beijing's next moves, semiconductor makers in China and Taiwan are reportedly delaying equipment purchases. Disco, which commands a large market share in cutting and grinding equipment, will likely be affected.

Disco will report first-quarter numbers on July 26. The company has not disclosed projections for the first half or the full year ending March 2019.