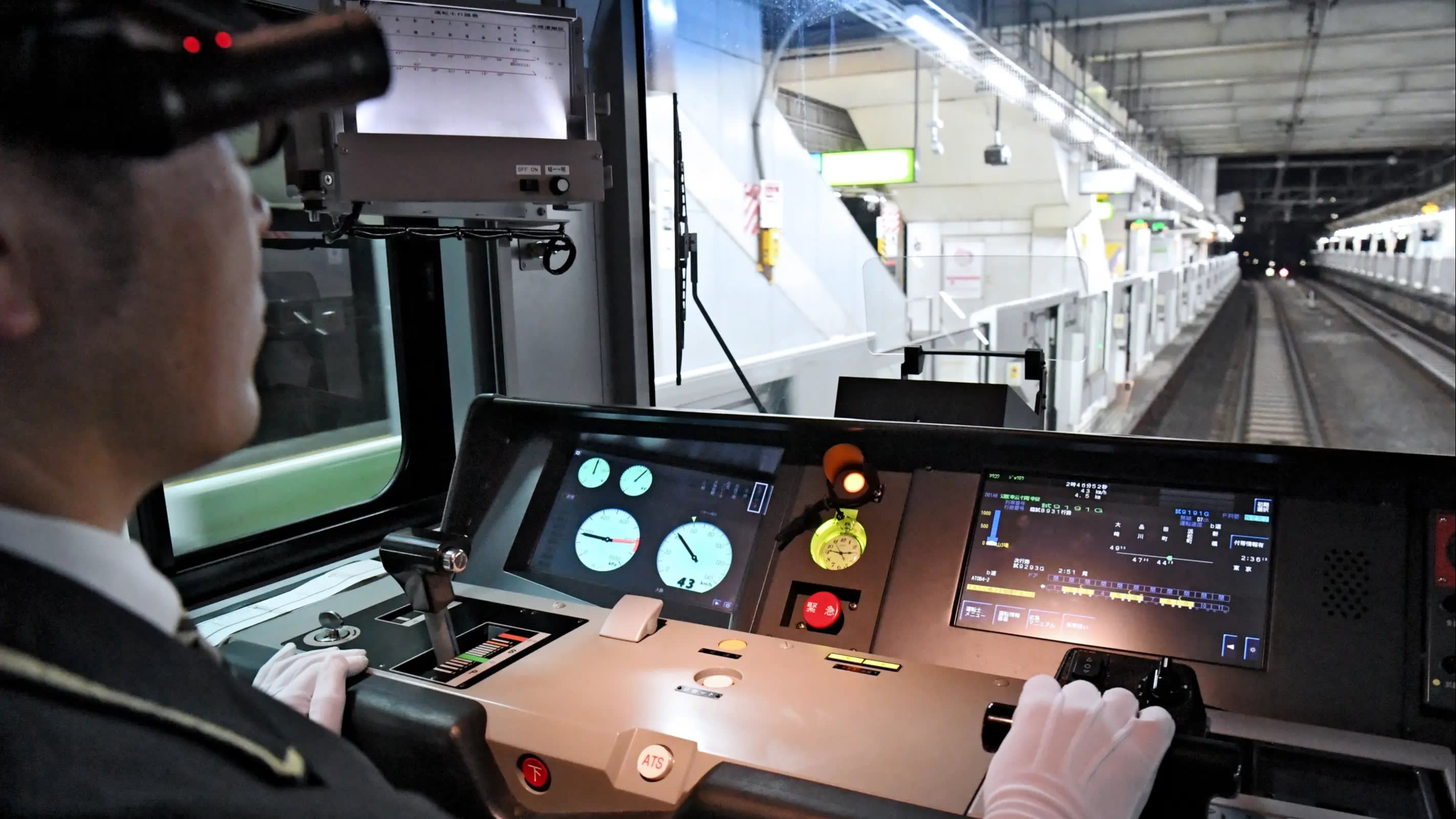 A driver leaves his left hand off a lever during a test of a self-driving train on Tokyo's Yamanote Line. (Photo by Toshiki Sakazu)

TOKYO -- At the push of a button, an automated train conducted a test run over Tokyo's iconic Yamanote Line in the wee hours of Monday morning, as operator East Japan Railway demonstrated technology it aims to put into practical use by 2027 as it girds for a shortage of drivers.

The test was held before service began for the day on the 34.5 km elevated line that encircles the capital city. It was also the first open to the press for a technology that JR East began trials of at the end of last year. The cutting-edge E235 train made stops from one station to the next, regulating its own speed without human assistance. Crew members measured the time taken between stations and kept track of whether the train adhered to its timetable.

Nearly a quarter of JR East's workforce is nearing the retirement age of 60, driving the railway operator to delve sooner than its peers into fields like automation and robotics to keep service running smoothly -- especially on the Yamanote Line, a vital artery that carries some 5.3 million riders daily.

"While many problems remain to be solved, this marks a first step toward high-level automation," said Yuichiro Tokunaga, general manager of JR East's transport and rolling stock department. One major question is whether the trains can safely execute emergency stops at railway crossings or between stations.

Japan's existing automated transit generally runs on lines with no crossings and far fewer passengers than the Yamanote Line. The Yurikamome, an automated transport system on the Tokyo waterfront, carries about 124,000 people per day, for example.

JR East employs around 11,000 train drivers and conductors, about a fifth of its total workforce as of April 2018. Though it does not release age breakdowns by section, people 55 or older make up a relatively high 24% of its overall staff. It has a program for hiring back employees who age out, but only for five years.

The company is likely to face a race against time to hit its target date of 2027, which would mark the 40th anniversary of the privatization of Japan's railways.