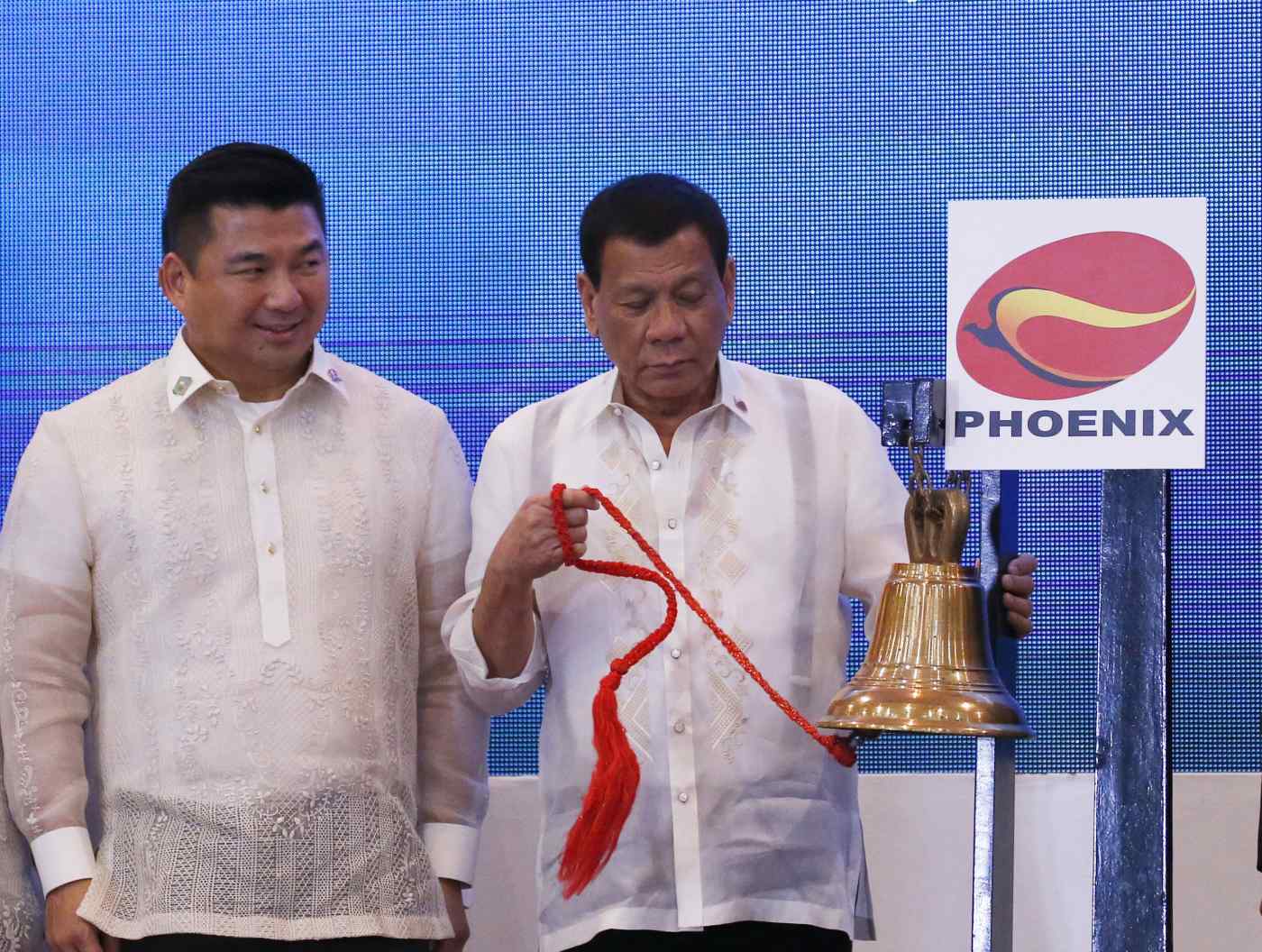 The deal comes as the Philippines and China are holding talks to jointly explore for resources in the disputed waterway.

Uy's Dennison Holdings will buy 340 million shares at 11.85 pesos each, a 20% discount to the 90-day weighted average, for around 4 billion pesos ($74.4 million), according to PXP's stock exchange filing on Thursday. The statement also said that its principal shareholder, Philex Mining, increased its stake to 25.9% from 19.8% under the same terms. A definitive agreement has yet to be finalized.

PXP said the additional capital will be used to "fund exploration activities and other oil assets within the Philippines and in Peru, and to repay its advances from Philex."

The deal is a vote of confidence in PXP, which is expected to benefit if Manila and Beijing agree to jointly develop the Reed Bank, a disputed area in the South China Sea which has potential gas resources according to past seismic surveys undertaken by PXP.

PXP controls London-listed Forum Energy, which holds Service Contract 72, a permit to explore the Reed Bank. The company is a unit of Philex Mining, which in turn is a unit of Salim Group's Hong Kong-listed investment house First Pacific.

PXP's exploration work in Reed Bank was halted in 2014 after Manila filed an arbitration case against Beijing over the territorial dispute. The Philippines won the case in July 2016, but then newly installed President Duterte set aside the dispute to pursue wide-ranging economic cooperation with China.

Diplomats from the two countries formally kicked off talks on maritime cooperation early this year. Former Philippine Foreign Affairs Secretary Alan Peter Cayetano said in October both countries are "cautiously enthusiastic" about a joint oil and gas exploration agreement, which could be firmed up when Chinese President Xi Jinping visits Manila next month.

Apart from Uy, other investors are also bullish on PXP. Its shares have jumped by 121% this year, defying the broader market as the benchmark Philippine Stock Exchange index plunged by around 19%. Upbeat investors have also shrugged off PXP's January to September losses, which grew to 31.4 million pesos from 23 million pesos a year ago, due to ballooning decommissioning costs.

Uy did not immediately respond to a request for comment on his investment in PXP. The businessman owns fuel retailer Phoenix Petroleum Philippines whose board of directors on Thursday approved the establishment of an offshore unit in Singapore under the name PNX Energy International Holdings. PXP is his latest investment.

Uy has become one of the most aggressive tycoons since Duterte came to power. Speaking with the Nikkei Asian Review last year, Uy, who had been appointed presidential adviser for sports and who regards the president as a family friend, said he does not ask personal favors from the government. But he said his confidence in investing has been boosted by the present leadership.

Uy has purchased logistics and shipping companies, a hospitality management school, a restaurant chain, and the Philippine operations of Japanese convenience store chain Family Mart, among others. He has the financial backing of Bank of China with a $220 million loan, as part of billions of economic deals Philippines signed following Duterte's October 2016 visit to Beijing.