SINGAPORE -- Dyson, known for its bladeless fans and bag-free vacuum cleaners, is advocating an open economy in which technology can flourish and bring the best products to consumers, said James Rowan, chief executive officer, in an interview with the Nikkei Asian Review on Monday.

Referring to the ongoing trade tensions brewing between the U.S. and China, Rowan said that as governments and policies can change, it is "difficult to say" which way trade relations will be heading.

"We don't have the ability to change what will happen and what trade relations will end up like," he noted.

However, when asked if trade relations between the U.S. and China might have an impact on Dyson, Rowan said the British company did "not see any major concerns" as it was constantly taking measures to protect itself against all potential threats, including potential earthquakes, tsunamis or strikes.

Dyson controls its own supply chain and manufactures a lot of its own components, according to Rowan. He noted that the company made sure it had strong sources for various parts. 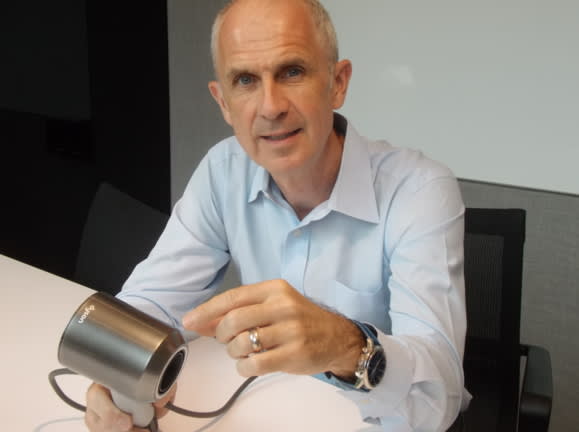 Dyson unveiled its first technology laboratory in Shanghai in May 2017, against a backdrop of rapidly growing sales in China. "As we grow in China, so must our ability to localize apps and software," Rowan told the Financial Times in an interview at the time.

One year on, tensions between Washington and Beijing have dramatically intensified over issues including technology transfer. In April, the U.S. government banned American companies from selling parts and software to Chinese smartphone maker ZTE for seven years, after it was found to have illegally shipped U.S.-made components to Iran.

"If one source becomes unavailable then we have another source to go to. We don't see too many issues right now," he added. "That's nothing to do with trade tariffs, that's to do with supply and continuity of supply."

Dyson continues to have massive appeal among Asia's rising middle classes, who are willing to invest in high-tech, lifestyle-enhancing products. In 2017, the company reported record earnings of 801 million pounds ($1.10 billion), mainly due to high demand from Asian consumers.

"As a technology company, with our products sold in over 80 countries, our focus is on developing products that solve problems for our customers," said Rowan. He also added that technology continued to be at the forefront of the business, with the company continuing with a 2.5 billion pound investment program in "long-term technology".