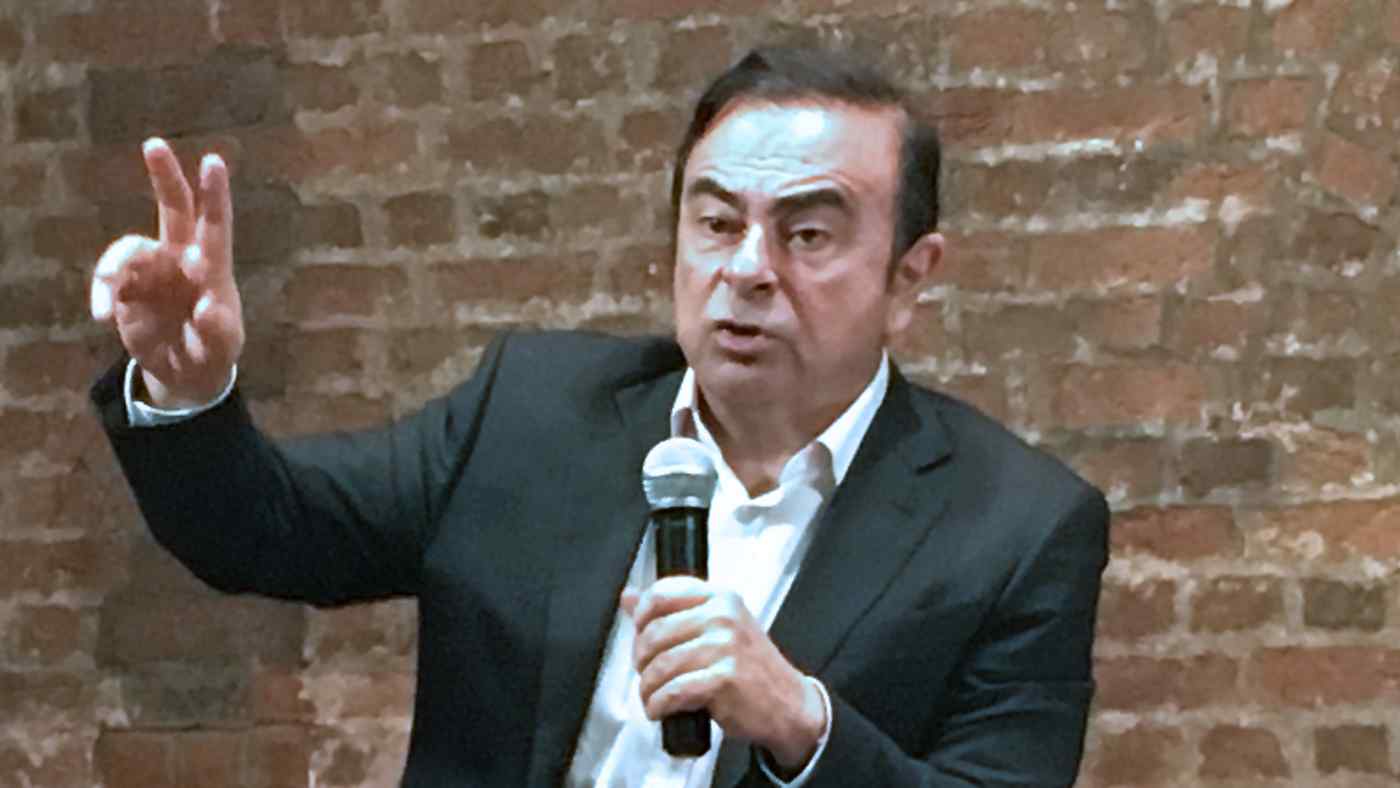 HONG KONG -- The alliance of Nissan Motor, Renault and Mitsubishi Motors is shifting its focus on electric vehicles to making them more affordable after resolving consumer worries about vehicle range, according to Carlos Ghosn.

"We have seen that consumers do not talk anymore about range or autonomy as long as you guarantee more than 300km," said Ghosn, the chairman of the three carmakers, in a media session with Hong Kong reporters late Friday.

Ghosn said the companies only recently determined that 300km was the key milestone, as car owners on average drive just around 50km a day. "You could not have guessed this [result] through studies," he said. "You had to have 500,000 [electric] cars on the ground to understand that consumers do not put autonomy on top of their concerns any more when you cross 300km."

For the Chinese market in particular, price is now the key issue, Ghosn said. "When you look what are the electric Chinese cars that are selling, they are very, very affordable cars," he said. "The price point of the Leaf today is not adequate for the Chinese market."

Nissan is returning to the China EV market by introducing a version of its Kwid crossover through its existing joint venture with Dongfeng Motor Group. "This will address the particular segment of the very affordable electric car," he said.

Aside from price, the key issues for consumers are functionality and the cost of ownership, not technology, he said. Recent fatal accidents involving driverless cars will reinforce the need for automakers to prove their safety to the public and regulators and to sort out issues such as legal responsibility.

"There are plenty of very sensitive questions that need to be answered by the regulator before these cars go on the market," Ghosn said. "I don't think the mass marketing of these technologies will happen before 2022-2023."

"It's going to take some time," he said, adding that assurance of protection from hackers will be a particular issue. He added though that the potential to eliminate human error, seen as responsible for 90% of accidents, will keep regulators interested in working out solutions.

"It's because the driver is the biggest cost they have," he said, estimating that a constantly operating driverless delivery EV in the U.S. might incur $250 in electric charges during the course of a month while drivers would cost at least $15,000. "Getting rid of the driver is a [more than] 90% reduction of the cost," he said. "The benefit for commercial users is huge."

As the carmakers' alliance will be operating fleets of driverless taxis -- one such pilot service using Leaf EVs is starting in Yokohama -- they will in effect be poised to compete with Uber and Didi, Ghosn admitted. "It's competition in some cities," he said. "We may in some areas be doing the same thing they are doing."

As with Dongfeng, Ghosn predicted that the alliance members and most other foreign carmakers will continue to work with their existing Chinese joint venture partners despite Beijing's long-awaited announcement last week that it will start allowing foreign companies to act on their own.

"Today, we consider that these partners are very useful," he said, adding that the alliance companies will appreciate the flexibility to potentially go on their own with new initiatives.

In his view, the key motivation for carmakers building factories in markets such as China and the U.S. is not to be closer to the consumer. "It is because they don't want to take the foreign exchange risk," he said. "That's why 95% of the cars sold in China are made in China. The logic of carmakers today is localize, localize, localize."

Asked about signs of a trade war between China and the U.S., Ghosn said that U.S. moves to raise import tariffs on aluminum and steel are "going to have an impact on the price of cars" and potentially reduce sales. "The effect of all these things is negative," he said.

But he signaled sympathy with some of U.S. President Donald Trump's trade complaints. "Some of these [trade] treaties are old," Ghosn said. "They did not follow the evolution of the economy," he said, citing the North American Free Trade Agreement as an example.

Trump's complaints about trade imbalances also appeared to have struck a chord with Ghosn. "I think what people are trying to do is to say ... 'I want you to listen to me when I have total unbalanced trade and I want us to sit down together and find a way to reduce this imbalance,'" he said. "In a certain way it's going to make trade more sustainable in the future."