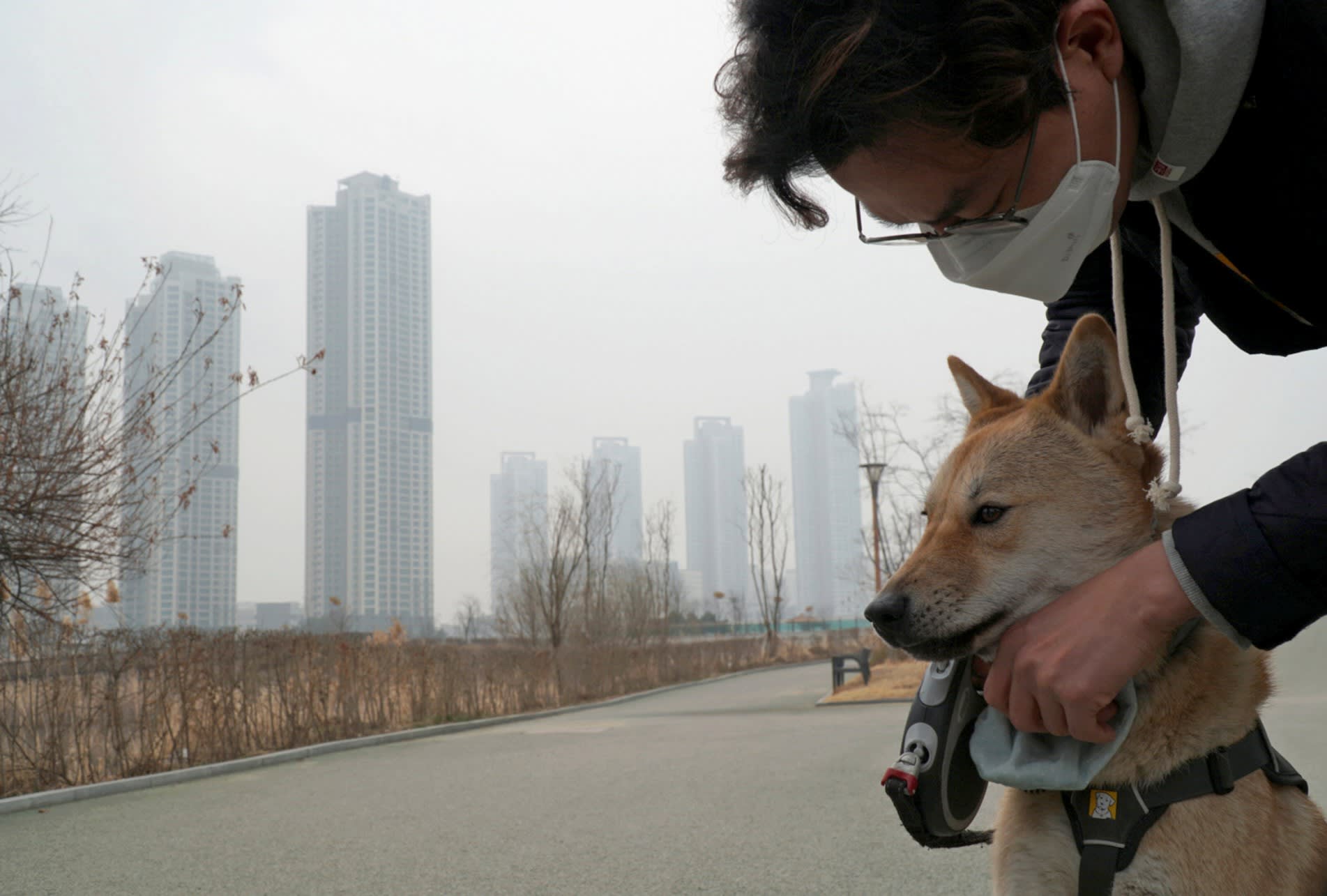 SEOUL -- When the South Korean government announced on April 17 that leading South Korean chemical companies LG Chem and Hanwha Chemical had concealed air pollutant emissions in excess of government standards, the news sent shock waves through the country, which is suffering its worst-ever atmospheric pollution.

At a time when emissions were reaching up to 15 times the allowable level, the two companies falsely reported their compliance with environmental regulations in documents submitted to the government. Experts said the scandal is just the tip of the iceberg.

The atmospheric concentration of PM2.5 -- particulate matter smaller than 2.5 microns in diameter, which can lodge deep in the lungs -- reached an average 135 micrograms per cubic meter on March 5, the Ministry of Environment said. The level exceeded the earlier record of 129 micrograms per cubic meter set in January, and is nearly four times the South Korean standard.

Air pollution has been worsening rapidly in South Korea since the start of this year and the government has blamed it on yellow dust blowing in from China. But on some recent days, the sky has been clearer in notoriously polluted Beijing than in Seoul, and an increasing number of people believe South Korea is to blame for the problem. The fabrication of emissions data by the top chemical companies, which was detected through a ministry survey, strengthens this view.

President Moon Jae-in is under increasing pressure to deal with the problem. The ministry announced on April 17 that it had checked factories in places such as Yeosu in the southern province of Jeollanam-do, as well as data at measurement agencies. It discovered that the falsification of the emissions data, including figures sharply lower than the actual discharge amounts and compliance reports that did not include measurements, had been practiced since 2015. Over the four years, a total of 13,096 measurement figures were manipulated at 235 sites, the ministry said.

For example, LG discharged 15 times more vinyl chloride than allowed but reported compliance. The ministry initially said the company's emissions had topped the standard by 173 times but corrected the announcement a few days later.

To avoid fines, LG has reduced its emissions of sulfur oxide to less than 30% of the standard.

Following the ministry's announcement, LG issued a written apology on behalf of CEO Shin Hak-cheol saying that the company will shut down a production facility accused of emitting vinyl chloride.

Hanwha also apologized for its actions.

With the ministry and public prosecutors charging officials involved at the two companies, Hanwha said it will "sincerely" cooperate in the investigations.

South Korea's environmental law does not include tough penalties for violators. According to Yonhap News Agency, officials responsible for the fabrication of emissions data will either receive a jail term of less than one year or be ordered to pay a fine of less than 10 million won ($8,536). Many other companies, in addition to LG and Hanwha, are believed to have falsified emissions data.

The exposed cases "may be the tip of the iceberg," a ministry official said. To make sure it doesn't happen again, the ministry will create a system to remotely measure air pollutants from factories, using special vehicles combining drones and measuring equipment, the official said.

According to an estimate released by Hyundai Research Institute, air pollution caused by the increased atmospheric concentration of PM2.5 results in economic losses totaling 4,023 billion won per year, equivalent to 0.2% of South Korea's gross domestic product. Measures to reduce emissions of PM2.5 should be promptly introduced, despite their affect on economic activity, the private think tank said.

The institute made the estimate based on effects of air pollution, such as spending by people in South Korea to cope with PM2.5, limits on work by harbor and other outdoor workers, and voluntary restraints on private leisure activities.

Public concern about PM2.5 has increased in South Korea since the ministry declared last year that the particulate matter is a cancer-causing agent, upsetting the widespread public notion that it is merely another kind of dust.

Roughly 60% of the more than 1,000 people in the institute's survey said PM2.5 has damaged their health, while about 24% said they had cut back on outdoor activities.