Union says 3,500 workers are left without wages due to coronavirus closures 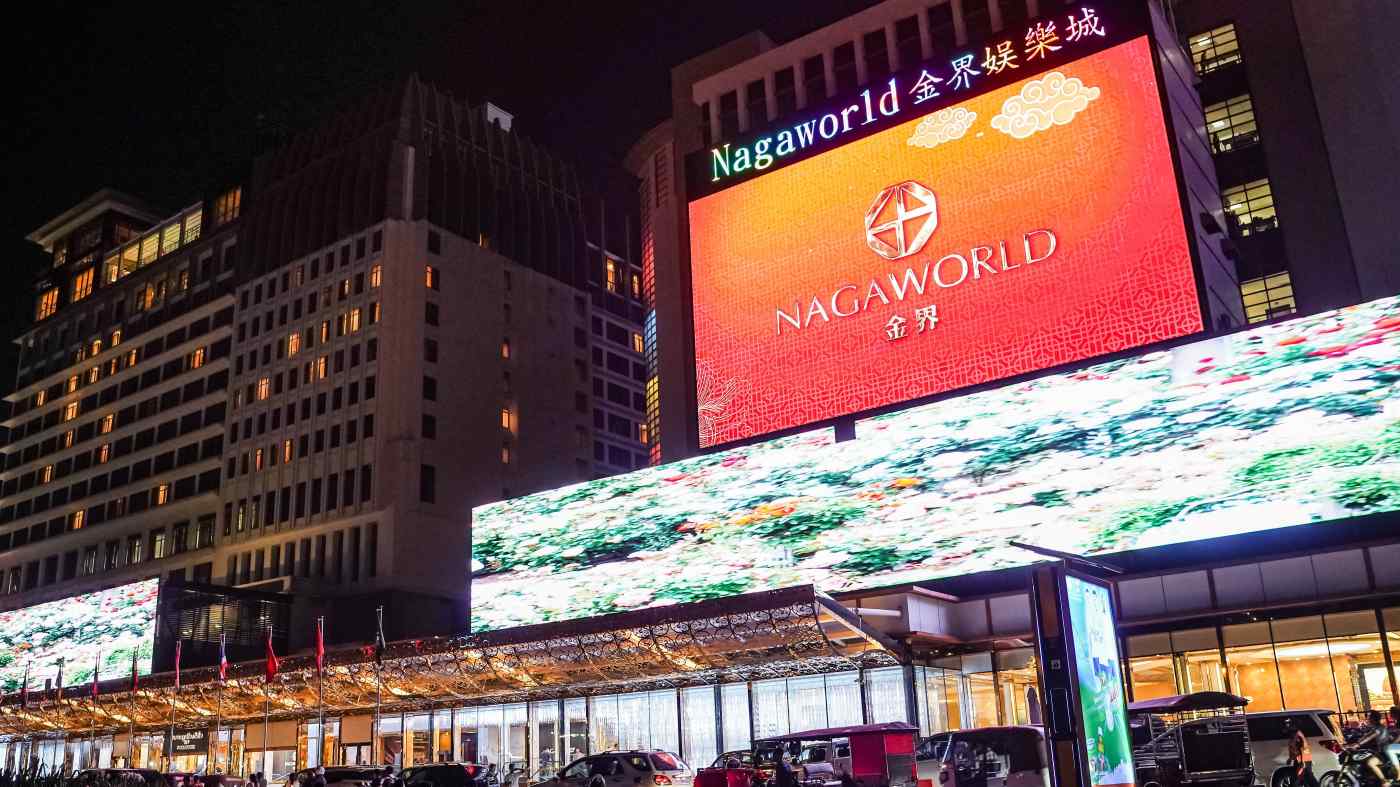 NagaWorld in Phnom Penh is one of the world's most profitable casinos. (Photo by Masayori Ishikawa)
SHAUN TURTON, Contributing WriterJune 19, 2020 18:15 JST | Cambodia
CopyCopied

PHNOM PENH -- Employees of Cambodia's NagaWorld are protesting after they say the casino, one of the most profitable in the world, stopped paying wages for furloughed staff.

The casino -- which made $521 million in profit last year and recorded gross gaming revenue of $1.7 billion -- has been closed since March amid ongoing measures to curb the spread of COVID-19.

According to the head of a staff union, Naga agreed to pay 50% of salary to workers during April, but left the issue of following months' wages unresolved. Then, at a meeting on May 28, managers announced salaries would be suspended in June.

"They said they could not afford to pay workers anymore because the company has no business for two months and they want to keep the business sustainable," Chhim Sithar, head of the Labor Rights Supported Union of Khmer Employees of Naga World, told Nikkei Asian Review.

"Me and everybody, all workers, don't believe them."

Naga did not respond to multiple requests for comment.

The salary suspensions mean 3,500 casino workers are without income, Sithar said, though the company's 5,000 hotel workers are able to work limited shifts of six days per month.

Sithar led about 200 Naga workers in a protest outside Cambodia's Labor Ministry on Tuesday.

The workers submitted a petition requesting that the government extend a $40 monthly stipend, currently provided to suspended garment and tourism workers, to Naga staff.

Labor Ministry spokesman Heng Sour did not address the issue of suspended wages directly, but said the workers needed to "negotiate according to the law."

"All people who [are] laid off and [have] no work need to go through the social assistance program," he said in a message, referring to a separate, pre-existing program.

Cambodia has avoided a widespread outbreak of COVID-19, but has seen its economy's main drivers -- apparel exports, tourism and construction -- pummelled by the pandemic's economic impact.

Its health authorities on Thursday reported the 129th COVID-19 case in the country. Some travel bans have been lifted, however schools and some business closures remain in place, with no clear timeline for reopening.

To Naga, the union has proposed options including reduced wages and loans against future salary payments, or against holiday entitlements.

NagaCorp, which is listed in Hong Kong, has been on an earnings hot streak and has plans to add a more than $3 billion third property in Phnom Penh, where it has a monopoly licence on gambling.

It became one of the world's top 10 most profitable casinos in 2018, according to an analysis by Gambling Compliance.

Amid its success, it has clashed with workers who have demanded a greater share of the earnings.

The dispute last year, which saw Sithar suspended, was resolved following a strike in January, with Naga agreeing to a 66% pay rise for hotel workers and a 77% increase for casino employees.

Sithar said it was disappointing the company, and government, appeared to have abandoned workers in a time of crisis. She said a survey of workers found about 90% faced loan repayments.

"The government has helped NagaWorld for many years by giving them a monopoly license so they don't have competition. ... The tax that they pay to the government is also low," she said.

"They earn a lot with the cheap labor costs, so it's time for NagaWorld to repay Cambodia. They have become billionaires."