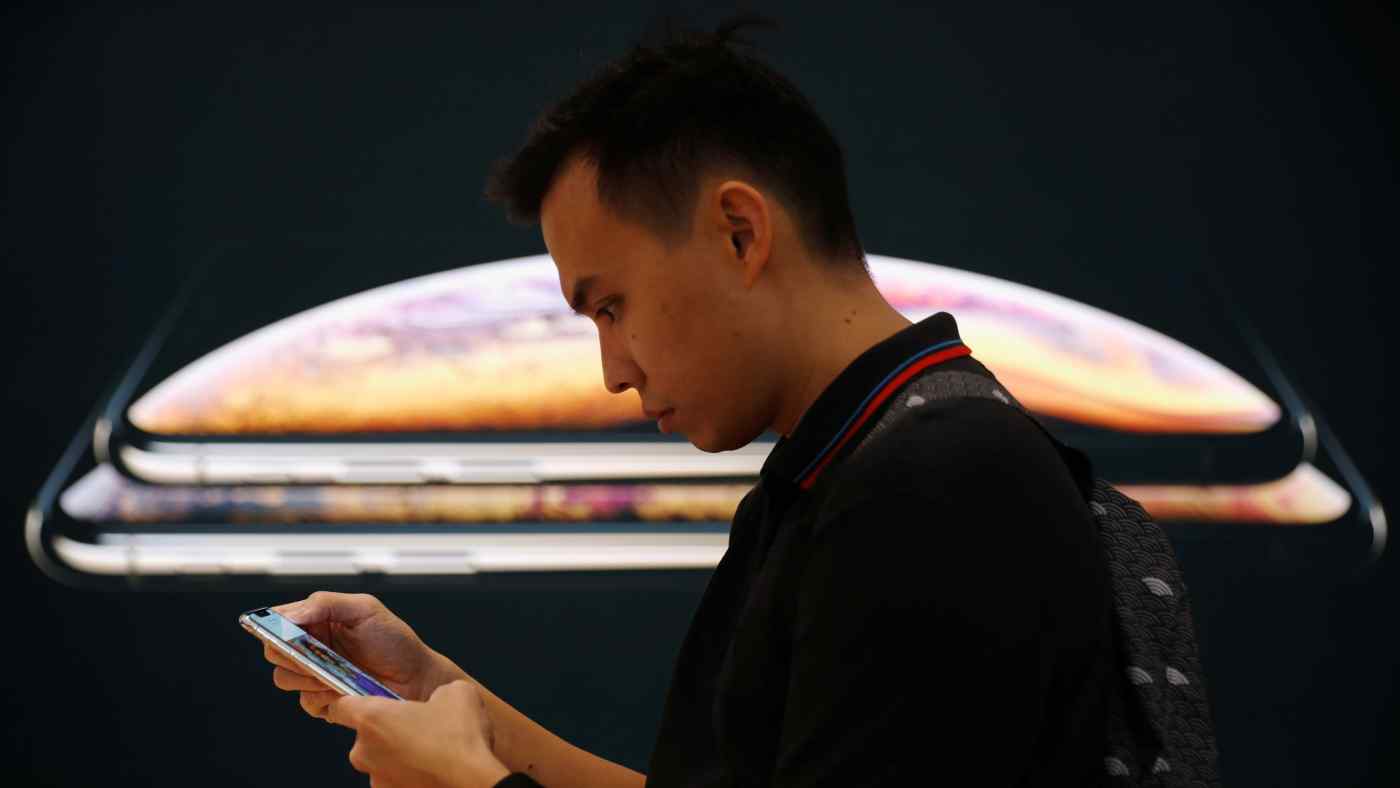 TAIPEI -- Apple is cutting its current production plan for new iPhones by about 10% for the next three months in a sign that the U.S. smartphone maker is expecting a further hit this year, just a week after its market-shaking revelation that it would miss revenue forecasts at the end of 2018.

Apple late last month asked its suppliers to produce fewer of its new iPhones than planned for the January-March quarter, sources with knowledge of the request told the Nikkei Asian Review. It is the second time in two months that the U.S. company has trimmed its planned production for the flagship device.

The request was made before the shock warning issued on Jan. 2 in which Apple said revenues for the final three months of the year would come in at about $84 billion, against previous guidance of $89 billion to $93 billion. That warning -- the first reduction in revenue guidance in 16 years -- triggered a sell-off in stock markets around the world as investors fretted that it is another sign of a slowing Chinese economy.

The latest revision to future production applies to all new iPhone models -- the XS Max, XS and XR, sources familiar with the matter said. "The level of revision is different for each supplier and depends on the product mix they supply," one of the sources said.

Another source familiar with the situation said that under the revised plan, overall planned production volume of both old and new iPhones will be reduced to about 40 million to 43 million units for the January-March quarter from an earlier projection of 47 million to 48 million units.

This decline would represent a year-on-year contraction of more than 20% from the 52.21 million units Apple sold in January-March 2018. But the size of the actual decline may differ somewhat, when deviations in inventories and demand are taken into account. In its last earnings call, Apple said it will stop disclosing iPhone shipments starting from the October-December quarter. 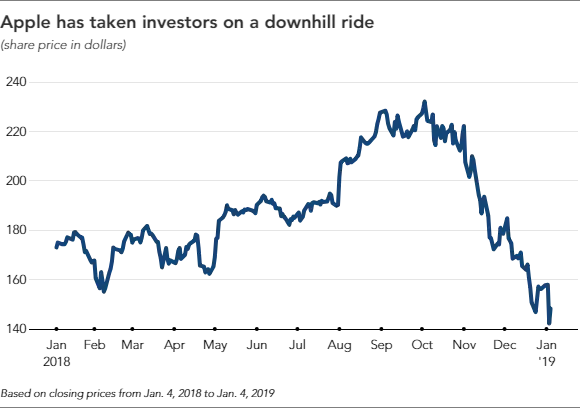 Apple is suffering from a maturing smartphone market and the impact of the U.S.-China trade war, even though most of its products are not yet subject to additional U.S. tariffs imposed on Chinese-made goods. "We did not foresee the magnitude of the economic deceleration, particularly in greater China," Apple CEO Tim Cook said in a letter to investors when announcing the cut in revenue forecast. "We believe the economic environment in China has been further impacted by rising trade tensions with the United States."

Its troubles have spilled into the wider supply chain. Among leading Taiwanese iPhone suppliers, camera lens provider Largan Precision was the first to react to Apple's revenue downgrade. In a regular monthly disclosure, Largan on Jan. 5 said its sales in December plunged 34% on the year and declined 20% from November. Its revenue of 3.22 billion New Taiwan dollars ($105 million) marked its worst December sales performance since 2013.

Metal case supplier Catcher Technology on Monday said it expects sales in the current January-March quarter to fall from a year earlier. Catcher saw revenue tumble 28% in December from the year prior. Of the new iPhone models, Catcher mostly makes metal frames and does glass back assembly for the XR. It supplies a small portion of the frames used in the XS Max.

"We expect the market conditions at the end of 2018 will continue into 2019," Catcher said in a statement to investors, calling conditions "challenging" and describing the outlook for demand as "highly uncertain and volatile."

In early November, Nikkei first reported that Apple had told its main assemblers Hon Hai Precision Industry and Pegatron to cancel a planned production increase for the XR and alerted smaller supplier Wistron that it need not stand by as a buffer for production of the device, the least expensive of the three new iPhones released last year.

At that time, the XR had been on store shelves for little more than a week. Following the Nikkei report, Apple suppliers -- including Cirrus Logic, AMS, Qorvo and Lumentum -- all cut revenue forecasts for the October-December period.