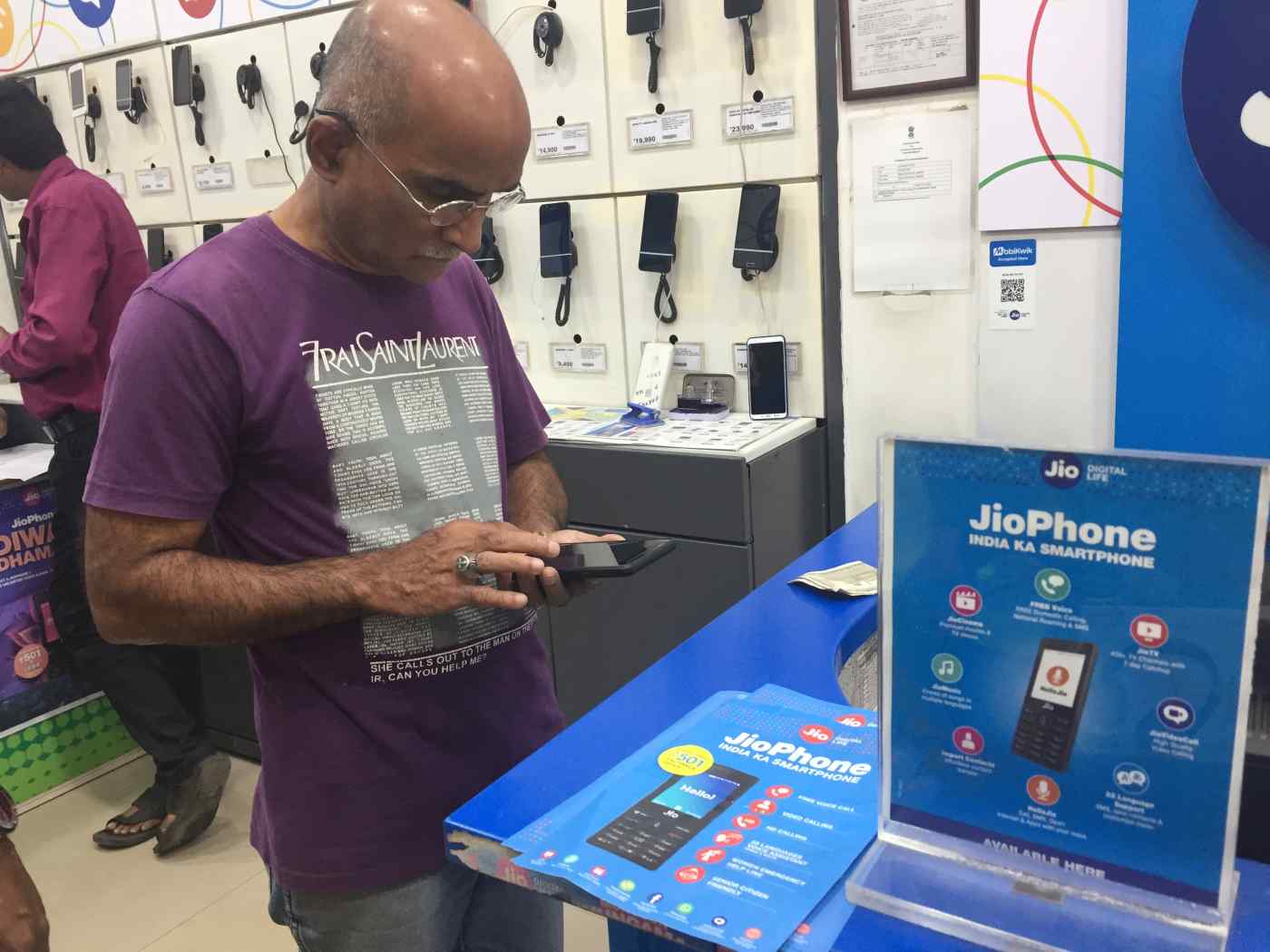 More than 25 million Indians have begun using the JioPhone since the 4G handset with some smartphone features was introduced in July 2017. (Photo by Akira Hayakawa)
AKIRA HAYAKAWA, Nikkei staff writerJanuary 4, 2019 12:05 JST | India
CopyCopied

The 2018 Nikkei Superior Products and Services Awards honor innovations that are not only good products, but also blaze trails for the technologies of tomorrow. The winner of the Nikkei Asian Review Award for Excellence is a cellphone offered at rock-bottom prices by Reliance Jio.

MUMBAI -- People in India's telecom sector refer to Reliance Jio Infocomm as a disrupter. It's no wonder -- Jio became a cellphone service provider in September 2016 and employed an aggressive pricing strategy that prompted consolidation in the industry.

An even bigger disrupter would come 10 months later, when the Reliance Industries subsidiary introduced the JioPhone, opening the mobile internet up to low-income earners in rural India.

The handset is not for sale; consumers who want one have to deposit 1,500 rupees ($21) and agree to a three-year lock-in period. Once the three years are up, users can return the phone and get their deposit back.

The handset looks like a conventional feature phone but with some smartphone features, such as a relatively large screen. It also has 4G connectivity. Fourth-generation speeds allow users to watch YouTube videos and TV shows as well as make video calls. So in some respects, the JioPhone works like a smartphone, except without a touch screen.

Reliance Jio Infocomm offers three prepaid data plans -- 1 gigabyte for 49 rupees, 14 GB for 99 rupees and 42 GB for 153 rupees. All plans are for 28 days and include free voice calls.

As of July, one year after the JioPhone was introduced, it had more than 25 million users. Jeet Narayan Vishwakarama, 28, who works as a driver for an Indian family, traded down to a JioPhone three months ago. "About 15 of my friends use JioPhone and they recommended it to me," Vishwakarama said. Many of these friends had traded up from feature phones to gain mobile internet access.

Vishwakarama had been using a Samsung smartphone but by trading down was able to halve his monthly bill while remaining connected to the internet.

Mukesh Ambani, chairman and managing director of Reliance Industries, explained, "As many as 500 million Indians still use feature phones [and] cannot use the internet. ... Our purpose is to accelerate the Digital Revolution in India with the extreme affordability of the JioPhone."