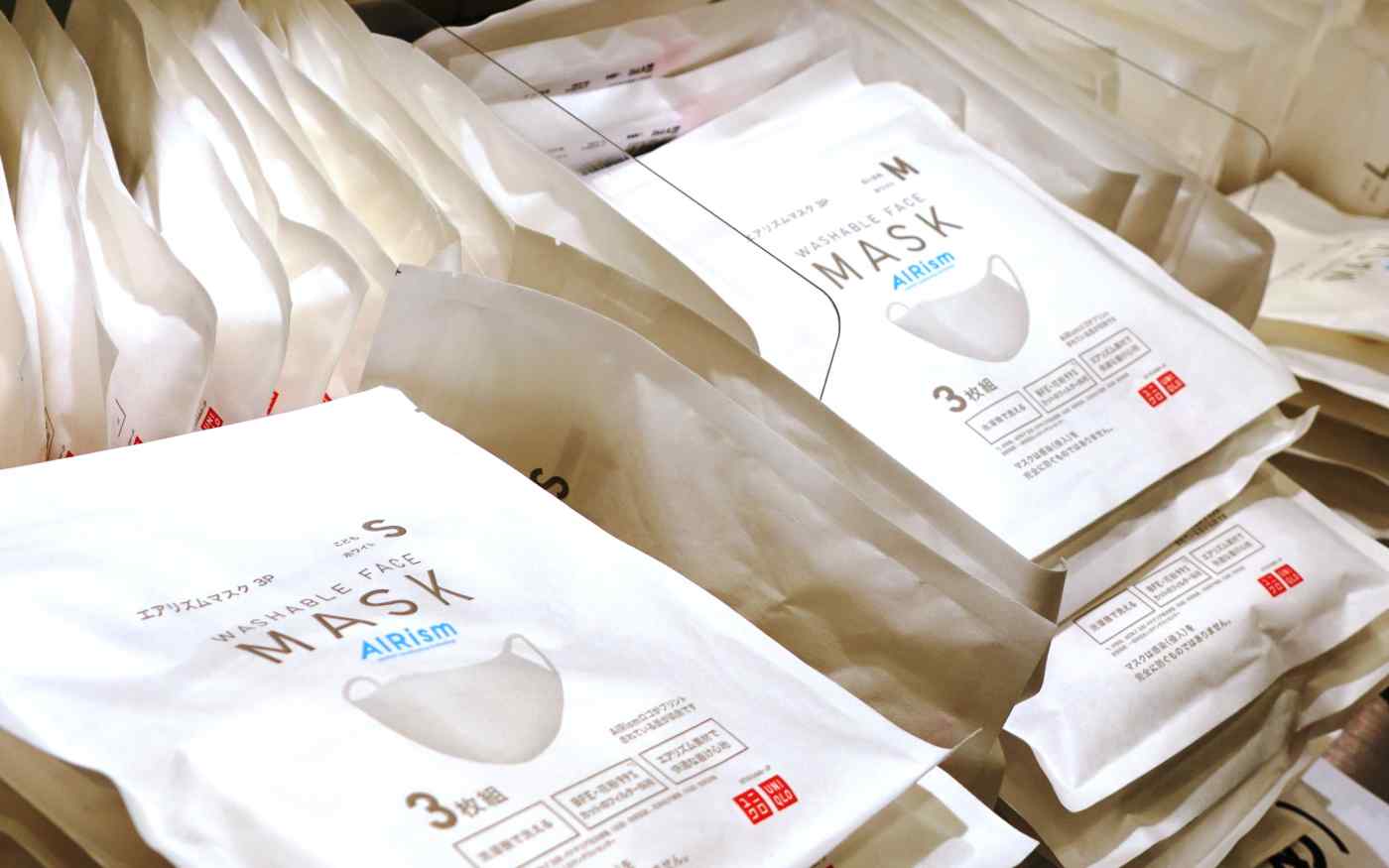 TOKYO -- Japan's immense consumer appetite for masks amid the coronavirus pandemic has disrupted or taken down e-commerce sites run by major companies, raising questions about how to balance customer satisfaction with costs.

Sharp, Mizuno and Fast Retailing brand Uniqlo were all overwhelmed with traffic during much-awaited product launches. Customers assumed that these businesses were ready for the extra traffic. That sites ended up crashing anyway illustrates the difficulty of predicting the magnitude of such surges.

When Sharp opened mask sales to the public at 10 a.m. on April 21 on a first-come, first-served basis, the servers were overwhelmed, causing errors to pop up when users tried placing orders. No one could purchase masks that day, and many failed to even connect to the store.

The company had bolstered the site's capacity, anticipating millions of simultaneous visits at peak times. But volume far exceeded the projection, according to Sharp. A monitoring system misidentified the surge as a cyberattack and blocked many legitimate customers.

The incident led Sharp to switch to a weekly lottery, which it assumed would reduce the number of connections at peak times.

But even this is no guarantee of success. Mizuno's online mask store was inundated with traffic from before its lottery opened in May, forcing the company to temporarily stop taking applications and perform maintenance on the servers.

Website crashes like these are driven by a vicious cycle. A server overloaded with traffic beyond its capacity may shut down. This increases the burden on the remaining servers, heightening the risk of further crashes. And customers who fail to connect may keep refreshing repeatedly, adding to the load.

But this goes only so far. "It takes a few minutes for servers to start up, which is not fast enough to handle accesses that can occur in matter of seconds," said the head of cloud integration at Tokyo cloud system builder Iret.

Besides overwhelmed servers, there are other ways websites cannot keep up with demand. Some customers complained of problems purchasing masks through Uniqlo's web portal on June 19. There is reason to believe that the volume of orders overburdened the database.

E-commerce providers often choose conventional databases to avoid such transaction errors as double payments. But most of these databases cannot automatically adjust to a surge in processing loads, leaving them vulnerable.

A number of online sellers have hit on other ways to avoid a complete website shutdown without fully overhauling their systems.

"Some companies employ methods outside of improving servers and databases, such as displaying 'Please wait' when customers are in the middle of paying," the Iret could integration chief said.