KUALA LUMPUR -- Relatives of passengers who were onboard a Malaysia Airlines jet that disappeared more than two years ago have pleaded with the Australian, Chinese and Malaysian governments to keep looking for the missing aircraft.

The relatives' concerns were raised after the head of the Australian Transport Safety Bureau, which was leading the underwater search for MH370 in the southern Indian Ocean, said there was no indication that the search would be continued beyond August after the designated 120,000 sq. km of ocean had been combed through.

"We are gravely concerned about the impending completion of the search in the current targeted area," the Voice370 group told Agence France-Presse. Voice370 is made up of the families of the 239 people onboard on the plane, which was en route from Kuala Lumpur to Beijing on March 8 2014 when it disappeared. Voice370 aims "to seek the truth about the incident and find our loved ones onboard MH370," according to the group's Facebook page.

ATSB Chief Executive Martin Dolan said on May 20 that there was a "diminishing level of confidence we will find the aircraft," but added that "the remaining 13,000 sq. km is still a lot of territory and it's still entirely possible the aircraft is there."

The authorities' increasing pessimism marks a change from past statements that the search would be a success. Dolan said in July 2015 that MH370 "will be found within the next year." Malaysia's Minister of Defence Hishammuddin Hussein was similarly confident in October 2014 when he said: "We are looking in the right place, we're talking about 99.9%."

The search -- by three vessels -- was due to be wrapped up in July, but delays were caused by bad weather that brought waves of up to 12m. The ATSB reported in its most recent update that "winter weather conditions brought rough seas and strong winds to the search area which impacted on operations."

The ATSB website said that "in the absence of credible new information that leads to the identification of a specific location of the aircraft, governments have agreed that there will be no further expansion of the search area." The search cost is estimated at $130 million, the highest in aviation history, and covers some of the roughest and remotest areas on earth -- "as close to nowhere as it's possible to be," said Tony Abbott, who was prime minister of Australia when the plane disappeared.

The cause of the flight's disappearance is unknown and ranks as one of the world's most baffling and tragic mysteries. The initial confusion over what happened after the flight disappeared from radar and lost contact with air traffic control resulted in a welter of conspiracy theories and unconfirmed sightings of wreckage in the Indian Ocean. The last known position of the aircraft was west of peninsular Malaysia, showing that the plane had diverted from its intended route before it took an unknown course south across the vast ocean. 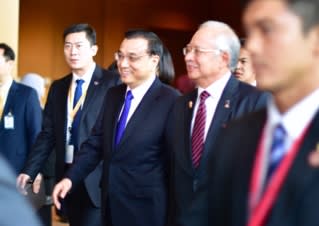 To date, five pieces of debris thought to have been part of the missing jet have washed up thousands of kilometers west of the search zone, first on Reunion island in July 2015, and later on Mozambique, Mauritius and South Africa. The location of the debris suggests that the search operation has been taking place in roughly the correct location, but currents had swept wreckage across the Indian Ocean.

A May 12 statement from Australia's Infrastructure and Transport Ministry described the part that washed up on South Africa as "confirmed as a segment from an engine cowling. It was identified by the Rolls Royce stencil, which was found to be consistent with that developed and used by Malaysia Airlines." It also said that the part that washed up on Mauritius in April was an interior panel from the main cabin and "consistent with the decorative laminate of a work table used at the forward right hand door on Malaysian Boeing 777s."

For Malaysia Airlines, the disappearance of MH370 was but the first major disaster in 2014. Four months later, an MH17 flight from Amsterdam to Kuala Lumpur was shot down over eastern Ukraine, a warzone where Russian-backed rebels were fighting the Ukrainian army. All 298 passengers and crew died as the aircraft broke up mid-air.

Relatives of those onboard MH17 are weighing legal action against Malaysia Airlines. Chief Executive Christoph Mueller announced on April 19 that he was stepping down for personal reasons, halfway through a three-year stint during which the German had hoped to revive the flagging state carrier.

MH370's disappearance has prompted some soul-searching in the aviation sector. The International Civil Aviation Organization, a UN agency, announced on March 8 that aircraft should carry "distress tracking devices which can autonomously transmit location information at least once every minute in distress circumstances" and "to be equipped with a means to have flight recorder data recovered and made available in a timely manner." The ICAO said that cockpit voice recordings should be extended to possibly 25 hours to cover all phases of a flight for all types of operations.

For the families of those onboard MH370, the sense of loss and confusion has not faded. Intan M Othman, the wife of steward Rain Hasnan, said on May 22: "No one wants to tell us what actually happened. We are tired of climbing up and down the stairs looking for the truth. We met ministers, police. My children until today are still asking, where is their father's grave?"

Before the ATSB's latest updates, Malaysia said it would organize a meeting with officials from China and Australia to discuss the future of the search operation. Malaysian Transport Minister Liow Tiong Lai said he was hopeful that the meeting would take place before the designated search area was covered. The relatives of the people onboard the flight have demanded that "a highly concerted effort must be made to find more pieces if the authorities are interested to solve the mystery."

Whether that happens will hinge on any future discussion between the three countries. Malaysian Prime Minister Najib Razak promised in August 2015: "The government of Malaysia is committed to do everything within our means to find out the truth of what happened. MH370's disappearance marked us as a nation. We mourn with you, as a nation."

A flicker of hope for the relatives that the search -- although perhaps on a smaller scale -- may be continued came in a statement on May 19. MacArtney Group, an underwater technology company, stated in a press release that it won a tender to supply an underwater winch for a deepsea sonar device used in underwater searches. Without giving further details, the release also said that "the search for flight MH370 is going to be reinitiated in June 2016 by an Australian-based search team."

MacArtney declined to elaborate on the statement and Australian authorities could not be reached for comment.