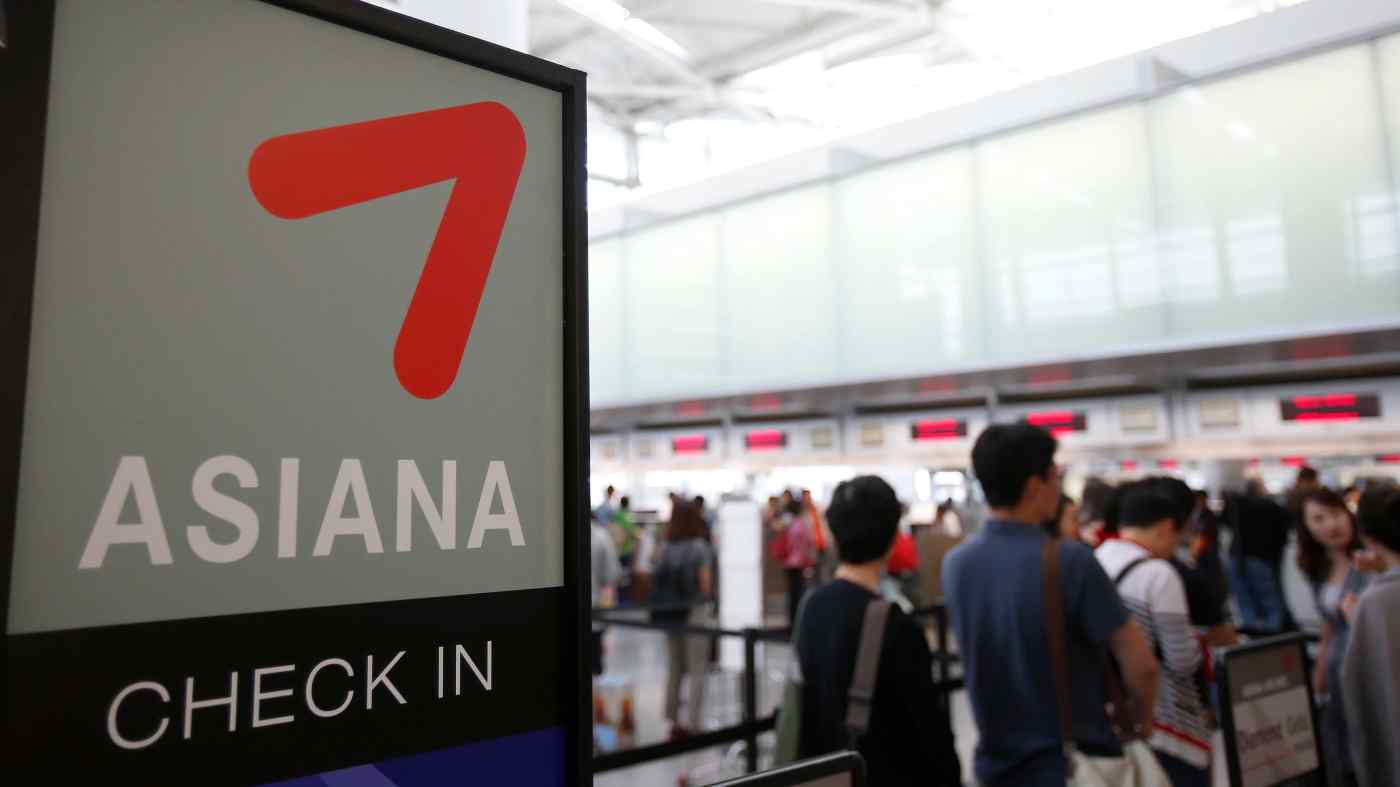 SEOUL -- Kumho Asiana Group has fallen far from its days as South Korea's seventh-largest chaebol conglomerate and will no longer even qualify as one after it sells off crown jewel Asiana Airlines -- a saga of rise and ruin that happened on the watch of the founder's own sons.

"Chairman Park [Sam-koo] was the one who changed the group name from Kumho to Kumho Asiana," an executive of a group company said. "He's probably filled with regret."

The sale of his cherished Asiana Airlines, announced April 15, added insult to injury for Park after his resignation as chairman was announced in March. And the insults may keep coming.

Group founder Park In-cheon was a self-made man. Born in 1901 to a poor farm family in the southwestern province of South Jeolla, he traveled to Japan before returning to the Korean Peninsula after World War II. He bought two used cars to start a taxi service that expanded into busing, tiremaking and rubber production as it grew into one of the region's top chaebol.

His five sons would follow as successors by order of seniority, an unwritten rule that has survived to this day. The eldest son, Park Seong-yong, became the group's chairman after his father's death in 1984. He went on to establish Asiana Airlines as South Korea's second-largest carrier, behind Korean Air Lines.

But the unwritten rule may no longer hold after the feud between Park Sam-koo, who has pursued an aggressive expansion to reach his goal of becoming a top five chaebol, and his younger brother Park Chan-koo, who prefers a more modest course.

Guided by a belief that only the strongest companies survive, Park Sam-koo bought Daewoo Engineering & Construction and logistics provider Korea Express in the 2000s. Each company occupied the highest echelons of its industry in South Korea at the time, and acquiring them made Kumho the seventh-largest chaebol by assets.

But at his peak, Park Sam-Koo ran into unexpected trouble from the 2008 financial crisis that left his debt-strapped group lacking for cash. Park Chan-koo broke an agreement with his elder brother in selling his shareholdings in core group company Kumho Industrial to raise his stake in Kumho Petrochemical, a successful operation he led.

Park Sam-Koo decided to remove Park Chan-koo from his post and step down as chairman in July 2009, hoping to quell the situation. But the younger brother managed to break Kumho Petrochemical off from the group in 2010.

Park Chan-koo was said to have opposed the Daewoo acquisition from the start. He apparently could not stand how Kumho Petrochemical was picking up the tab for his brother's mismanagement. Kumho would eventually have to sell both the Daewoo unit and Korea Express after losing Kumho Petrochemical's revenue base.

The siblings are thought to have a longer history of discord as well. "The instinct of managers is to make their company bigger," a Kumho executive said. "Park Sam-koo felt that he could not entrust the company to his younger brother who felt differently."

Interest is now growing in South Korea in whether the younger Park will buy Asiana Airlines. The Kumho Petrochemical chairman already controls a roughly 12% stake in the carrier. His company has said it has no intention of taking the initiative on bidding for the airline but will consider joint acquisition proposals.

The chaebols' hereditary system of leadership has sparked many household disputes as siblings fight for control of their families' companies.

Hyundai Group is a prime example. When founder Chung Ju-yung died in 2001, he designated Chung Mong-hun, his fifth-oldest son of eight, to lead the conglomerate. But Chung Mong-koo, the second and oldest surviving son, opposed the appointment and broke off the automobile division he led in protest. Other brothers followed suit, and the group was dismantled.

Lotte Group is also split by bad blood between Shin Dong-bin, who leads South Korean operations, and older brother Shin Dong-joo, who leads Japanese operations. The younger Shin was given control but remains locked in a court battle with his elder sibling.

Hereditary succession is also expensive for founding families because of the inheritance taxes paid to pass down needed shares. The managerial infighting, combined with these expenses, appears to be pushing the system to its limits.