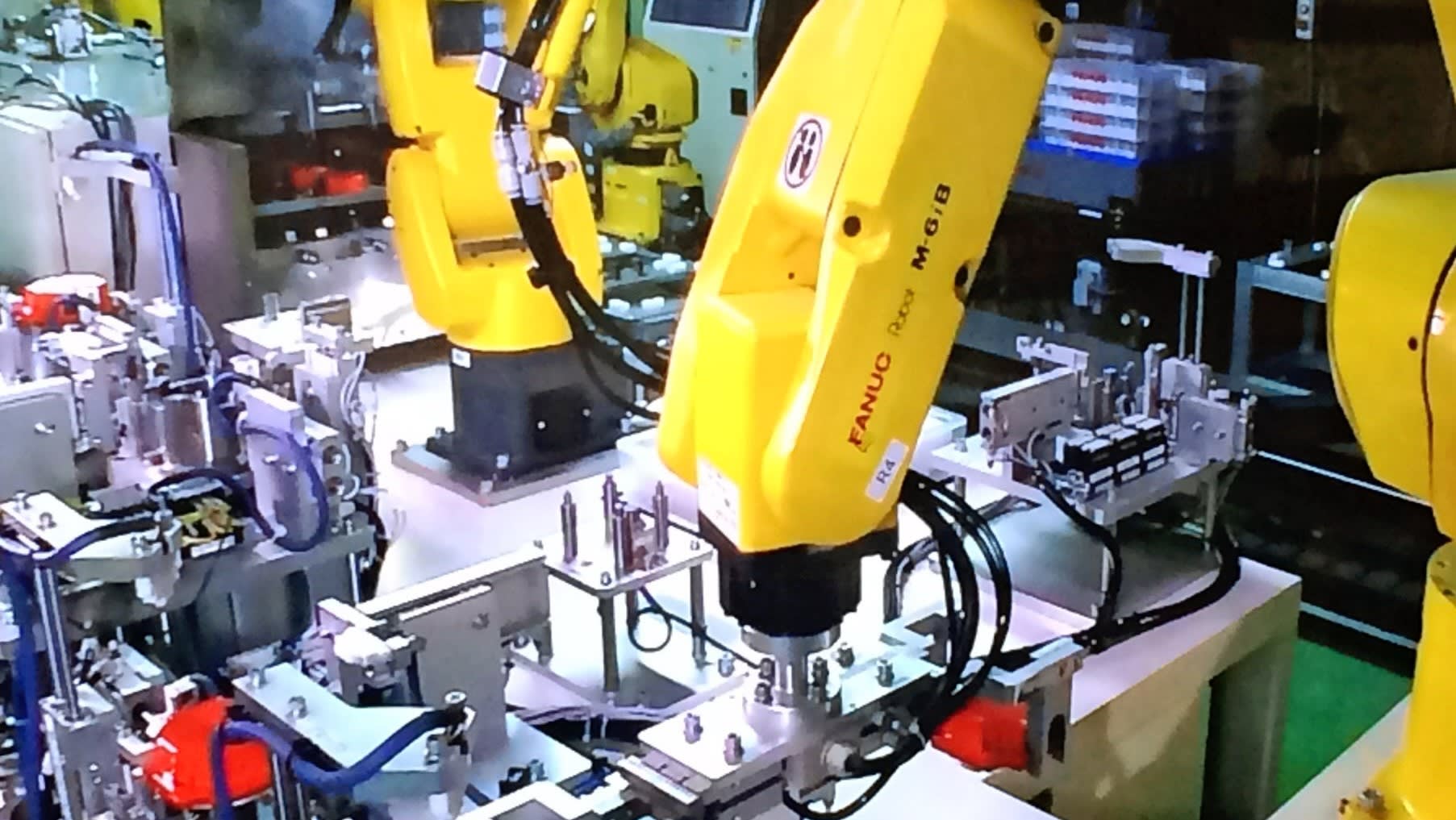 TOKYO -- Japan's Fanuc, one of the world's premier industrial robot makers, has surprised investors by forecasting a 24% drop in earnings for the year as it braces for the effects of the U.S.-China trade war and the already slowing smartphone industry.

"We knew Fanuc would put out a conservative outlook, but not to this extent," said Shinji Kuroda at Credit Suisse Securities (Japan).

Fanuc on Thursday forecast a net profit of 137.7 billion yen ($1.26 billion) for the year that began April 1, which would represent a decline of 24% on the year. That falls far short of the consensus view of a roughly 10% increase to around 200 billion yen.

The maker of bright yellow robotic arms sees sales sliding 13% to 634.2 billion yen, while analysts had anticipated growth of around 6%.

Fanuc, which controls most of the global market for factory automation, has been the market darling of the Tokyo Stock Exchange among foreign investors. When it held an event a week ago to showcase its products at its headquarters in the foothills of Mount Fuji, 9,000 representatives from customers gathered.

Yet Fanuc has reasons to be cautious. One factor is slowing growth in sales of smartphones. Capital spending by Chinese smartphone manufacturers has fueled Fanuc's robust earnings. Its Robodrill machines are widely used in the industry, but now manufacturers are cutting back on investments.

That much was known. Where Fanuc chose to err on the side of caution was on the potential for an escalation of the trade clash between the U.S. and China and the risk of a stronger yen.

Reduced exports to the U.S. could discourage Chinese manufacturers from making the kind of labor-saving, quality-boosting factory investments that Fanuc has profited from in recent years.

As for the Japanese currency, Fanuc based its fiscal 2018 guidance on an assumed exchange rate of 100 yen to the dollar, giving itself a wide margin of safety from the current level of around 109 yen.

For the year that ended March 31, Fanuc's net profit jumped 42% to 181.9 billion yen on a 35% rise in sales to 726.5 billion yen. Demand for industrial robots grew in the U.S., Europe and China, while numerical control devices -- which serve as the brain for machine tools -- also sold well.

"With business confidence in Japan and abroad improving, a sudden decline in machinery orders is unlikely," said one analyst baffled by Fanuc's caution.

This is not the first time Fanuc has issued conservative initial guidance. It forecast a profit decline at the start of last fiscal year, only to upgrade its view three times.

"They probably want to assess the situation for a while before raising guidance a couple of times again this fiscal year," an executive at an asset management company said.