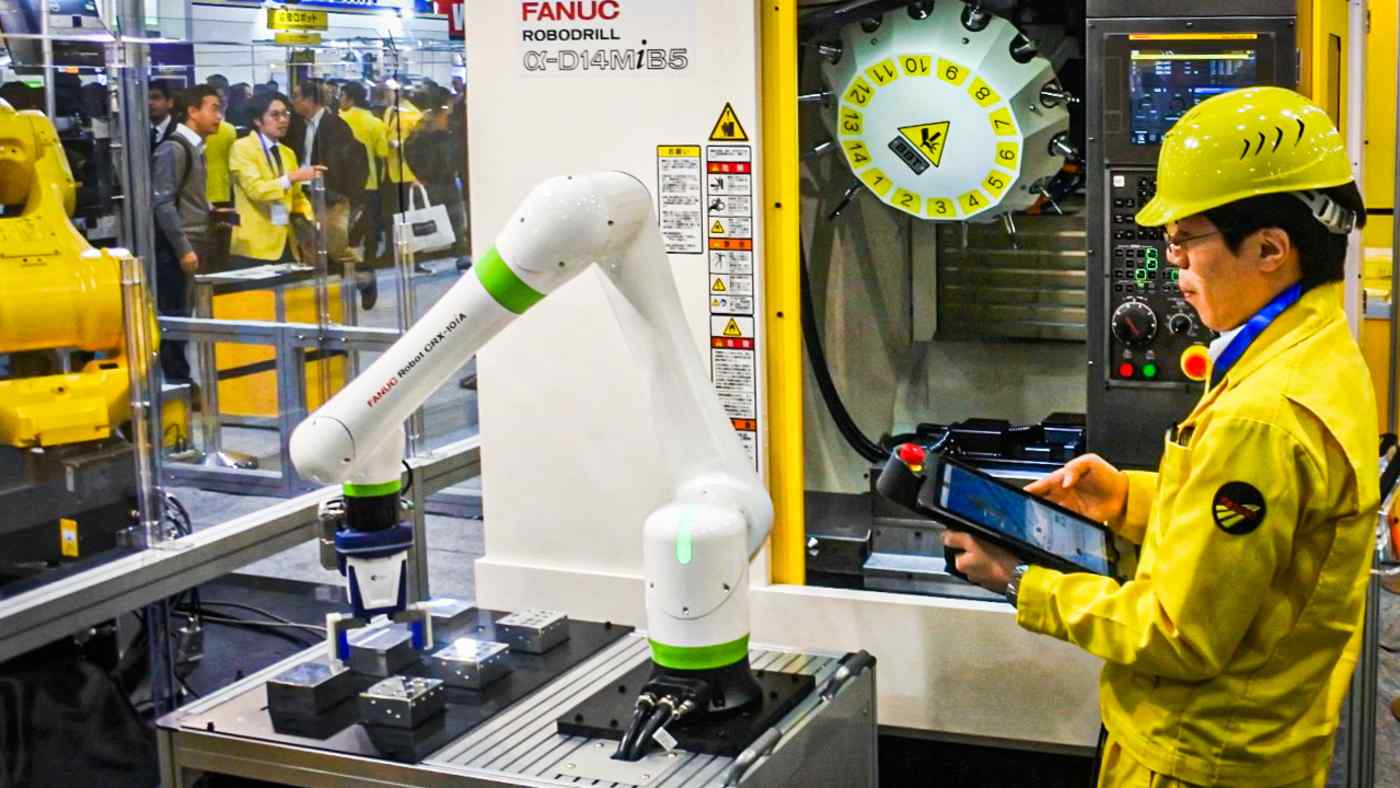 TOKYO -- Factory automation is no longer the sole preserve of big manufacturers thanks to Fanuc's new robotic arms that can be controlled with tablet apps.

The lightweight CRX Series machines are easier to install and program than conventional models, as they do not require dedicated controllers. The equipment runs on apps developed by Fanuc, which says it has significantly lowered the hurdles for smaller manufacturers to bring robots into their plants.