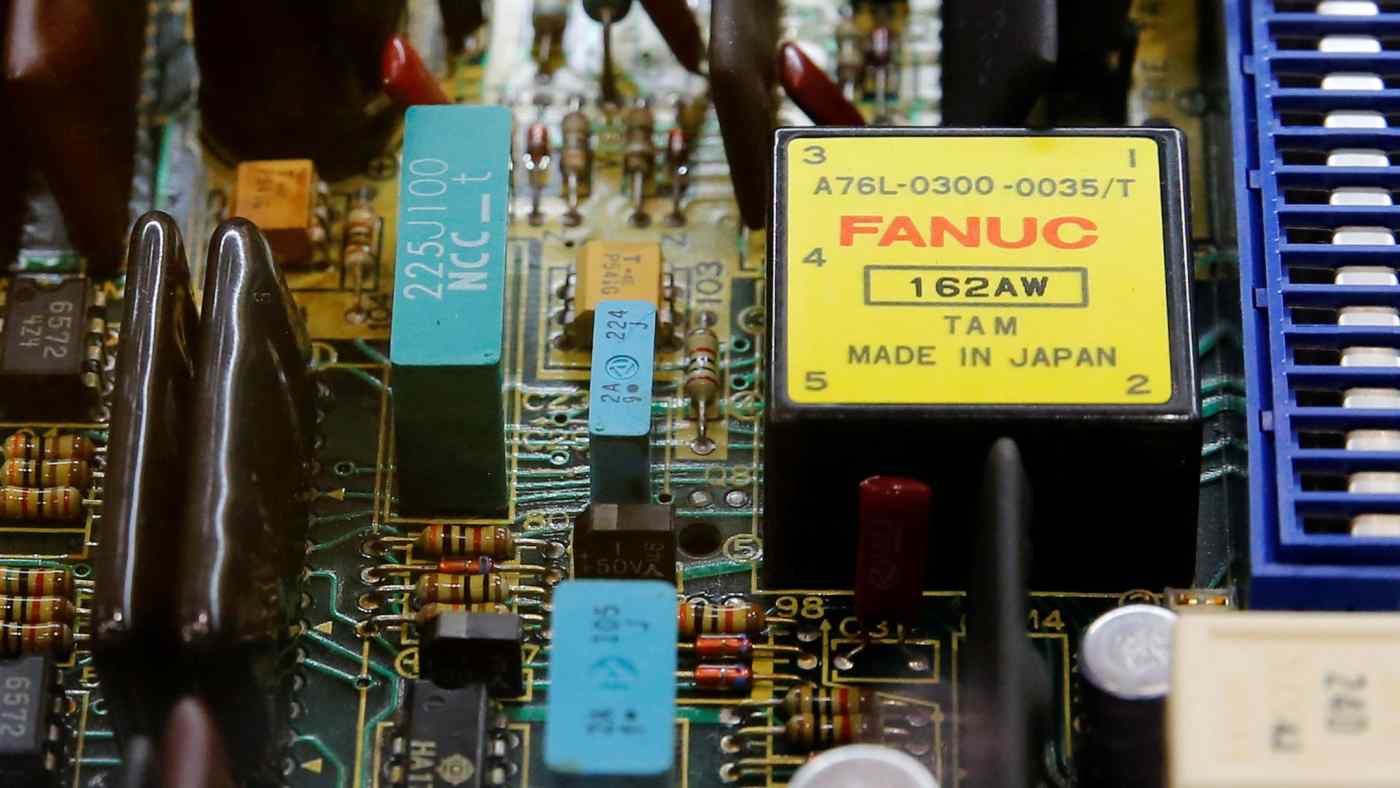 TOKYO -- Fanuc's decline in orders amid an otherwise bright April-June quarter suggests Chinese buyers are pulling back on investment over fears of damage from a trade war with the U.S., setting up the Japanese robotics and automation company for a rough year.