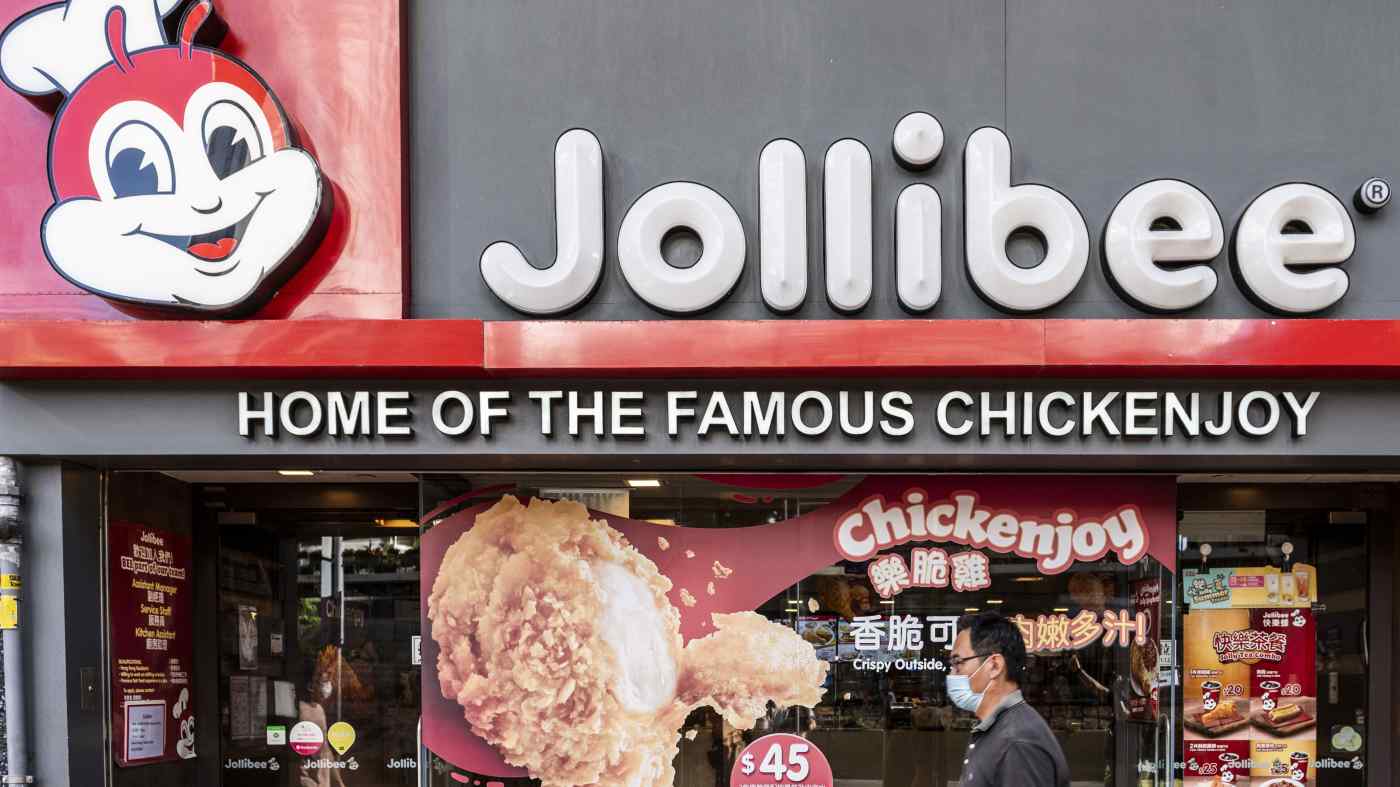 Jollibee is the latest Philippine company moving to tap the nascent market for REITs to fund its post-pandemic recovery. Major property developers began lining up for REIT listings on the Philippine Stock Exchange last year after the government relaxed public ownership and tax rules.

Under the terms of their agreement, Jollibee will purchase shares of CentralHub Industrial Centers -- a Double Dragon subsidiary -- and also transfer some of its properties to the REIT in transactions totaling 3.97 billion pesos ($79.6 million). CentralHub's initial public offering is planned for next year, though the size of the deal has yet to be determined, Jollibee said.

Jollibee said the move will reduce assets currently tied up in real estate, allowing it to focus on its core food service and restaurant operations.

"We will use the proceeds from the eventual IPO of CentralHub to finance real estate investments for our new stores and commissaries, which we will convert again into more investments and shares in the REIT," said Jollibee founder and Chairman Tony Tan Caktiong.

The fast food giant will transfer 16.4 hectares of industrial properties that currently house facilities for making supplies like bread and sauces to CentralHub. The infusion will bring the REIT company's portfolio to nearly 40 hectares, which include cold storage and logistics centers.

"We are excited to work together with Jollibee in developing CentralHub into the largest landlord of industrial warehouses in the country," said DoubleDragon Chairman Edgar Sia. "We see CentralHub [becoming] a major recurring income contributor to DoubleDragon."

The deal deepens the partnership between the two chairmen that began in 2010 when Jollibee took over Mang Inasal, a barbecue chicken chain founded by Sia. The pair, who are among the most admired entrepreneurs in the Philippines, jointly own Double Dragon, which had a blockbuster stock market debut in 2014.

This week, Philippine regulators also approved the IPO of office space developer Filinvest REIT -- formerly Cyberzone Properties -- which aims to raise up to 14.9 billion pesos. The company plans to sell shares from July 26 to Aug. 3 and list on the PSE on Aug. 12.