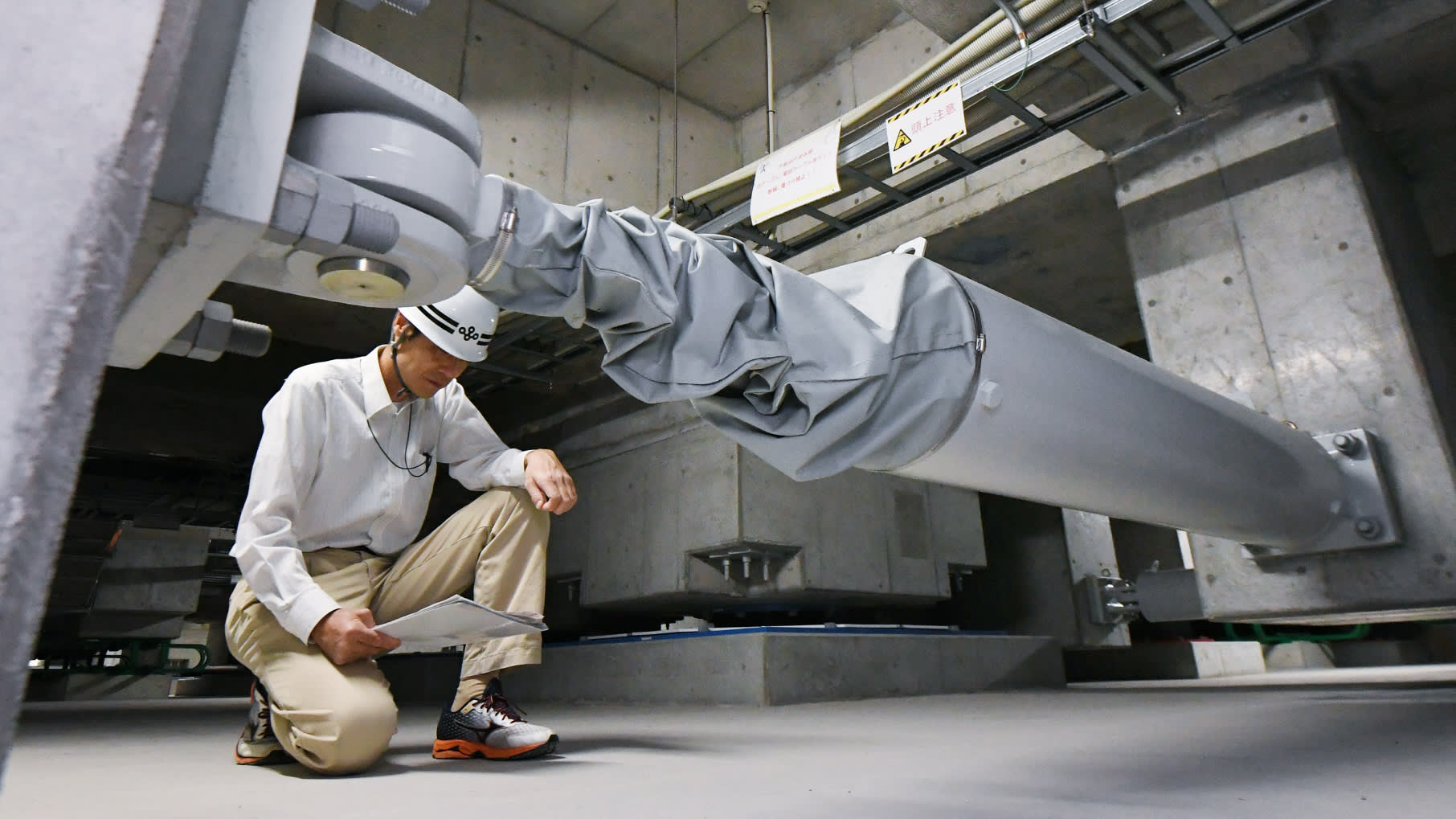 TOKYO -- The Japanese company that falsified quality test data on earthquake dampers admitted Friday that it supplied the questionable products to Taiwan, on top of the wide swath of private and government properties at home.

Tokyo-based hydraulics parts maker KYB revealed in a press conference that it exported to Taiwan quake-damping devices and seismic isolators that did not satisfy local quality standards. "I don't have specific figures [of the cases in Taiwan] now, but the figure is much less than Japan," said Shigeki Hirokado, president of Kayaba System Machinery, the KYB subsidiary that produces the devices.

The dampers function as a type of shock absorber that reduces shaking caused by earthquakes.

The suspect dampening devices were mainly used for apartments in Taiwan, Hirokado said, adding that the products have not been shipped to other overseas markets. When asked if the company needs to exchange the products, he said, "We will talk with customers."

This latest disclosure comes after KYB said earlier this week that the quake dampers on which data had been doctored were used in roughly 1,000 buildings across Japan. On Friday, the company specifically named 70 structures, including the Ministry of Finance and Cabinet Office buildings.

KYB first discovered the problem in early August through a whistleblower report. On Tuesday, it publicized the results of an internal investigation into the data manipulation, which is assumed to have started in 2003.

The company says it will replace all the suspect products it shipped, but the monthly production capacity at Kayaba System Machinery hovers at around 100 units. The group plans to cancel new orders for the short term, then quintuple capacity next year.

Because the switch-outs involve breaking down walls and other destructive activities, KYB will need to discuss terms with building owners, which will prolong the work. The company estimates the entire project will conclude in September 2020.

Furthermore, KYB could face a hefty compensation bill. Toyo Tire & Rubber, which was found in 2015 to have supplied faulty quake shock absorbers, has booked over 140 billion yen ($1.24 billion) in total extraordinary losses since that year. Materials maker Asahi Kasei recorded in fiscal 2015 losses totaling 1.4 billion yen due to a similar scandal, in which an affiliated contractor falsified data concerning foundation piles.

For the fiscal year ended March, KYB earned a net profit of 15.2 billion yen on sales of 392.3 billion yen, while net assets amount to 180 billion yen. At this point, the amount of work needed to replace faulty quake dampeners is expected to be more than six times the scale taken on by Toyo Tire.