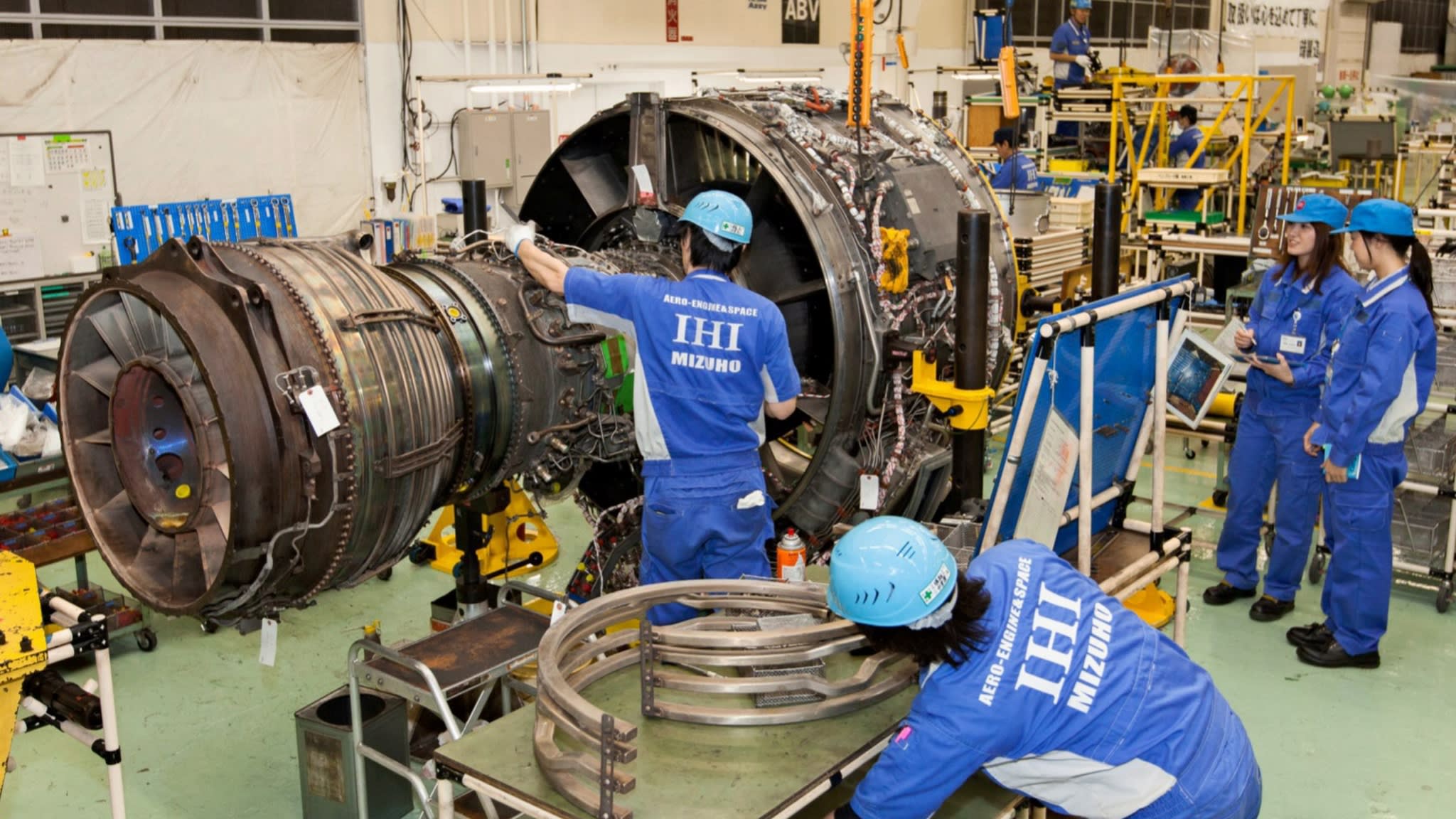 In a practice that apparently dates back several years, personnel not certified by the ministry had been handling inspections for at least part of the engine maintenance process. Several hundred engines were affected.

The company also allegedly attempted to cover up the practice by applying the seals of approval from qualified individuals to work that in fact had been performed by unqualified staff.

Transport ministry officials discovered the repair and testing irregularities at the company's Mizuho works in Tokyo during an on-site inspection conducted under provisions of the Civil Aeronautics Act. The ministry is weighing an official improvement order or administrative guidance to force compliance, given the rigorous safety measures required for aircraft engine maintenance.

"It is very regrettable," said Transport Minister Keiichi Ishii on Tuesday. "We are looking into the misconduct, and we are going to consider steps, including administrative actions."

IHI has no immediate plans for a recall and expects earnings to be unaffected, claiming that the inadequate inspection is limited to aspects of the maintenance process with relatively little impact on safety.

But the company said it apologizes deeply to those who were entangled in the alleged malpractice.

Aircraft engines are disassembled and inspected after spending a certain length of time in flight, with parts that have suffered degradation repaired or replaced. IHI carries out around 100 maintenance orders per year -- mainly for budget carriers at home in Japan or abroad -- on passenger plane engines at its Mizuho works in Tokyo.

The transport ministry is looking into how the improper inspections took place. Aircraft engine maintenance is regulated by the civil aviation law, and personnel carrying out inspections are required to receive certification.

The rapid rise of low-cost carriers has increased demand for maintenance on aircraft engines and airframes. IHI has been leveraging its experience in engine manufacturing to grow its share of the market, with a new works set to begin operating this year in Saitama Prefecture, near Tokyo.

The scandal could deal a blow to a field central to IHI's growth strategy. The aero engine, space and defense segment, including maintenance, brought in about 80% of group operating profit for the year through March 2018, or 60.1 billion yen ($537 million at current rates).

Investors may take a harsh view of the incident given IHI's history of compliance issues. In 2007, heavy losses in the energy and plant business forced the company to restate already-released earnings, leading the Tokyo Stock Exchange to place the shares under special supervision.

News of the incident prompted a sell-off by investors concerned about the effects on earnings, with IHI shares tumbling 154 yen on Tuesday morning to 2,833 yen, down about 5% from Monday's close.