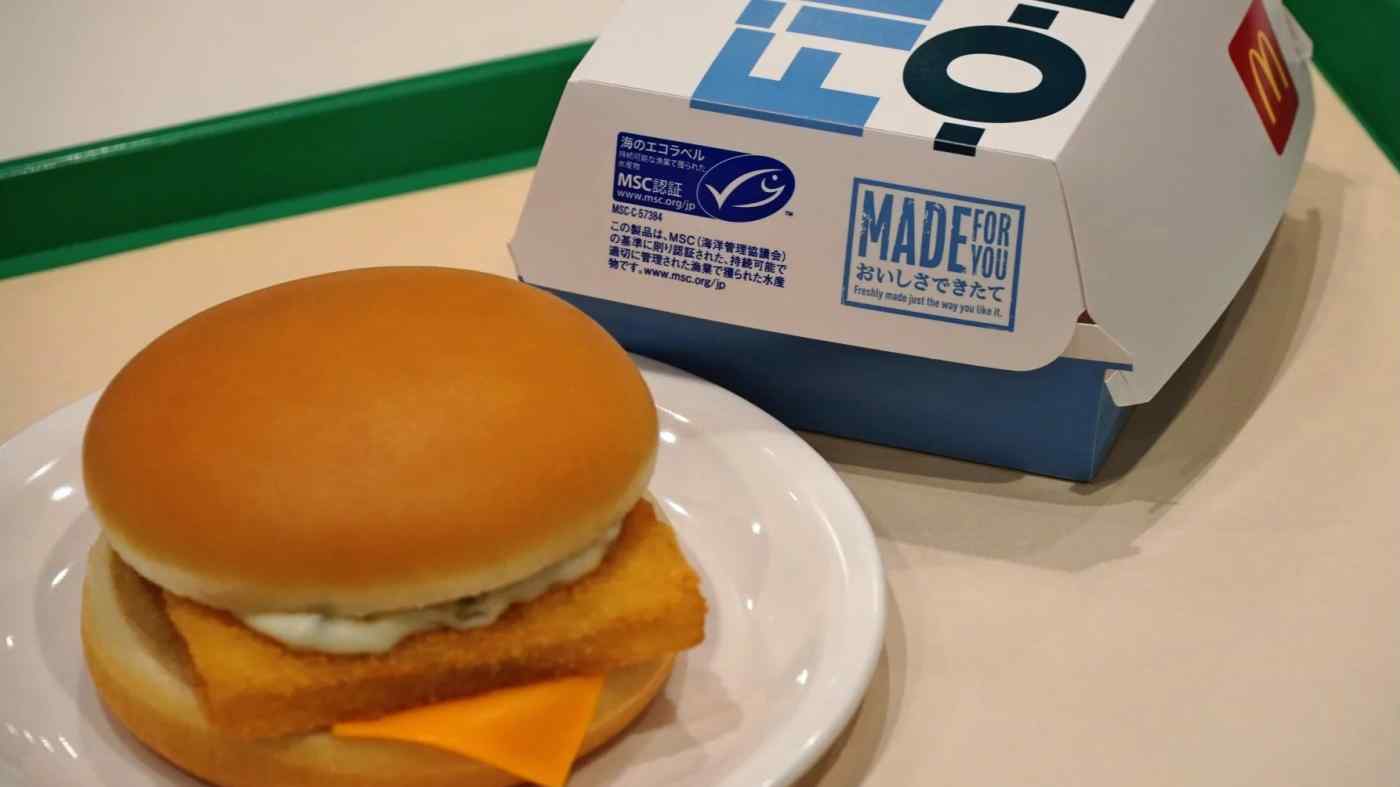 TOKYO -- McDonald's (Japan) has reworked how it prepares the popular Filet-O-Fish sandwich for the first time in 25 years, freezing the fish just once instead of twice to preserve more of the original texture and flavor.

The filet is made with Alaska pollock caught in the Bering Sea. The McDonald's Holdings (Japan) unit had frozen the fish and sent them to Thailand, where they were thawed for skinning and deboning before being refrozen and processed into the familiar square breaded patties.

Japanese fish processor Delmar recently set up Alaska facilities that can handle skinning and deboning, skipping the initial freeze-and-thaw step. Now the fish will be thawed only when the sandwiches are made in-store.

The change halves the amount of water used for thawing and slashes carbon dioxide emissions from the production process by 38%, thanks to more efficient transportation and electricity usage, the fast-food purveyor said in its announcement Monday.

The Filet-O-Fish has been sold in Japan since McDonald's debuted here in 1971. The sandwich, its only fish-based menu item, is particularly popular with women and older customers.

The revamped Filet-O-Fish costs 340 yen ($3.13) -- the same as the old one -- and will be phased in across the country by Thursday. The packaging will be redesigned this year as well.