Five things to watch for as Alibaba and Tencent reveal earnings 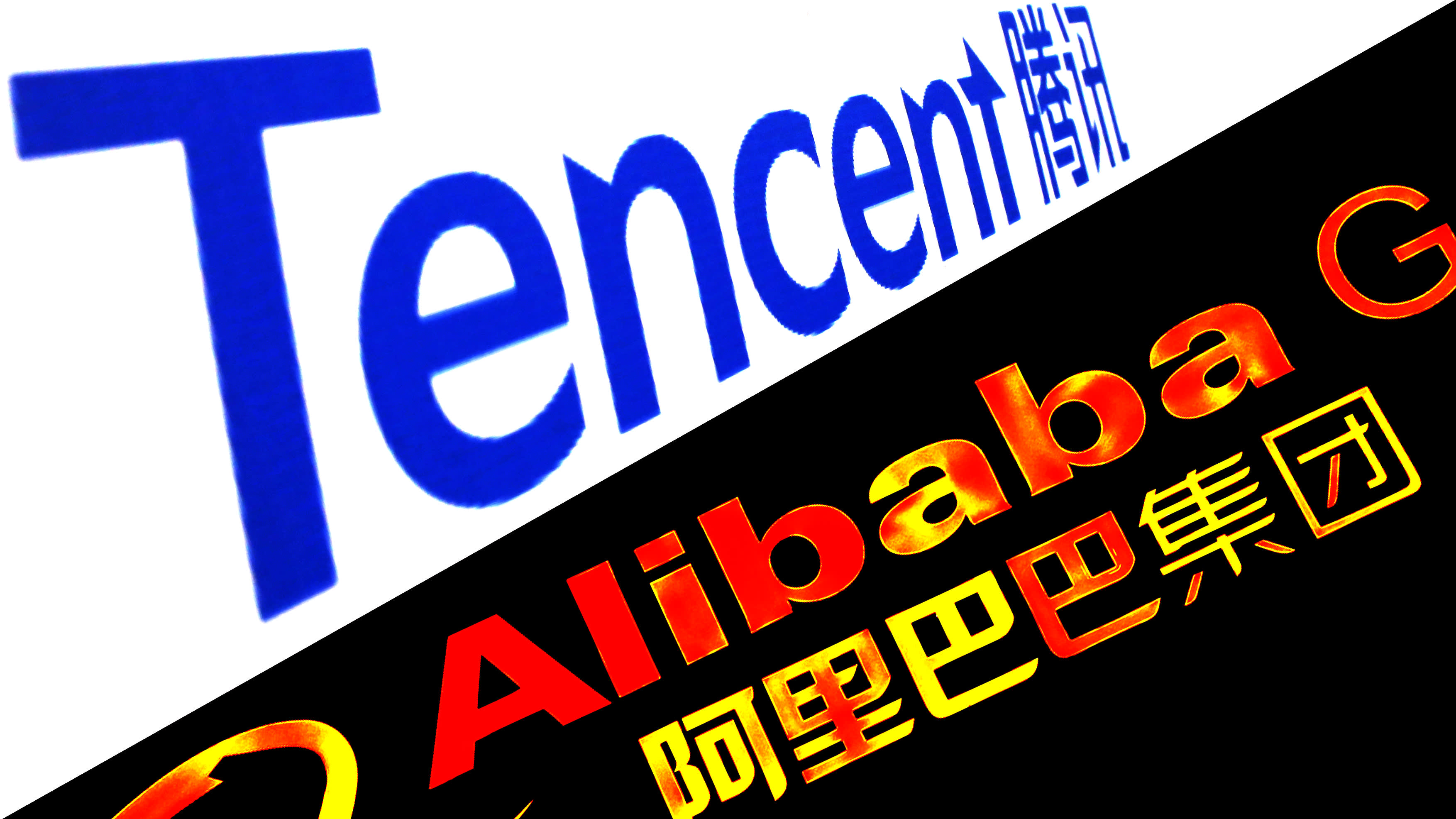 The slowing Chinese economy poses a long-term threat to Tencent and Alibaba, especially as the U.S.-China trade conflict escalates.

HONG KONG -- Chinese e-commerce company Alibaba Group Holding and social media group Tencent Holdings have begun to look very much alike. Both have expanded into new fields such as cloud computing and artificial intelligence. Both have set their sights outside China. And the two companies -- one listed in New York, the other in Hong Kong -- have even chosen the same day to report their earnings.

As Alibaba and Tencent unveil their financial results on Wednesday, here are five things analysts will be watching.

China's sluggish growth hampered both companies in the fourth quarter of 2018. Alibaba grew at the slowest pace in three years, as Chinese shoppers skipped big-ticket items, while Tencent suffered its steepest decline in quarterly profit since 2005 in part because of weaker advertising spending.

As Beijing announced better-than-expected GDP growth for the January-March period, analysts are waiting to see whether the companies reaped any benefits. Even so, market watchers say the economic slowdown will remain a long-term threat, especially as the U.S.-China trade conflict looks to be escalating.

Alibaba and Tencent in recent years have turned to corporate clients to fuel growth. They have invested heavily in cloud computing -- a market worth $77 billion globally last year, according to market research company Canalys. In China, Alibaba is the undisputed leader in the cloud segment, with a 43% market share in the first half of 2018, based on IDC estimates. Tencent was second with 11.2%.

Progress in the cloud sector is critical to their future success. Not only does the business provide alternative income, but it also paves the way for other services like AI analysis -- another sector in which the two companies are racing head to head. The two companies' pivot toward corporate clients is partly driven by Beijing. In Tencent's case, this has come as the authorities have tightened their grip over online gaming, blaming it for ills such as rising rates of nearsightedness among youth.

With the Chinese economy losing steam, Alibaba and Tencent have stepped up efforts to expand overseas. AliExpress -- an e-commerce business under Alibaba that sells goods from Chinese retailers in more than 150 countries -- will soon allow retailers from other countries to sell on its platform, according to the Financial Times.

Tencent, for its part, recently signed a five-year deal with Singapore-based online game publisher Sea to sell its game titles in Southeast Asia.

Their global endeavors are not limited to their core businesses. Earlier this month, Tencent said its cloud division will beef up its international presence with a goal of increasing overseas revenue fourfold in 2019.

Although Alibaba and Tencent have faced similar roadblocks, each has encountered unique challenges, too.

Ming Lu, an analyst with financial network Smartkarma in Shanghai, called "margins" the biggest issue facing Alibaba. As cloud and other new initiatives have required massive investments but remained in the red, the company's attempts to diversify are weighing on profitability.

Credit rating agency Moody's warned investors in a research note last month that Alibaba's adjusted EBITDA margin would dive below 25% in 2019, from roughly 45% five years ago.

Although Beijing resumed game license approvals in December, Tencent's hugely popular mobile title PlayerUnknown's Battlegrounds still had not received the nod from regulators last week, when the company decided to drop the game in China.

The company is trying to usher users over to a similar game that praises the Chinese People's Liberation Army. The shift has highlighted the regulatory uncertainties facing Tencent and other gaming companies.

Daiwa analysts downgraded Tencent's stock from "Buy" to "Outperform" on May 2, citing weaker revenue growth forecasts for online games among their chief concerns. Despite Tencent's drive to tap other businesses, online games still accounted for nearly 29% of its total revenue during the October-December period.